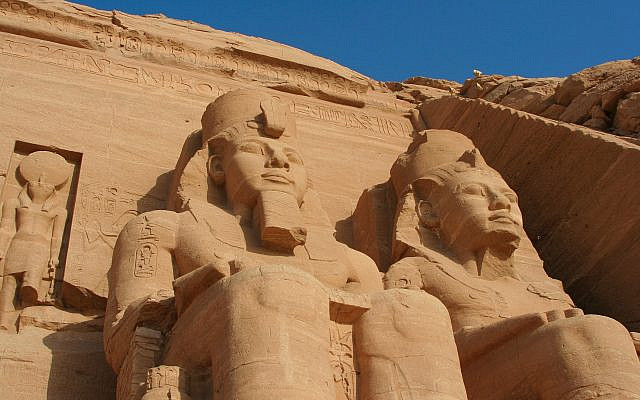 When the truth becomes abundantly clear, who can deny it? Who can stand before the unmistakable reality in fervent disbelief? In Parshat Va’eira, we see Pharaoh succumb to those inclinations, rejecting the notion that Hashem exists and is with the Jewish people.

Despite receiving repeated demands to release Bnei Yisrael from their slavery, Pharaoh refused to comply; Moshe and Aharon’s efforts to diplomatically resolve this situation and have Pharaoh recognize Hashem had failed. Beginning with Aharon’s staff morphing into a snake, explicit signs of Hashem’s power followed. Pharaoh soon experienced and witnessed the ten makot (plagues), yet their results were arguably faulty.
Noting Pharaoh’s response to these makot is very interesting, especially when considering his varying responses.

After seeing the first makah (plague) where the Nile’s water turned into blood, the Torah says, “Pharaoh turned and went into his palace, paying no regard even to this” (Shemot 7:23). This apathetic attitude is quite underwhelming; especially given the idea that Egyptians actually worshipped the Nile, how could such a supernatural anomaly be met with such indifference (Midrash Tanchuma, Vaera 13:1)?

The Or HaChaim notes that not every makah elicited the same response from Pharaoh. For example, once the Nile was bursting with frogs in the second makah, Pharaoh pleaded to Moshe and Aharon to have Hashem remove the frogs from Egypt. Yet, when the swarming insects came in the third makah, Pharaoh did not request for them to end, despite his own magicians acknowledging “This is the finger of God!” (Shemot 8:16).
Tying these apparent inconsistencies in behavior together, the Or HaChaim explains that Pharaoh was only concerned with makot which posed deathly threats to himself. In assessing each makah and its parameters, he validates his theory.

We are left with the question as to why did these makot happen? If Pharaoh was only concerned with what threatened his life, what purpose did those other makot serve?

Nechama Leibowitz records the Abarbanel’s fantastic insight on this question. Essentially, he explains, there were three fundamental principles about Hashem that Pharaoh denied: (1) Hashem as the Creator of the world, (2) His providence, and (3) His all-powerful nature to change anything at His will. According to the Abarbanel, those paralleled to the first nine makot; the first three testified to Hashem as the true and only God, the next three asserted His providence, and the last set of three showed His transcendence of the laws of nature.

Pharaoh denied the truths of life, reality, and Hashem. His life was veering off its normal course, his reality was not abiding by any natural laws, and his eyes were so clearly seeing Hashem. Nevertheless, Pharaoh blinded himself with denial and disbelief.

Miracles are found in our everyday lives as reality itself is the greatest miracle of all. We choose to see what we want to see, even if our eyes are viewing the same thing. Whether or not we see Hashem in our lives is dependent on whether or not we want to.