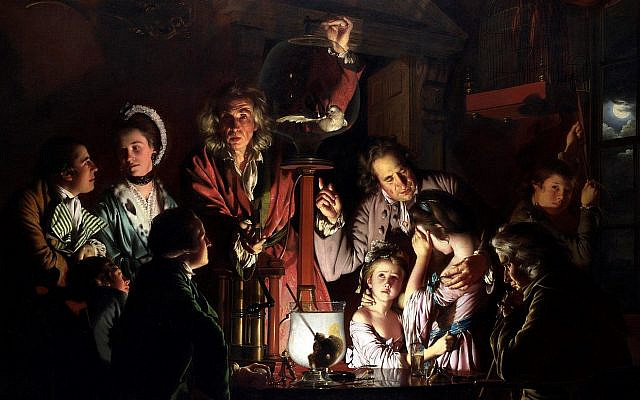 This 1768 painting, 'An Experiment on a Bird in the Air Pump' by Joseph Wright depicts an experiment performed by Robert Boyle in 1660. (Public Domain/ Wikimedia Commons)

Robert Boyle is considered one of the founders of modern chemistry. He transformed the “art” of alchemy into the science of chemistry, eschewing magic for measures in his book The Sceptical Chymist. He is best known today for Boyle’s Law, which describes the inverse proportional relationship between the pressure and volume of a gas.

Boyle was born on January 25, 1627 in a castle in Ireland, but never felt completely Irish. His father, Richard, was the Earl of Cork, but just a few years earlier had come to the island from London. Boyle’s mother, Catherine Fenton, was born in Dublin. As a child, Boyle was a keen student of Latin, Greek and French, but failed to take an interest in the Irish language.

Boyle’s mother died when he was eight years old, and the child was sent to Eton College. In 1641, aged only 14, he visited Italy and spent the winter studying the work of Galileo. In his autobiography (in which he refers to himself as Philaretus), Boyle described the astronomer’s writings as the “paradoxes of the great star-gazer.” and wrote that while he was in Florence Galileo passed away “within a league” of where he was staying.

He remained in Europe until 1644, the year after his father died. He came back to England and settled in Stalbridge House in Dorset (left to him by his father). The country was in the middle of a civil war, but Boyle kept away from politics and devoted himself to scientific research. Though the line between alchemy and chemistry was not clearly defined. He wrote, “Well, I see I am not designed to the finding out the Philosophers Stone, I have been so unlucky in my first attempts in chemistry.” 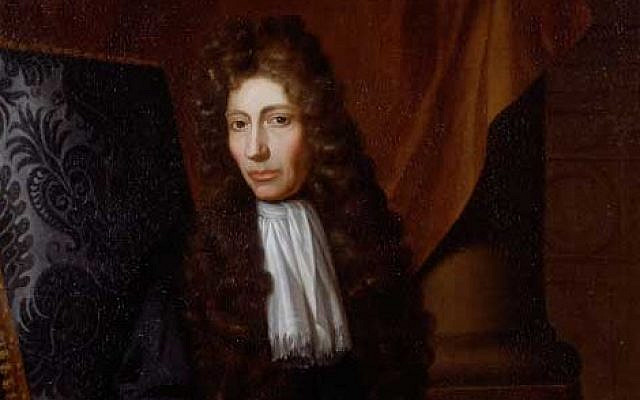 In 1652 he moved to the estates his father had left him in County Limerick, but within two years became so frustrated with the status of chemistry in Ireland that he moved back to England, this time to Oxford. He became a founding member of the Royal Society, which is the oldest scientific society in the world.

In 1659, along with his assistant Robert Hooke, Boyle completed construction of a vacuum pump, which he referred to as his “Pneumatical Engine.” The machine was a glass sphere from which the air could be removed by turning a handle. Boyle and Hooke used this machine to research the properties of air, gas in general, and the vacuum itself. 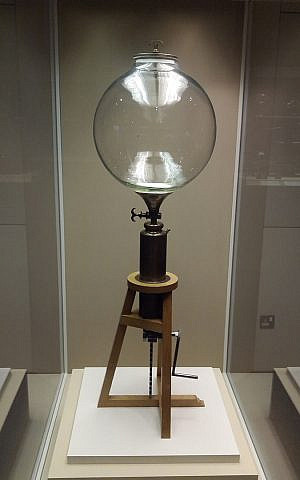 For example, he put a bell inside the sphere, and using a magnet outside the vacuum pump caused the bell to ring as the air was removed from the apparatus. In this way he demonstrated that sound cannot travel in a vacuum, but that magnetism (and other physical forces) does work. He also proved that light can travel through a vacuum, because the bell was visible even once the air was removed.

He also demonstrated that air has weight, that a candle cannot burn in a vacuum, and made many other discoveries.

But his work was controversial. Some scientists, including Thomas Hobbes, refused to accept the idea of a vacuum. They insisted that there must be some other matter entering the sphere as the air was pumped out. Otherwise, they pointed out, the universe would have to get a tiny bit bigger to accommodate the “nothing” that had been created by the vacuum pump.

Boyle published New Experiments Physico-Mechanical: Touching the Spring of the Air and their Effects in 1660, and two years later published a book-length rebuttal of the criticism, entitled, Whereunto is Added a Defence of the Authors Explication of the Experiments, Against the Obiections of Franciscus Linus and Thomas Hobbes.

In his work on chemistry, Boyle rejected the Aristotelian belief that all matter was comprised of four elements — air, earth, wind and fire (an idea that is also found in Jewish medieval writings). Instead, he theorized a distinction between elements that could not be broken down into other substances, and compounds that could. However, it would take another 100 years until Antoine Lavoisier made the first list of chemical elements.

For two millennia, the Western world had followed Aristotle’s approach that what was “logical” was a self-evident truth, and any evidence to the contrary was faulty. Boyle’s view, along with several other scientific pioneers of the 17th century, was that the truth must be based not on “reason” but on experimental evidence. 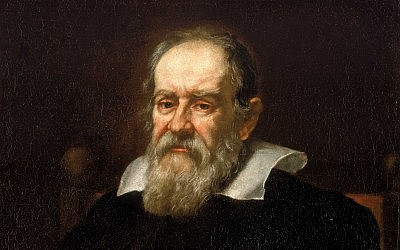 Boyle’s goal was to transform alchemy into a science that could be measured mathematically, similar to the way that Galileo had quantified the orbits of the planets around the sun using numbers and equations.

He also changed the nature of science by laying the foundation for experiments. Unlike alchemy, which was almost always done secretly, in fear that someone else would steal the results, Boyle insisted that science could only advance through publishing the results of experiments and allowing others to build upon the knowledge thus acquired.

He understood that experiments which did not give the required results were also part of the scientific method — disproving a theory is almost as important as proving one.

And he was perhaps the first to acknowledge the necessity of reproducibility. If an experiment was only performed once, or by one person using one set of equipment, it may have been a fluke, or due to some imperfection in the materials used. If an experiment could be repeated by anyone who followed the same instructions, it pointed to a universal truth.

Subsequently, philosophers and scientists agree that reproducibility is an essential part of science. For example, Karl Popper wrote in 1959 (“The Logic of Scientific Discovery,” p. 66):

Non-reproducible single occurrences are of no significance to science.

In this week’s Torah portion we find that Pharaoh also understood the importance of reproducibility.

When Aharon throws down his staff and turns it into a snake, Pharaoh wanted to know if his magicians could replicate the feat (Exodus 7:11):

And Pharaoh called for his wise men and his sorcerers, and the magicians of Egypt also did so with their secret arts.

When Aharon turns the river into blood Pharaoh is unimpressed because his sorcerers could do the same thing (Exodus 7:22):

The magicians of Egypt also did so with their secret arts. And Pharaoh hardened his heart and did not listen to them, as God had said.

When the land of Egypt was completely covered with frogs, the last thing they needed were more of the amphibians. Yet the first thing the magicians did was to replicate the feat and create some hoppers of their own (Exodus 8:3)

The magicians did this too with their secret arts, and they brought frogs upon the land of Egypt.

It was only when the magicians were unable to replicate the third plague of lice that Pharaoh showed signs of conceding to Moses and Aharon (Exodus 8:14-15):

The magicians did so with their secret arts, to bring forth lice, but they were unable… and the magicians said to Pharaoh, ‘This is the finger of God.’ And Pharaoh’s heart was hardened, and he did not listen to them, as God had said.

Previously, Pharaoh had hardened his own heart. This time his heart was hardened. The Hebrew implies that he would have conceded defeat at this point, if God hadn’t removed his free choice. 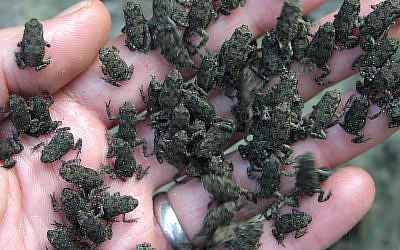 Plague of frogs at Coba. (CC BY, Nolleke/ Flickr)

As long as the plagues were replicable they were simply part of the natural world — in the same way that modern experiments that are replicated become part of science. But when the plagues could not be recreated by the magicians Pharaoh was forced to acknowledge the role of God and the supernatural.

Of course, in some fields, such as medicine, results must be tested and replicated over and over again before new drugs are approved. But most of the scientific stories that we read in the popular press are based on a single body of unreplicated research. Some of the latest scientific “fads” have not been confirmed by others.

Pharaoh’s frogs, like Boyle’s vacuum, were meaningful because they were replicated. Perhaps we can take this idea and also use it in our daily lives.