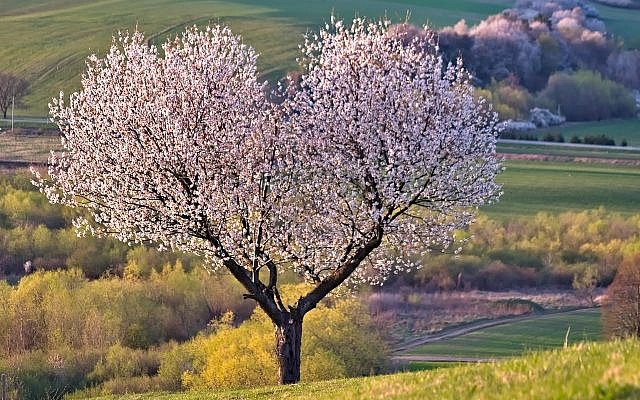 Some people aim their arrow at the bullseye and hope to strike that marking. Others shoot their arrow and draw a bullseye around where the arrow lands. This analogy, first told to me by Rabbi David Aaron, demonstrated an important point about living a meaningful life: If you do not know what you want, then how will you know where to go? Our lives are moving forward, and we can either find our bullseye and aim for it or shoot wherever and call it our bullseye. To understand our goals, though, we need to understand what we want.

In Parshat Vayakhel, the construction of the Mishkan is heading underway. Hashem, via Moshe, asks all the people, whoever’s heart moves them, to bring an array of materials for the Mishkan’s supplies. The people respond with zeal and fervor, donating cherished golds and cloths for this holy convocation. Eventually, the builders tell Moshe that they need to stop: “The people are bringing more than is needed for the task that Hashem commanded us to do” (Shemot 36:5). Such an acknowledgment is astounding. Bnei Yisrael was, evidently, so eager to give what they could to Hashem that they needed to be told to stop.

In Mei HaShiloach, Rabbi Mordechai Leiner takes the idea behind this pasuk even further. He asks, “What is unique about this [as] who would refrain from giving all his wealth for the mitzvot of God, and in particular when it concerned the building of the Mishkan?” His question is a fair one. If we experienced intense God-consciousness and spiritual connection, and we were given the opportunity to contribute to the Mishkan, would we also not run to give? What, then, makes Bnei Yisrael’s actions unique?

Mei HaShiloach contends that it was Bnei Yisrael’s continuous giving that distinguished their actions. In general, he asks, how can we know the motivations behind why we do what we do? In the context of mitzvot, there is a tendency to begin commitment with a powerful engine, an excitement that propels everything forward. But after some time, the glitz and glamor go away. What was once spectacular becomes simple. That’s why motivational speaker Mel Robbins discourages people from seeking motivation, urging them instead to seek habits; the former will not get you to follow through on your goals because motivation is a small tank.

For the Mishkan, Hashem wanted the people to donate from the “everlasting structure” that is the heart, which would enable the Mishkan’s holiness to similarly exist as an everlasting structure. Bnei Yisrael succeeded in that regard. They gave from the roots of their hearts, and even though they grew accustomed to giving to the Mishkan, they still came time and again with that pure-hearted intent. That, Mei HaShiloach says, is why the Torah praises their actions

The first chapter of Shaarei Teshuva makes a related statement about the heart: “The desire placed in the heart of man is the root of all of his actions. Therefore, if he refines the desire – instead of all the limbs serving it, he will draw them after the intellect. So they will accompany him and serve him, and all of his actions will be proper.” It all begins with the heart. When we get in control of our hearts, we get in control of our lives.

In Parshat Vayakhel, Bnei Yisrael demonstrate what it means to have your heart move you. With clarity, direction, and genuine will, they chose to give what they could to Hashem — they drew their bullseye, and they aimed for it. The root of our heart has our answers. Plugging into our hearts, into our authentic wills, allows us to live authentic lives.