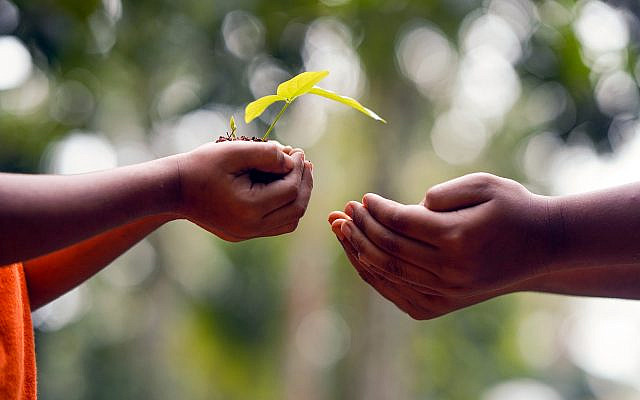 The world was created, Rabbi Moshe Chaim Luzzatto writes in “Derech Hashem,” for Hashem to give us the greatest goodness possible. This was an act of ultimate Selflessness, a goal Hashem constantly “pursues” for our own sake, not His. Divine altruism is the underlying mechanics of this idea — Hashem is perfectly benevolent, seeking to give us the best lives solely because it will benefit us. Naturally, it leads us to wonder: What are the limits of our altruism?

In many cases, when people engage in charitable acts or benevolent pursuits, there is generally another benefit involved. Whether that’s a direct repayment, such as receiving an honorary plaque with one’s family name, or an indirect repayment, such as an improved reputation, there’s usually something else involved that, to some extent, can motivate the action. This, of course, is not to minimize the wonderful philanthropy people support, rather it acknowledges a fundamental limitation we face in said philanthropy: If every action inherently influences us, and generous actions can have positive effects from inconsequential to significant ones, then we seem to reach only one conclusion: Complete selflessness is unachievable.

The answer we suggest is not a perfect one. The Midrash and Rashi’s idea of true altruism is modeled after helping someone after death, which in this case is Yaakov. That said, it establishes their mindset to be one in a more practical way: Of course, there are always indiscriminate benefits that come with any action we choose to follow, but through a practical lens, we can determine whether there are significant factors outside of generosity that motivate the move. This, then, allows us to reconcile the two seemingly contradicting opinions.

Ultimately, that returns us to the central question we are exploring: What can generosity look like for us? In Greater Goods Magazine, Nathan Collins tackles this question in his article, “What Drives Selfless Acts?” Rooting his thought in a 2015 study, he says that altruism is “choice just like any other, with pros, cons, and even the occasional mistake.” Boiling it down, Collins says that generosity can be more easily attained than we may have imagined: It all begins with our choice to adopt it. Relating this to Rav Kook’s words on giving, we add a new dimension to the conversation: “From the ancient days of Avraham calling out to God, we have inherited the principle that the more one is connected to God, the greater will be one’s compassion and honesty; it will head to greater individuality” (Igrot Hare’iyah 1, p. 218).[1]

Our altruism can, in fact, be selfless, wholehearted, and true. Yaakov said as much. When we then weigh the importance of compassion, as Rav Kook described, along with the accessibility described by Collins, we’re left with one main question: How generous are we?

[1] As translated by Rabbi Ari Ze’ev Schwartz in “The Spiritual Revolution of Rav Kook,” p. 116