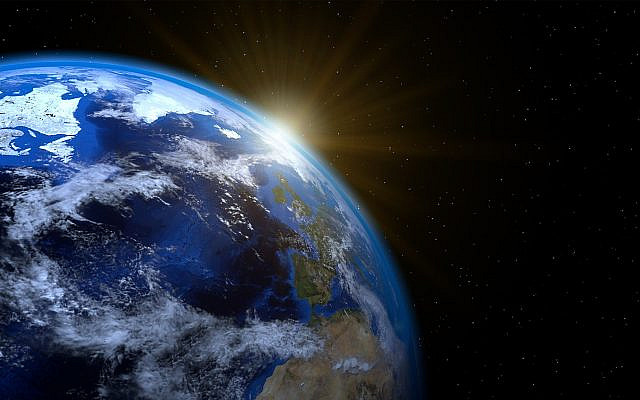 It is classically said that “actions speak louder than words,” meaning that one’s performance of a given action has more value than the words preceding it. While this is true in many respects, there are times when the eagerness or willingness to act can actually be a pitfall and it would be more preferable to utilize our gift of linguistic communication — in other words: using our words. In Parshiyot Chukat-Balak, the Torah recounts the infamous moment where Moshe Rabbeinu went against Hashem’s command, opting for physical force instead of speech.

Following the death of Miriam, Bnei Yisrael find themselves in the wilderness without any source of water, leading them to join together and vociferously complain to Moshe and Aharon. Afterward, Moshe and Aharon go to Hashem, and He instructs Moshe, “You and your brother Aaron take the rod and assemble the community, and before their very eyes speak to the rock so that it will give forth its water. Thus you shall produce water for them from the rock and provide drink for the congregation and their beasts” (Bamidbar 20:8).

Here, the key point is that Hashem tells Moshe to “speak to the rock so that it will give forth its water.” Rav Kook writes extensively on the power of speech, specifically as it relates to tefillah (prayer), and one particular passage relates particularly well to Moshe’s instructions.

“When one’s spiritual consciousness is transformed and a new divine insight begins to shine in one’s soul, the external world takes on a new form,” Rav Kook writes. “It is like the creation of a great artist…This new reality isn’t simply a subjective experience; rather, the more truth contained in this transformation, the more it really does transform and beautify the world” (Shmoneh Kevatzim 4:33).[1]

Essentially, by changing ourselves, our deeper consciousness, we can actually change the world around us — not only metaphorically, but also literally. As this text relates to the parsha, Moshe Rabbeinu seems to have been asked to speak to the rock, to identify the divine sparks within it and draw them out through speech, and in doing so, draw out the water as a physical manifestation of overflowing blessing.

Nevertheless, the Torah says, “And Moses raised his hand and struck the rock twice with his rod. Out came abundant water, and the community and their beasts drank” (Bamidbar 20:11). Despite Hashem’s command to use words, Moshe used force. This is not to oversimplify Moshe’s error nor to diminish his unparalleled greatness as a leader. However, the Torah still negatively characterizes the result from Moshe’s actions.

The Torah says “those are the Waters of Meribah” (Bamidbar 20:13), and the Likutei Moharan elaborates that it had “the aspects of dispute” (61:5:3). Seemingly, the resulting waters that came from Moshe hitting the rock were ingrained with conflict, a clash between what should have been with formative language and what was with brute force.

Language is not simply a means of communication, rather it can be self-transformative and attune us to greater levels of God-consciousness. As Rav Kook said, “the more truth contained in this transformation, the more it really does transform and beautify the world.” Our words can change the world, and that is something that should never be undermined.

[1] As translated by Rabbi Ari Ze’ev Schwartz in “The Spiritual Revolution of Rav Kook,” p. 90