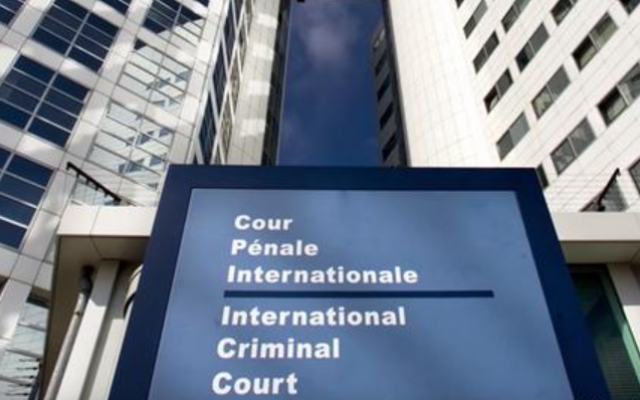 This decision by the chief prosecutor of the International Criminal Court to investigate Israel and its soldiers for possible war crimes, is nothing less than a shambolic abuse of international powers.

Motivated by the horrors of the Second World War, Jewish people were active in the creation of a framework of international law. When Israel was established in 1948, it was at the forefront of the establishment of today’s international legal bodies, including the Geneva Convention and ICC itself.

True war crimes, genocide and crimes against humanity must never be allowed to go unpunished because domestic legal systems are unwilling or unable to prosecute individuals.

But this attempt to politicize international law, violates the fundamental basic nature of international courts. It makes the credibility and the legitimacy of the ICC no longer trustworthy.

Israel is constantly confronted with cynical terrorist organizations, who hide their militants and weapons in the heart of civilian areas. In such cases, we need international law to stand up to these radical organizations and protect the lives of its civilians.

If international law can be used like this against Israel, something is morally wrong and has to change. International law must provide genuine, effective answers to the types of threats that Israel is faced with, on all its borders on a regular basis. How else can countries like Israel fight against this form of deadly terrorism?

Western diplomats sharply criticized the ICC decision into suspected war crimes and targeting Israel unfairly, citing the court’s growing politicization. Secretary of State, Antony Blinken, reminded the ICC that they have no jurisdiction, noting that Israel is not a party to the Court.

Only 123 countries signed the Rome Statute, but Israel was not one of them. Still, the Judges concluded that Palestine is not independent, but “enough of a country” that has territory. And because Israel entered that territory, it is now subject to the jurisdiction of the ICC. But it should be reserved for countries who consent to the Rome Statue, or are referred to it by the UN Security Council.

It is really an outrage that arrest warrants could be issued against Israeli soldiers and politicians in the wake of this court decision, especially as many countries around the world, send their soldiers to Israel, to learn how to fight terror, while limiting harm to civilians.

This problem began with the Oslo Agreement because if Israel had not signed the Accords, the Palestinian Authority would never have come into existence. Even today, the PA depends very much upon Israel for its very existence.

But the PA refuses to withdraw their complaint that has no basis in international law. They only have one objective, which is to seek to deprive Israel of its right to self-defense.

The international community still has not understood, that the road to peace, runs directly between Jerusalem and Ramallah. Detours via the ICC in The Hague and the UN Human Rights Council in Geneva are not just counterproductive, but they undermine the causes of peace.

This decision by the ICC will make it even harder for Israelis and Palestinians to find common ground. Until the Court concludes its investigation, which could take several years, it is hard to see the two sides engaging in any negotiations.

At a time when recent agreements between Israel and Arab countries make the prospect for a better future in the region more viable, it’s hard to understand this perverse logic.

To conclude, Israel has established beyond any doubt, that it is able and willing to investigate all of its military activities when allegations are brought. It has proved this time and time again.

The soldiers and civilians that the ICC is threatening to investigate, are our children and grandchildren. They are our neighbors and friends and Israel will do everything possible to protect them, just as they protected Israel, when asked to do so.

At the same time, Israel will always hold itself to the highest standards of international law, even when that requires the most painful decisions.

PART 1 was printed last week and can also be found online.