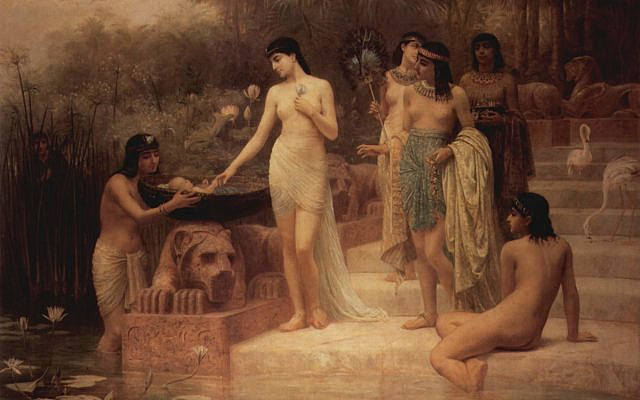 Why does the Haggadah downplay the Genocide?

Genocide never changes! It may take different forms in different generations, the victims may vary, but the means and motives seldom differ.

We don’t often talk about the Genocide aspects of our slavery in Egypt. We emphasize the slavery, not only in the ceremonial telling of the tale in the Passover Haggadah, which strangely underplays the genocidal aspect, but in our prayers throughout the year. We talk of going out “from servitude to freedom”  not “from servitude and extermination to freedom and life.” But make no mistake, there was an attempted genocide, through preventing births. Initially, the Egyptians commanded midwives to kill the Hebrew baby boys as soon as they were born, but they refused (Shemot 1:16), so the Egyptians threw the baby boys into the Nile (Shemot 1:22). According to the Midrash (Shemot Rabbah 1:18), the baby girls were to be kept for marriage to the lustful Egyptians who, explains Gershonides (14th century French commentator), assumed they could just marry and assimilate them, ensuring the Hebrew culture and nation died out. Moreover, the Midrash (Shemot Rabbah 1:12), describes another form of birth prevention, whereby the men who were working as slaves were not allowed to return home at night, but were to sleep where they worked, so that they could not co-habit with their wives and procreate. The Torah does not explain how the Hebrews managed to leave Egypt with a population of 600,000 but one Midrashic tale states Hashem ordered the Earth to hide the male babies until they were grown, when “they would sprout up like the herb of the field and the grass of the forest.”

Putting aside that tale, the similarities with aspects of the current Uyghur Genocide in China are clear. Women face forced sterilization and abortion, even of late-stage fetuses, with the midwives killing babies that survive. There is forced marriage of young girls to Han Chinese men. The Chinese government’s “becoming relatives” policy gives Chinese communist party officials the opportunity to live with Uyghur families of men detained in camps or enduring forced labour, and to share beds with their wives. Some of the decline in Uyghur births is attributed to these men, being unable to return home and have the opportunity for procreation.

The motives are similar too. The Hebrews were “an abomination”, even when Joseph was alive, because they did not worship the Egyptian deity (Rashi to Bereshit 43:32). Later they were seen as subversive, likely to fight against the Egyptians and eventually leave the country altogether (Shemot 1:10). The Uyghur people’s Muslim faith in something other than the Chinese Communist Party is seen as “extremism.”  Uyghurs are regarded as “terrorists” and “separatists.” The Chinese government portray them as “malignant tumors,” compare their faith to mental disease, and urge the Party faithful to implement genocidal policies, telling them, in a ghastly inversion of the Midrash about the Hebrew babies hidden in the earth, “You can’t uproot all the weeds hidden among the crops in the field one-by-one; you need to spray chemicals to kill them all.”

There may be one difference though. We know of no Hebrew diaspora of exiles who had fled or settled elsewhere, who could not return, who had no news of friends and family, and who feared trying to contact them would see their dear ones punished for consorting with foreign powers. My friend Rahima Mahmut, Director of the London Office of the World Uyghur Congress, writes “My last conversation with my brother was in January 2017. He asked me to leave them in God’s hands. Under sophisticated high-tech surveillance, our family members do not feel free or safe in their own homes. They are watched all the time, with cameras every few yards using facial recognition and by artificial intelligence to racially profile. Their mobile telephones monitored, with voice recognition technology recognise the voice of the person to whom they speak.”

I do not know why the Haggadah goes “sotto voce” over the Genocide against the Hebrew baby boys, with only a couple of mentions. One of these is oblique, considering Laban’s attempt to pursue and kill Yaakov and his family a worse crime, although it more accurately falls under the definition of family feud rather than Genocide. Maybe Genocide, often referred to as “the crime of crimes”, is simply too egregious to emphasize on a festival, whereas we pause during the Haggadah recitation of the plagues to mourn the deaths of Egyptians who drowned whilst pursuing us across the Reed Sea, a reminder of our common humanity. Maybe this recognition of common humanity and shared experience is what has driven so many Jews to support the Uyghurs so strongly this year at Chanukah and now at Pesach. A week of events, organised by Jewish World Watch, includes a Uyghur Freedom Seder, if you can cope with a third Seder!

The Passover Seder ends in the hope that the Jews will next year be free in their homeland. This year, Jews across the world will join the Uyghurs, in their own prayers that one day they too will be free in theirs.