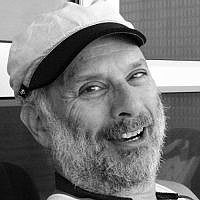 The Blogs
Michael Jaron
Apply for a Blog
Advertisement
Please note that the posts on The Blogs are contributed by third parties. The opinions, facts and any media content in them are presented solely by the authors, and neither The Times of Israel nor its partners assume any responsibility for them. Please contact us in case of abuse. In case of abuse,
Report this post.

LAWS OF PASSOVER, PART I 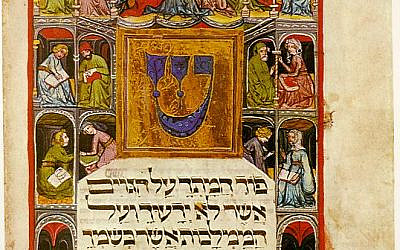 The Festival of Passover will shortly be upon us.  It begins Wednesday evening, April 8th and ends in the evening of Wednesday,15th of April.

In that regard, I would like to present some of the many Laws of Passover to help you get ready for the big event, the Festival of Our Freedom.  It is not meant to be an exhaustive presentation or for that matter an authoritative presentation, but something for you to talk about at your table and put you on the right track.

On Passover, which begins on Wednesday evening the 8th of April to the 16th of April, not only are forbidden to eat Chometz, but we must have removed any and all Chometz from our possession by the morning preceding the Festival.The prohibition of Chometz on Pesach is an absolute one.  Not only are we forbidden from eating Chometz, we are even forbidden to feed Chometz to our pets.

What is the basis for the prohibition? Because it says so (Exodus 12:15):

First things first: What is Chometz?

When either wheat, barley, rye, spelt or oats have come in contact with or even slightly combines with water, you get Chometz.  We are ordered to remove and/or destroy all traces of Chometz from our possession.

How do we get rid of Chometz?

There is a three step procedure:

All prohibitions regarding Chometz apply to all the days of Pesach. The Torah prohibits any use of Chometz on Pesach, whether it is eaten, sold or even given away.  Chometz may only be destroyed.

After Passover You have to be careful.  It is forbidden to partake of or purchase Chometz from a Jew who did not sell his Chometz before Passover.  It is a fair question to ask someone if they had sold their Chometz.

* I was always under the erroneous impression that those of us who went to hotels for Passover were in part doing this to get out from under the preparatory laws of Passover.  And if truth be told, I was a little jealous.  But get this from the Rambam, Chapter 2:19 –

A person who sets out to sea or one who leaves in a caravan within thirty days [of Pesach] is obligated to search [for chametz].

[If he leaves] before thirty days [prior to Pesach], he is not obligated to search. However, if he intends to return before Pesach, he must search before departing, lest he [be delayed and] return Pesach eve at nightfall, when he will have no opportunity to destroy [the chametz]. However, if he does not intend to return, he does not have to search.

Any chametz which he knows about must be removed from his possession (Magen Avraham, Orach Chayim 436:1).

The search is made at night by candlelight before he departs (Magen Avraham). However, no blessing is recited (Shulchan Aruch).

Thirty days before Pesach, we begin “asking and explaining the laws of the holiday.”  From that time onward, concern is shown for all the Pesach laws (Pesachim 6a).

“And you shall guard the matzot, for on this day I took your divisions out of the land of Egypt…”

The need for Shmurah Matzah comes from וּשְׁמַרְתֶּם אֶת-הַמַּצּוֹת , “And you shall guard the matzot”.

Why guard the Matzah?

A grain may become Chometz any time after reaping if it has come into contact with water. Therefore from the get-go it must be carefully guarded.  Although we eat matzah all during Pesach, you are only legally obligated to eat matzah on the first night of Pesach in Israel and the first two nights in the diaspora. Of course this does not mean that Chometz may be eaten.h

Personally, I like Shmurah Matzah, the look, the taste, and from a subjective point of view I feel “special” when I am eating it.  Maybe for that reason I have always purchased more than I need; it’s similar to prolonging Shabbos.

On the first night of Pesach (first two in the diaspora) it is incumbent upon every Jewish man, woman, and educable child to drink four cups of wine in recognition of the four expressions of freedom stated in the Torah in connection with Y’tzias Mitzrayim יציאת מצרים, the going out of Egypt.

The four expressions are found in Exodus 6:6-7:

“Therefore, say to the Israelites: ‘I am the Lord, and I will bring you out (V’hotzeiti  וְהוֹצֵאתִי) from under the yoke of the Egyptians. I will free you (V’hitzalti  וְהִצַּלְתִּי) from being slaves to them, and I will redeem you (V’go’alti  וְגָאַלְתִּי) with an outstretched arm and with mighty acts of judgment. I will take you as my own people (V’lakachti  וְלָקַחְתִּי ), and I will be your God. Then you will know that I am the Lord your God, who brought you out from under the yoke of the Egyptians.”

There is actually a fifth expression, that a minority opinion holds requires a fifth cup.  Unfortunately I have recently learned that the majority do not hold with this opinion.  It is forbidden to drink the fifth cup.  For many years I had been under the mistaken impression that drinking a fifth cup was tantamount to adding to a Mitzvah, a good thing, a godly thing and in a certain sense being “ultra”.  After all, the keynote of Pesach is freedom, and consequently as an expression of freedom the Cup of Elijah has always been, until now, fair game.   Live and learn.