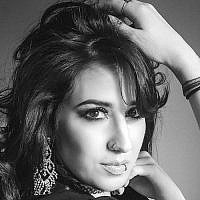 The Blogs
Juliet Stein
Apply for a Blog
Please note that the posts on The Blogs are contributed by third parties. The opinions, facts and any media content in them are presented solely by the authors, and neither The Times of Israel nor its partners assume any responsibility for them. Please contact us in case of abuse. In case of abuse,
Report this post. 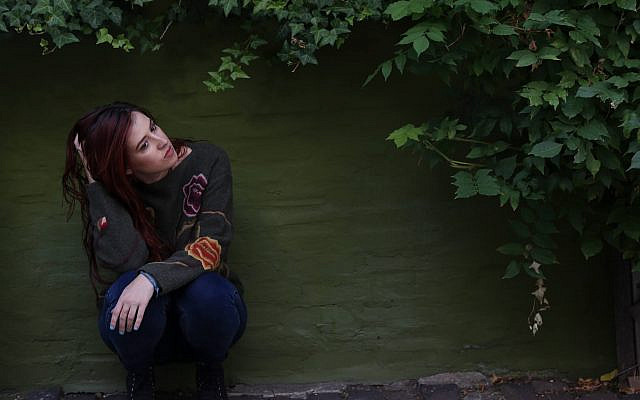 As we settled into our respective Seder meals, eyeing up the plates of others through Zoom screens arranged in the more group-friendly “gallery view,” my father posed the question, “How do you think the world will be different after this?”

“This” was not referring to our first-ever virtual Seder, filled with tech-delayed singing and mismatching Haggadahs. “This” was a world ravaged by coronavirus, scientifically known as SARS-CoV-2, a betacoronavirus originating from a live animal market in Wuhan, China.

Seder participants offered their versions of life-after-coronavirus. Decreased use of the handshake, lower attendance to public movie houses or concert halls, and increased use of online shopping were just a few. But no one, to my dismay, discussed any change to the source of this pandemic: animal agriculture.

My dismay was shortly replaced by familiar resentment. In 2001, Richard Reid attempted to detonate a shoe bomb on an American Airlines flight, and now we all take our shoes off at the airport. Widespread and irresponsible overprescription of opioids led to the Opioid Response Act of 2018. And yet, despite mad cow disease, monkey pox, bird flu, SARS, MERS, HIV, and swine flu all originating from consuming animals, there have been zero legislative changes to support vegan education and restricting or eliminating animal agriculture. Swine flu alone is predicted to have killed upwards of half a million people in 2009. If pork was any other product offered on the market, one that was not so heavily subsidized by the government or exercised such political power, that product would be pulled and never offered again, its manufacturing investigated and picked apart to the point of disintegration. There would be deliberate distancing between the company and every public health official. We are doing everything in our power, I imagine the USDA’s official statement beginning, to shut down this manufacturing plant and hold these people accountable.

But that is not what happened. Pork production in the United States chugs along, unencumbered. The continued practice of housing an appalling number of chickens within tortuously tight, dark, and unsanitary conditions, called CAFOs (“concentrated animal feeding operations”), means bird flu continues to be a reoccurring problem, the most recent being Merck’s increased production of pharmaceuticals earlier this year in response to new surges of bird flu in Germany, one of the leading poultry producers in Europe. The live animal markets have reopened in Wuhan, China.

The Passover story creates a similar unease. The overabundance of animals constitute many of the plagues, including frogs, lice, pestilence, flies, and locusts. Baby animals are slaughtered and their blood is painted on doorways. The sepulchral tenth plague does not spare the firstborn of animals either; firstborns alike will die. (Ex. 11:5)

It is a story of violence. Abuse in the form of slavery opens the narrative. The cruelty the Egyptians inflicted on the Israelites circles back in wrathful waves. Our deity becomes a murderous visitor. Even the final escape concludes with a mass drowning.

Though we proudly remind ourselves of our righteous Exodus from slavery, it was difficult to watch my fellow friends and family share their hopes for a newer, better world post-coronavirus while eating animals. The very presence of a shank bone on their Seder plates was enough for my heart to grow heavy. To me, there seems to be a staggering disconnect between our own optimistic consumerism and the effects of that consumerism boomeranging back to us, in the form of a dying planet, multiple cancers tied to diet, and pandemics.

In 2013, the British anthropologist Richard Wrangham claimed, “We are a species designed to love meat.” But in reality, the data shows how meat ravages our digestive system, labeled a cancer-causing carcinogen by the World Health Organization. Our teeth do not resemble those of any other carnivore on the planet, nor are we able to digest raw meat, skin, feathers, and bones in a single toothy bite. Wrangham’s justification of carnivory as loosely based in this internal hominin “design” suggests that cultural change and modern civilization are immaterial to the basics of human behavior. And, considering cavemen died at thirty with no teeth, I personally do not wish to emulate their behavior, nor their diet.

Yet here we are, in a world that, despite the deleterious environmental effects, the stomach-turning footage of abuse, and millions of people dead from the resulting pandemics, diseases, and cancers, we still white-knuckle the industrial meat production system so fervently and for so long, I wonder if we know why we do it anymore. CAFOs continue to be a breeding ground for future pandemics, in part from the high levels of pathogenic antibiotic resistance in farmed animals. Slaughterhouse workers are some of the most exploited workers today, with one of the highest rates of drug abuse and post-traumatic stress disorder.

Switching out the egg for an avocado, an infant’s tibia for flowers, and my chicken soup for a vegetable base means my Passover can stay the same; the symbols are simply changing. In this world of social distancing, let’s not distance ourselves from empathy. How can we mourn our isolation during this year’s Seder, while contributing to the very industry that caused it? How can we hope for a better world, while sustaining the practices of a dying one? How can we sing?

About the Author
Juliet Stein is an archaeobotanist, a board member of the Jewish National Fund Futures Philadelphia Chapter, volunteers at Rancho Relaxo, and works at a local foundation dedicated to Jewish education and Israel advocacy.
Related Topics
Related Posts
Comments