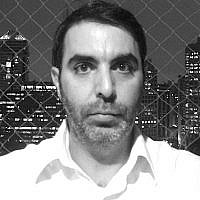 The Blogs
Ariel Krok
Apply for a Blog
Advertisement
Please note that the posts on The Blogs are contributed by third parties. The opinions, facts and any media content in them are presented solely by the authors, and neither The Times of Israel nor its partners assume any responsibility for them. Please contact us in case of abuse. In case of abuse,
Report this post.

Imagine a hummus championship, uniting Arab Christians, Jews and Muslims in the same place disputing not a territory, water or mineral resources, but the best hummus recipe, with no conventional weapons, only tahini, chickpea and olive oil. What an amazing way to show to the entire world that coexistence between the sons of Abraham is not only possible, it is a reality.

Last week, precisely on Wednesday September 21st, the first hummus championship of the Abrahamic religions was held in Brazil. Much more than a dispute, the idea, which ended up being realized in a wonderful way, was to promote a friendly in the best sense of the word. 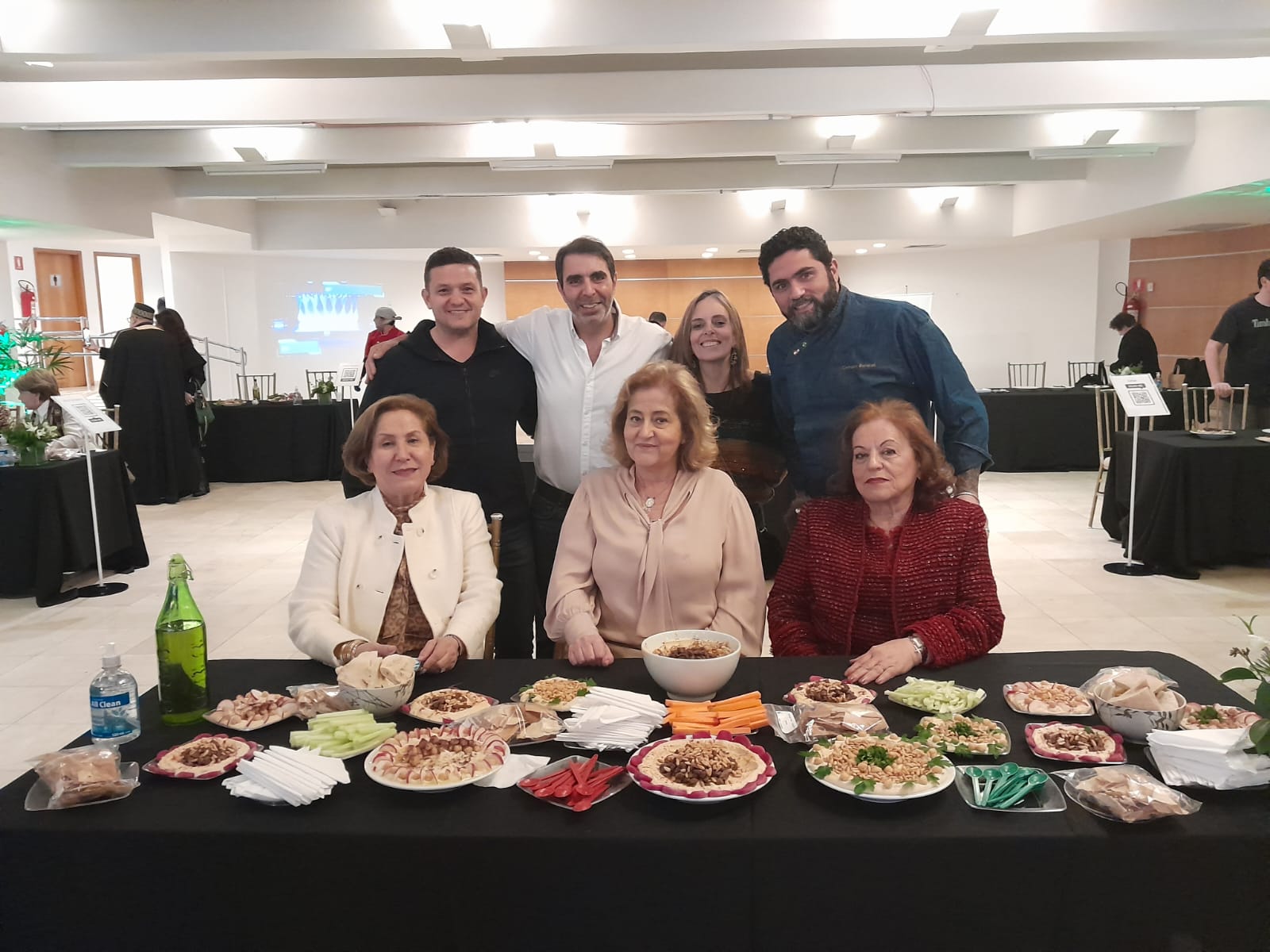 The ladies from Arab Christian origin consecrated as winners by the technical jury, together with the renowned Lebanese Chef, Georges Barakat, Silvia Perlov, Ariel Krok and Gabriel Buznick from CJL.

I use to say that Brazil, as we all know, has numerous problems, but the relationship between Arabs and Jews is an example for everyone, something  that can and should be disseminated to the four corners of this planet, to exhaustion. By the way, I told about this relationship years ago when I had the opportunity to write an article for Al Arabyia, one of the largest media outlet in Saudi Arabia, whoever is curious can access here.

Returning to our last week’s experience, on that occasion I decided to give a speech to those present, Christian Arabs, Jews and Muslims, Turks, Brazilians, Israelis, Syrians and Lebanese. As follows: 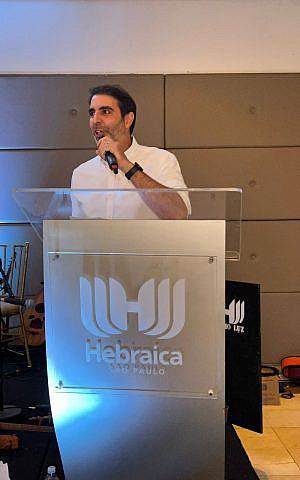 “Today is September 21st  UN’s International Day of Peace, and it was no accident that it was the day chosen for this celebration of union between our peoples.

I‘ll begin with the words of our common ancestor: Abraham said: “Let there be no conflict between us. . . because we are brothers”.

These words spoken by tonight’s “honored” himself, from whom Jews, Christians and Muslims are descendants, remind us that religion is not destined to be the cause of conflict, on the contrary, it can and must be a force for peace.

I am an activist for  inter-religious contact from a very early age, without even realizing it. Since I was very young, I studied in non-Jewish schools close to my home quite close to the Arab-Christian community  Sports Club, Monte Líbano, and became friends with countless Arab descendants. I frequented many houses in the area where families named Dahdal, Kalil, Bittar, Mansour and Dib, they always knew about my Judaism, and they never had a problem with it, on the contrary, it generated curiosity and the desire to learn about the mores of others is the first step for a good relationship.

This closeness only increased with time when I started to have even closer contact with the Christian and Muslim communities. We spent Yftar (breaking the Ramadan fast) together, as well as we invited our “cousins” to the Passover Seder (dinner) at home.

At the end of last year I traveled to the United Arab Emirates, I had the privilege of participating in the JDCorps high profile delegation together with fellows from more than 20 countries.

Of course, in meetings with diplomats, ministers of state and members of the Royal Family, the relationship between Arabs and Jews would have been treated as not only desired, but practiced and encouraged. They even have a Minister of Tolerance who welcomed us and showed us how committed they are to normalizing relations.

Finally, when I had a some free time, walking through the city streets and at the Dubai Mall, listening to the shrill Hebrew that some Israelis abuse, I realized that it didn’t bother anyone but me (somehow unfamiliar with the “Sabra way”). I was really amazed by it. I witnessed countless times Jews and Muslims helping each other, with banalities, taking pictures of each other, giving a hint in the pose and in the direction of the picture, giving directions… Then I could see how real the peace is, how, finally, our brothers are living together and thriving, for their own good, for the good of the region, and for the good of the world.

An European friend from the delegation was astonished when on Shabbat we walked from our hotel to the synagogue in Dubai, all wearing a Kipah on our heads without being disturbed, without even a cross-eyed look, and whats most important, without fear.   This is something that would never happen nowadays in some cities in Europe, according to this fellow.

To be honest, I can’t remember a place (outside of Israel) where my Jewishness made me so proud and brought me so much emotion. After each contact with the new Emiratis friends, my sense of belonging to this great Abrahamic family grew larger. After each conversation, between a little piece of pita bread with hummus or babaganuch with a pomegranate juice, between a coffee with cardamom and a delicious Knafe, I realized how alike we are, how much we share, in language, food, customs and even religion.

I’ll take the liberty to use the words from the great Rabbi Jonathan Sacks, of blessed memory, in an article from the year 2000, a very complicated time in terms of violence between Arabs and Jews.

He said like this: “The Hebrew language has two words for strength. One is koach, the other gevurah. Koach is the ability to overcome an enemy. Gevurah is the ability to overcome oneself, to control the desire for victory and practice self-restraint. You need one kind of courage to win a war, but you need the other to make peace. Peace is hard because it means letting go of emotions that lie close to our sense of identity itself. To make peace, Jews and Arabs must both let go of deeply rooted feelings of vulnerability and pain. That is hard, but there is no other way.”

The call for all of us is very clear, it is to be the peacemakers, the propagators of peace,  practicing the exercise of understanding, the approach to the others, “wearing their shoes”, feeling their pain, understanding their past and helping their future.

Each one of us, families of Abraham, carry forward the blessings that G’d bestowed upon him and that is why we have in common the message of Peace, Shalom, Salam.” 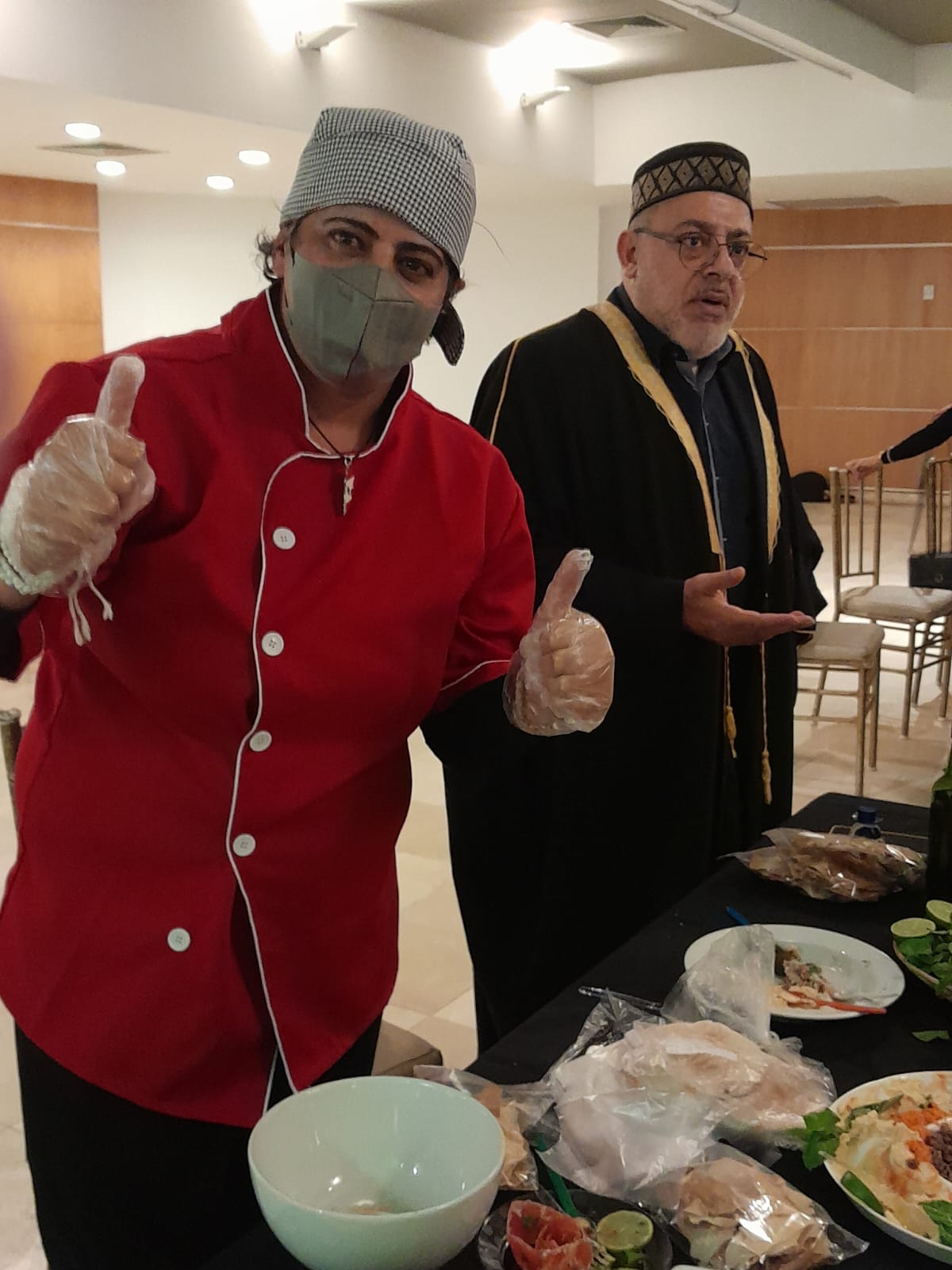 If all goes well, we will repeat this wonderful experience, bigger, even more inclusive, and better, Bezrat Hashem, InshaAllah! 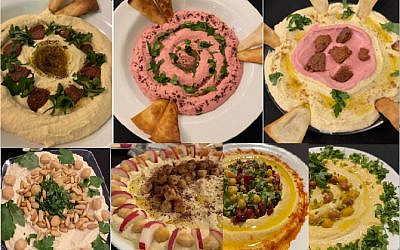