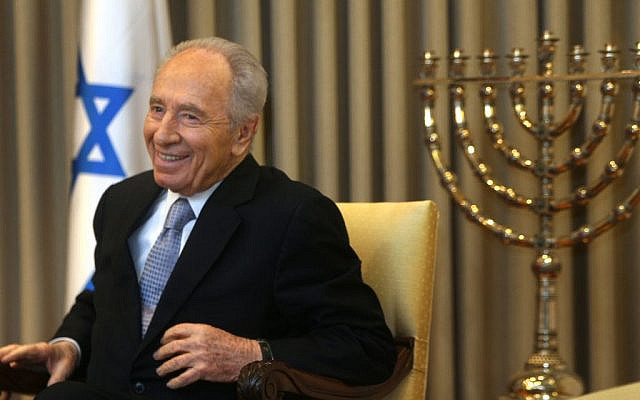 Peres Centre for Peace and Innovation

The Peres Centre for Peace and Innovation was the brainchild of Shimon Peres.

After the murder of Yitzhak Rabin in 1995, Shimon Peres came up with the idea for the centre. He was convinced that enduring peace had to be fostered at grassroots level and involve ordinary people and not by formal peace deals.

Although the Visitors’ Centre was opened in 2018, in which Israel’s amazing story of innovation, both past and present is told, the primary function of the Peres Centre has always been to facilitate peace in the region. It has been extremely successful in achieving this through various programmes, relating to medicine, journalism, sport and education.

Participants in the programmes come from all over the region and comprise many different backgrounds. Race, religion, gender and sexual orientation simply do not matter. Not only do the programmes teach students invaluable skills and life lessons, they also connect people from all walks of life, some of whom would otherwise never have the chance to meet.

One of the centre’s most innovative programmes is the YaLa Academy for Citizen Journalism.

This programme, which has been running for ten years, not only connects Israelis and Palestinians, but also young adults from various different countries in the region and North Africa, including Iran, Afghanistan, Syria and Egypt.

The YaLa programme has created a unique community in which those who belong are free to discuss matters close to their hearts. This is a welcome relief for many who may not be able to openly discuss them elsewhere, for fear of reprisals.

Topics such as human rights, gender equality and  LGBTQ+ are freely and openly explored.

Mahmoud Ghanim, ‘Mido’ to his friends is a Palestinian peace and environmental activist from Ramallah. Born in Libya, where he lived until the age of five, he then moved with his family to Jordan where he spent the remainder of his childhood years, before coming to live in Jenin, Bethlehem and finally Ramallah, his current home.

Mahmoud, who has a masters degree in business administration, joined the YaLa programme in September 2018. He signed up for the online course in order to improve his media skills as well as to broaden his mind and connect with people from all different countries and walks of life.

The course comprised fellow Palestinians as well as Israelis, Morrocans, Syrians, Tunisians and North Africans. Sixty five people in all, brought together by their love of journalism as well as a  shared desire to connect, form friendships and ultimately to understand and support each other.

Mahmoud was struck from the outset by the warmth and friendliness of his fellow participants. Any preconceptions, walls or barriers simply dissolved as he was warmly welcomed into the YaLa community. Although he already had a broad circle of friends, including Israelis, the bonds which he formed with fellow course members are stronger than he could ever have imagined.

In February 2019, Mahmoud attended a YaLa alumni conference in Jordan along with dozens of other students.

Participants from all over the region met in person, many for the first time. Shared activities and workshops strengthened their bonds of mutual respect and friendship.

Each participant had their own agenda and a broad range of topics were tackled through various media including video making, lectures, reporting and writing.

The conference ended with a presentation in which each attendee was invited to share examples from their own culture. The breadth and diversity of cultures showcased in that presentation was, according to Mahmoud, “amazing”.

More recently, Mahmoud has embarked on another YaLa course, not only in a bid to further hone his creative skills, but also to maintain and strengthen those relationships previously formed there.

The YaLa programme has given Mahmoud the skills and the confidence to express himself through his poetry and writing on various platforms. His works have been published not only in YaLa press, but also on The Times of Israel blog platform in which his piece about the young Arab man, Eyad al-Hallaq, who was shot dead, was featured last year.

Not only is Mahmoud a pacifist, he is also a realist. He appreciates the fact that, whilst he has made some good friends through his work as a peace activist and the YaLa programme, not everyone shares his vision. Deep divisions remain between Israelis and Palestinians, something which saddens him greatly. He hopes,however, that his learning, writing and teaching will go some way towards healing these divisions. He states, “people won’t care how much you know, until they know how much you care.”

Nur, a young Muslim Arab woman from East Jerusalem is another graduate of the YaLa Citizen Journalism Programme. Born in the UK, she then moved to California where she lived with her family until the age of nine when they came to live in East Jerusalem.

Although Nur grew up in a community in the heart of Jerusalem and consequently, she frequently came into contact with people of all different religions, she had very few friends outside her own small circle. She attended a christian school which bordered a local jewish community, however, she and others like her were not encouraged to mix with the children from there. A lack of hebrew also made it difficult for her to form friendships outside her own community.

After she left school, Nur studied at the Al-Quds University in Jerusalem, where she gained a BA in medical imaging. It was during her first year there, that a friend, who was studying at the Hebrew University, told her about the YaLa programme which she joined in order to improve her writing skills. The programme was a real eye-opener and gave her a whole new perspective on people in general.

Before the course, Nur had the impression that Palestinians and Israelis were not easy bedfellows and as such, could not be friends. This misconception was soon dispelled, however, when she started the course and became firm friends with fellow course members from all over the region, including Israelis, Morrocans and Tunisians. As the barriers were broken down, she realised that most people were essentially the same.

The YaLa programme also introduced Nur to the LGBTQ+ community. Having never previously met anyone from that community, she now has many friends who play an active part in it, as does she.

One of the first women with whom Nur connected on the course was a Tunisian woman who, due to personal circumstances, was forced to move to Turkey in order to marry her girlfriend. Not only had the programme itself brought these two young gay muslim women together, but Nur and others like her provided them with much needed love and support at a crucial time in their lives.

Nur has maintained an ongoing involvement with the Peres centre. She is now a course coordinator on the YaLa programme and as such, she is responsible for making sure that students attend courses and complete assignments. She carries out this work alongside her day job as a radiographer for Clalit in Jerusalem.

Outward displays of prejudice are simply not tolerated on the YaLa Citizen Journalism Programme. Respect for each other’s cultures and differences is at its very core.

The Peres Centre has also managed to break down barriers amongst school children through sport and football in particular.

The Twinned Peace Sport Schools (TPSS) programme was launched in 2002 and is the centre’s flagship project. Over twenty five thousand children from all over the region have been brought together, irrespective of race, nationality or religion, by a shared love of the beautiful game.

One Israeli woman who is involved with these sports programmes is Rotem Shamir. She helps teach the children both hebrew and arabic in an effort to help them better understand each other. She has watched as Palestinian and Israeli children have met and become firm friends through a shared love of sport.

The project has been a great success, as shown by the words of these two children, one Israeli, the other Arab.

“In the past I did not even want to hear the story of the ‘other side.’ Today, through the sport project, I see that Arabs are just like us, people exactly like me. The most important thing is that my views have changed; I learned that every story has 2 sides. I am not scared of Arabs anymore.” (Hadar Zaguri / Israeli participant)

“I did not know I could play with Jews or talk to them. Now I want to and I can.” (10 year old Arab middle school pupil)

The Peres Centre for Peace and Innovation has become a symbol of peace and unity throughout the region. Although he is no longer with us, Shimon Peres’s vision is being kept alive by the dedication and hard work of all those involved with the centre.