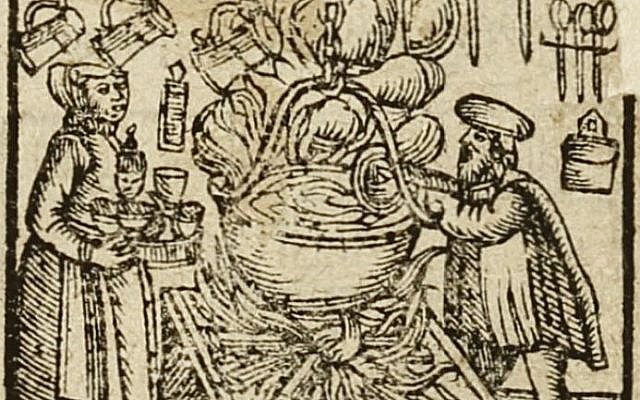 The teachings of Rabbi Judah Loew – better known as “The Maharal of Prague,” or simply “The Maharal” – are still widely learned centuries after his death.

An exceptional intellectual figure, the Maharal was also the legendary creator of the Golem of Prague – a creature formed from mud, brought to life thanks to secret mystical knowledge possessed by the wise sage, and let loose to defend the city’s Jews from all-too-common anti-Semitic attacks. 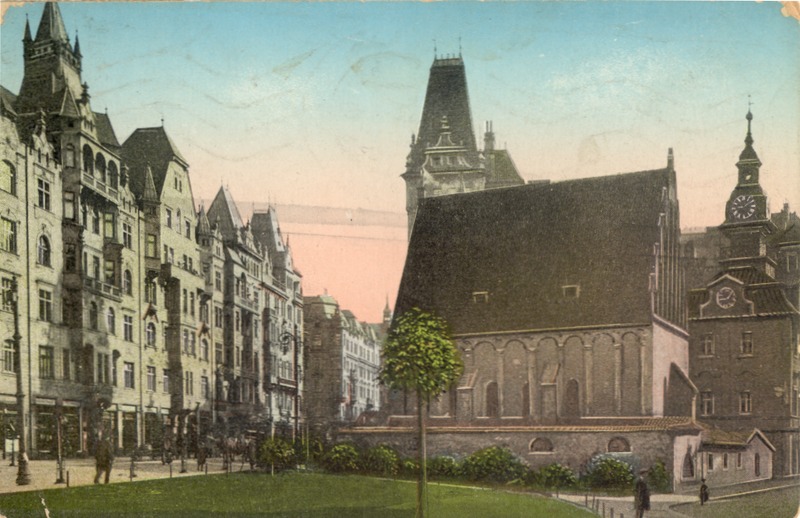 The Old-New Synagogue in Prague, where the Maharal served as rabbi. Some claim that the Golem still lies asleep in its attic. From The Folklore Research Center, Hebrew University of Jerusalem; available via the National Library of Israel Digital Collection

Though Rabbi Judah looms large in Jewish culture and lore, the woman behind the man has largely been lost to history.

Her name was Pearl.

Pearl and Rabbi Judah had seven kids together: six girls and one boy. They were married for some 65 years, passing away within just a few months of one other – first Rabbi Judah and then Pearl. 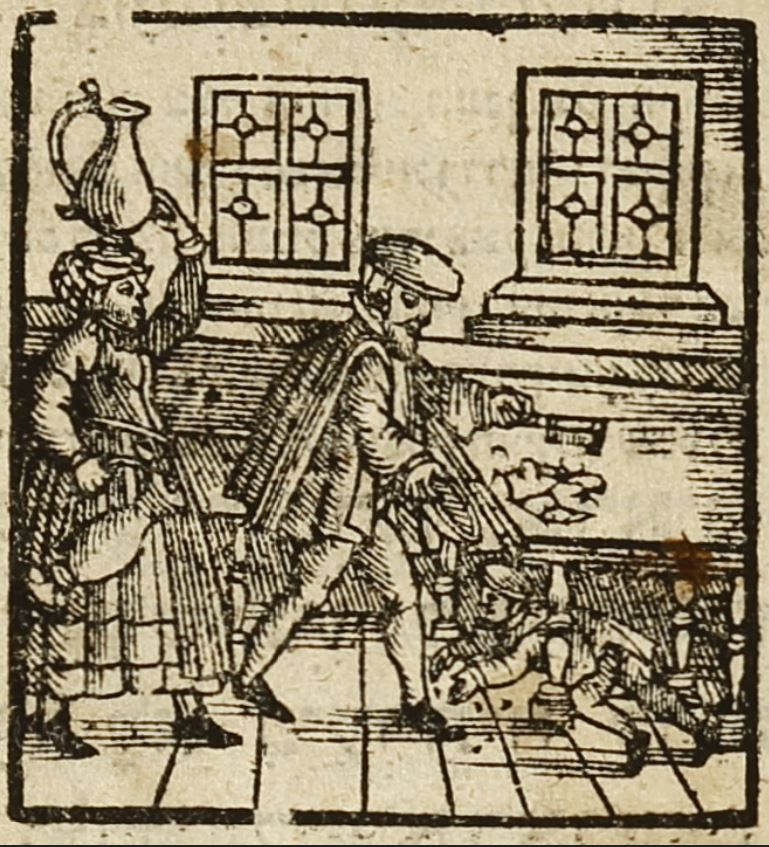 According to an account retold in “Sefer Niflaot Hamaral“, an early 20th century collection of tales about the famous rabbi, this is how Pearl and Judah’s love story began:

Reb Schmelke Reich was a wealthy and respected figure who arranged for a marriage between his daughter Pearl and Judah Loew, a promising 15 year old Torah scholar.

Young Judah headed off to yeshiva to learn and in the meantime, Reb Schmelke’s fortunes reversed and he became very poor, unable to pay a dowry for his daughter to wed. 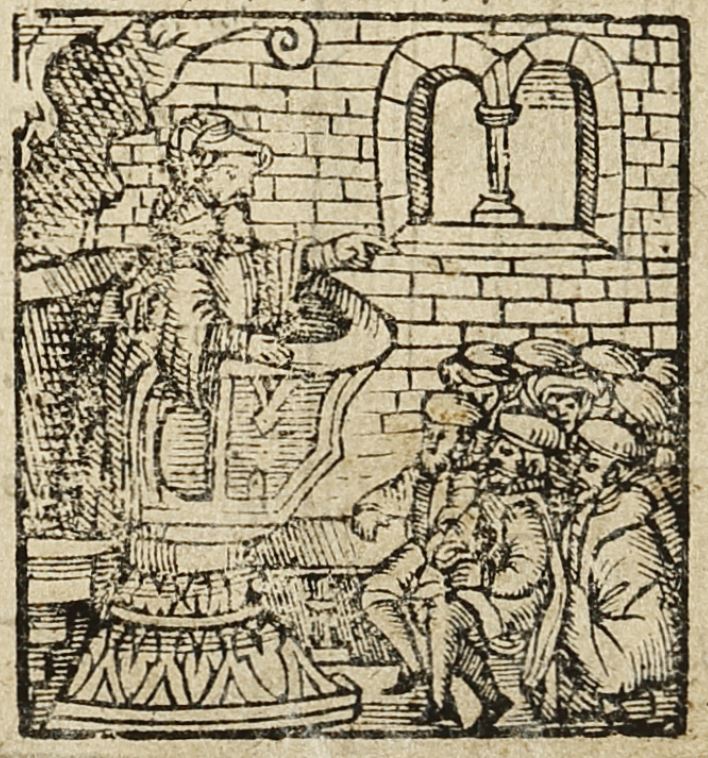 Three years after the marriage was arranged, Reb Schmelke wrote to his son-in-law to be, letting him know that seeing as he could not afford a respectable dowry, the young man was freed of his commitment and didn’t have to marry Pearl after all.

The young man wouldn’t hear of it, writing back that he would wait for assistance from on high.

Reb Schmelke’s fortunes didn’t turn around, yet Judah continued to wait… and wait…. and wait… 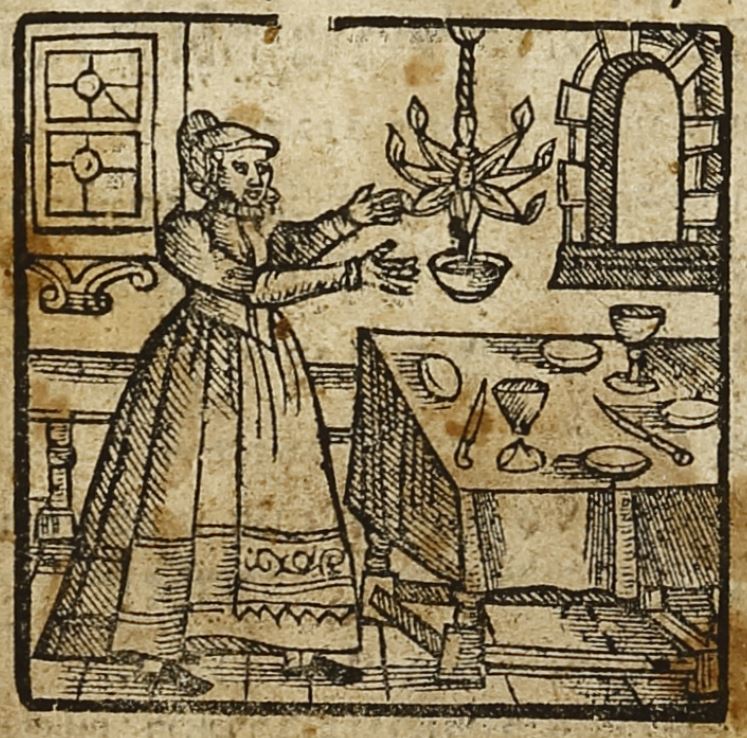 The righteous young Pearl decided to help her parents out by opening a small bakery and selling bread to support her family. She worked in the bakery for ten years, while her betrothed continued learning Torah, waiting for the day he could marry his beloved.

Then war broke out.

A horseman galloped up to Pearl’s shop, spearing a large loaf of bread that was sitting out.

She courageously ran after the horseman, pleading with him not to steal the bread, explaining that her livelihood and those of her aging, impoverished parents depended on income from her shop. 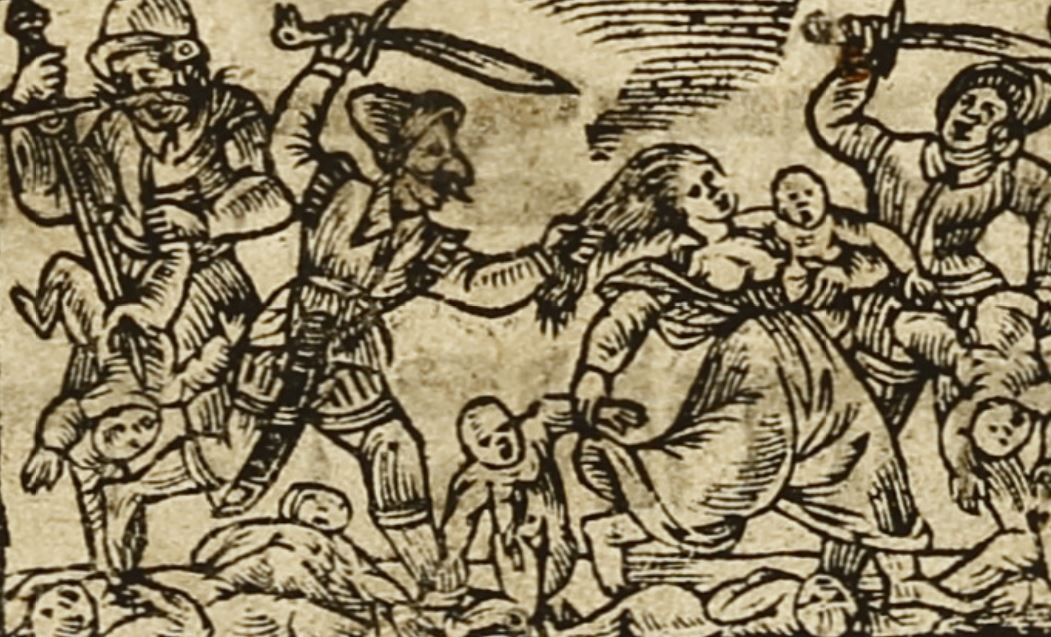 The horseman argued that he had no money, not even enough to pay for a loaf of bread. Instead, he offered an extra saddle blanket he had with him, violently throwing it at her and riding away. 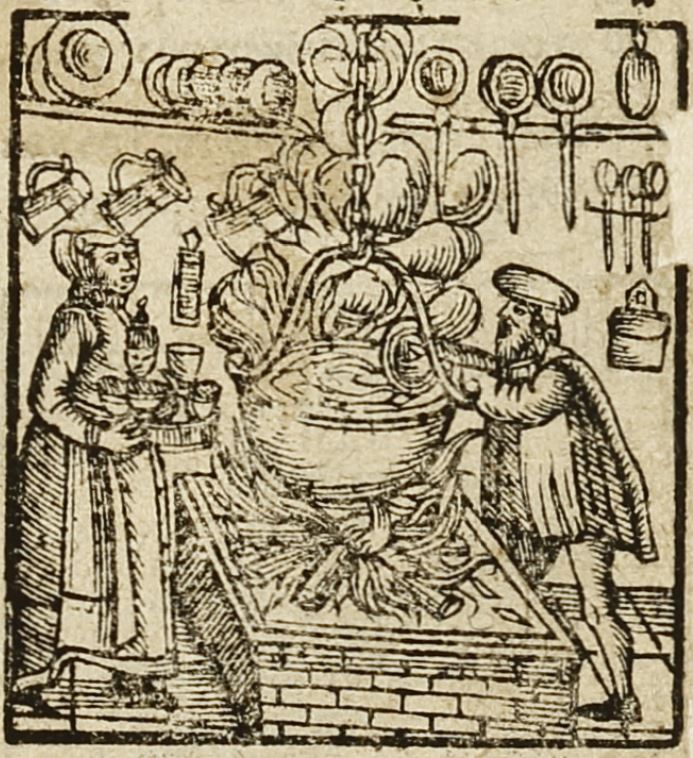 When the frightened Pearl went to inspect the blanket, she found it to be surprisingly heavy. So heavy, in fact, that when she picked it up, it ripped and gold coins came tumbling out.

She promptly gave the riches to her father who used them for the dowry, and after more than a decade of waiting, Pearl and Judah were married.

This article has been published as part of Gesher L’Europa, the National Library of Israel’s initiative to share stories and connect with people, institutions and communities in Europe and beyond.