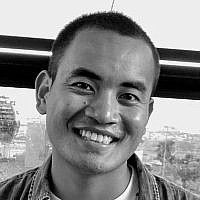 The Blogs
Tsion Hangshing
Apply for a Blog
Advertisement
Please note that the posts on The Blogs are contributed by third parties. The opinions, facts and any media content in them are presented solely by the authors, and neither The Times of Israel nor its partners assume any responsibility for them. Please contact us in case of abuse. In case of abuse,
Report this post. 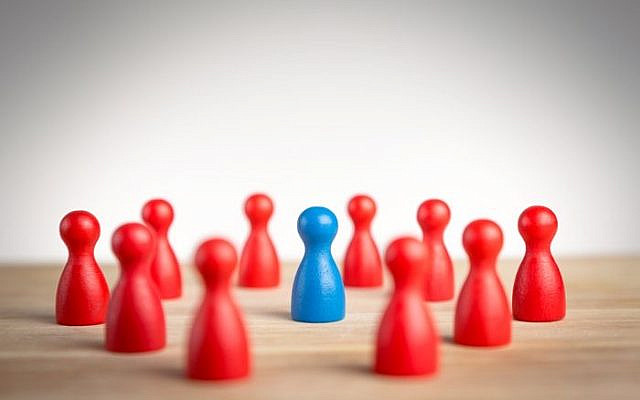 All the things we observe and the experiences we have contributed to our identity. The choices we make and the habits we develop creates our reality and the kind of person we are. We frequently contrast our lives with those of others and subconsciously adopt their behaviors and incorporate them into our own. We may not even be aware of why we act the way we do and before we realize, it has become part of us, so much so that it’s hard to break free from it. Such is peer pressure.

As humans, we crave to be a part of a community, a group, we wanted to belong. This craving instills in us fear and a need for validation from the people we look up to. Often times, we succumb to it because we fear of being judged, made fun of or excluded. This fear is so prevalent in us that our moral conscience gets blurred. Our ability to differentiate what is right and wrong is compromised by being cool and relevant. This fear often stems from the lack of self esteem or goals, insecurity or even unstable moral ideals and principles.

Not only young children and teenagers are motivated by fear and lack mature judgment. Regardless of our age or gender, we are all influenced by our peer group and are motivated by fear. Children inventing stories for their friends’ amusement, teenagers and young adults engaging in certain behaviors despite being fully aware of the consequences that comes along with the indulgence, only to fit in among their peers and parents who, despite being aware of the risks associated with excessive screen time for kids, still permit it because everyone is doing the same. It is obvious that we are not acting logically, but rather are conforming to the reality around us.

“If 50 million people say something foolish, it is still foolish.”
– Rolf Dobelli, The Art of Thinking Clearly

In the book, The Almanack of Naval Revikant, Eric Jorgenson quotes “when everyone is sick, we no longer consider it a disease” which is so true. We have the perception that if everyone around us is doing it, we have no reason for us not to do it. We must recognize that in these moments, the fear of being left out clouds our judgment. If we are aware of this, we would be able to see through the illusion and hopefully resist giving in to these demands before analyzing whether they will advance our goal or move us further away from it.

If we have definite goals and a clear vision of the kind of person we wanted to be and focus on getting there, we can make better decisions about the people and organizations we associate with. We may stop experiencing fear and instead enjoy being excluded from events that go against our moral standards. We can begin to live a life that is guided by our ideals rather than by the circumstances around us.

About the Author
Tsion Hangshing currently serves in the IDF as a base operator. He is an apprentice in pottery in addition to his military service. He has worked on several community projects and is dedicated to raising awareness and bringing about change both within the community and outside of it. He aspires to become a psychologist and has deep interest for philosophy and psychology. He also enjoys reading and drawing. Tsion emigrated from India as part of the Benei Menashe 2018 Aliyah group. He currently resides in Beit Shean with his family.
Related Topics
Related Posts