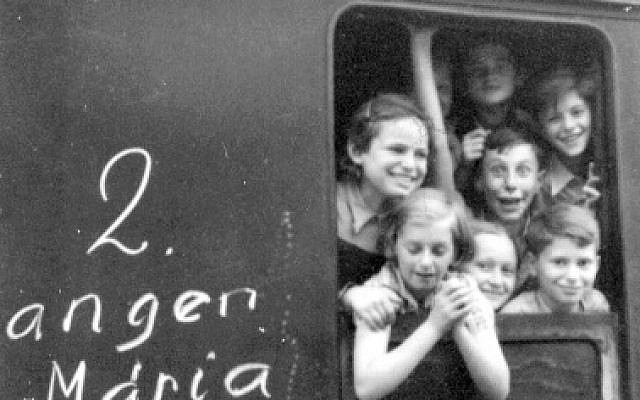 A photograph from the memoir of Peretz Revesz "Standing Up To Evil" published by Yad Vashem. Source: Yad Vashem Publications

Part Three: From Summer 1944 through the Soviet Conquest of Budapest and after

During the Holocaust, Jewish activists in Slovakia and Hungary as well as across much of Nazi occupied territories in Europe and North Africa, displayed courage, ingenuity and great intensity as they engaged in a torturous struggle to rescue Jews from the hands of German and their collaborators. Peretz Revesz was one such person who acted courageously and had a direct hand in many of these efforts to rescue Jews in Hungary and Slovakia.

This is the third part of the story of Peretz Revesz. The first post in the series can be found at this link. Part two is here.

By late June 1944, the destruction of Hungarian Jewry was well underway.  Peretz was already deeply involved in helping Jews assume false identities to evade deportation, cross borders to safer places, pass on information about Nazi atrocities and maintain contact with Slovakian rescue activists. He would continue to play a role in the major developments that arose and affected rescue work,

The Parachutists from the Yishuv

The tragic story of the parachutists from the Land of Israel – Hannah Szenes, Yoel Palgi and Peretz Goldstein who came to Hungary to carry out intelligence missions for the British and foster Jewish resistance – involved Peretz Revesz directly. Along with fellow Zionist youth activist Moshe Alpan, he met Palgi and Goldstein when they first reached Budapest toward the end of June 1944.  Alpan was paired with Palgi, and Peretz with Goldstein in order to help them go underground. It was clear from the start that the parachutists were under surveillance, and it was Hanzi Brand who thought to present them to the Germans as the bearers of the response to the Brand Mission, since her husband Joel had not returned with an answer to the Nazis’ offer (he had been arrested by the British).  Even though meetings with the SD in Budapest went fairly well, Palgi was later arrested by Hungarian intelligence agents; Hannah Szenes had been arrested earlier.

With Palgi’s arrest, Kasztner decided that Goldstein had to leave Hungary on the train that was soon to depart. Goldstein spoke to Peretz at length about his dilemma – should he escape on the train or by way of Romania and leave his arrested comrade Palgi behind, or should he remain in Hungary to carry out his mission and help his comrade?  Peretz could not advise him, and could only offer Goldstein support were he to decide to flee by way of Romania. On the day the Kasztner Train was to leave, Hungarian secret police burst into the apartment where Kasztner and Vaada activists were living, and pressured him to tell them where Goldstein was, by threatening to cancel the train’s departure. Kasztner asked to speak to Goldstein. They met in the Columbus Street camp, where those waiting to leave on the train were held, among them Goldstein’s parents. Goldstein decided to turn himself in. All three paratroopers were now in jail and Kasztner’s attempts to have them released failed. In the end, only Palgi survived.

During the course of the summer, the deportations were halted, leaving only the Jews of Budapest mostly untouched. During this lull, the Zionist underground, the Vaada and neutral diplomats put into place or enhanced a number of measures that would later protect many Jews, when the situation turned deadly again in the autumn. In particular, the idea of placing Jews under the protection of neutral countries and agencies that had begun soon after the Germans arrived, took stronger hold.  One of the bodies involved in protecting Jews was the International Red Cross, which began setting up special houses for Jewish children under its auspices in the summer. The main part of this operation was under the direction of Otto Komoly. Peretz became more involved in this work after October 15.

On that day, following a renewed attempt by the Hungarian leader Admiral Miklos Horthy to quit the war, he was replaced by Ferenc Szalasi, the Arrow Cross leader.  New anti-Jewish measures, deportations in the direction of Austria, and murder in the streets of Budapest erupted. A glimmer of hope for Budapest Jewry lay in obtaining protection from neutral diplomats.  So Peretz and the team who had been responsible for producing false papers went into high gear to produce tens of thousands of false documents bearing the letterhead and stamps of the neutral countries and agencies.  Peretz also became responsible for one of the more than 50 houses for children that were set up by the International Red Cross under Komoly, and primarily staffed by members of the Zionist Youth underground.

This last period was a time of great danger for the Zionist youth underground members and not a few were arrested. In December the main document forgery lab was discovered and its team was imprisoned.  Along with Moshe Alpan, Peretz heard from a Hungarian informer that the team could be released by a bribe and a ruse. Peretz worked on getting the money, and on December 26 the group was released into the hands of Rafi Benshalom, who posed as a member of the Swiss consulate.

During the Holocaust years, Peretz himself was in immediate danger more than once.  He managed to evade arrest in Slovakia before coming to Hungary and in Hungary itself several times.  Although in August 1942 he was not so lucky. Trapped by Hungarian police, he was arrested, jailed, beaten, and after several weeks deported back to Slovakia.  Just over the border on the Slovak side, with courage and audacity, he managed to escape from the border guards and return to Budapest.

After the liberation of Budapest in two pulses, in January and February 1945, Peretz assumed responsibility for the Department of Child Protection and the Youth Aliyah Office, both dedicated to caring for Jewish children and youth, and to help as many as possible get to the land of Israel. He next assumed responsibility for the Bricha (underground Aliyah operation) from Hungary between December 1948 and April 1949, following the Hungarian Communist regime’s ban on emigration that began in summer 1948.  On May 26, 1949, Peretz and his family reached Haifa, and moved to Kibbutz Kfar HaMaccabi, where he remained until his death in 2011.

Peretz was not the only member of the Zionist youth movement in Hungary who risked his life to help fellow Jews.  Among the leaders and rank and file, many did extraordinary things to foster rescue, sometimes succeeding, and sometimes paying for their efforts with their lives.  In the first years after the Holocaust, because they had not focused on armed resistance, which generally was seen as the only real resistance, their rescue efforts received little public attention. Since the 1980s, however, their activities have come to light more and more.  Many additional stories of Jewish rescuers throughout the areas under Nazi domination remain largely unknown to the public, and some have yet to surface at all even among scholars and researchers.

How might we understand such rescue stories?  It is important to recognize that the fundamental situation of Jews during the Holocaust was powerlessness, meaning they could not stop the murderous onslaught. On their own, Jewish rescuers could rarely if ever rescue in large numbers. Nonetheless, in a few specific cases because of special circumstances and especially because of help from outside the Jewish community, such as in Hungary in 1944 and early 1945 where neutral diplomats became deeply involved, large scale rescue was sometimes possible.

If in the first years after the Holocaust Jews were seen primarily as passive victims, in recent decades there has a been a tendency to depict Jews as heroic.  Of course the reality generally lies between these two poles and today we are able to talk about the Jews as subjects of history. The majority of the Jews struggled to survive in an extreme and unprecedented reality. Undeniably there were instances of those who became resigned to their situation or lost the strength to respond, such as camp inmates who lost their will to live because of their physical and psychological deterioration. And yet a great many continued to struggle, often trying to assist their immediate family, and sometimes even performing acts of remarkable heroism. Some of this heroism was far from our classic definition, such as the Jewish women who continued to work to support their families and hold them together in the wake of starvation and disease in many ghettos, and who were already regarded by their contemporaries as heroes.

There were also Jews who showed ingenuity, audacity and courage in attempts to rescue fellow Jews – these were heroes closer to the classic mode.  On the one hand we must refrain from simplistically idealizing Jewish behavior during the Holocaust, but on the other hand, there certainly is room to learn more about and admire Jewish rescuers, the challenges and perils they faced, and feel inspired, by their heroic actions.