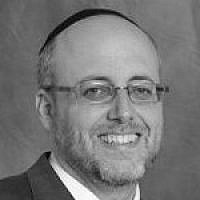 The Blogs
Jeffrey Saks
Apply for a Blog
Please note that the posts on The Blogs are contributed by third parties. The opinions, facts and any media content in them are presented solely by the authors, and neither The Times of Israel nor its partners assume any responsibility for them. Please contact us in case of abuse. In case of abuse,
Report this post. 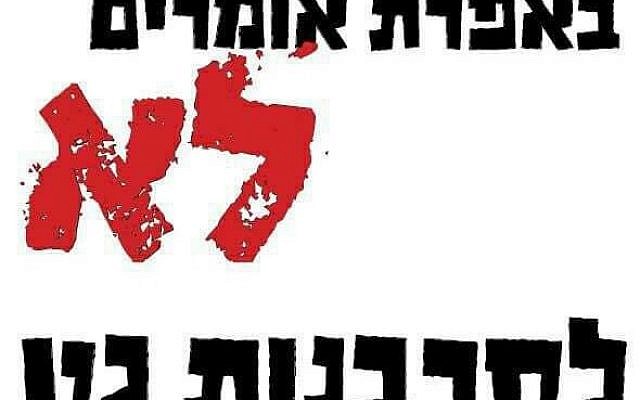 The town of Efrat protests a get-refusal with posters and bumper stickers (Courtesy, Jeffrey Saks)

The tragic episode of a get-refuser in my town of Efrat has begun to roil residents and to draw attention both inside and outside our National-Religious bedroom community. The tragic breakdown of a marriage has been exacerbated for the wife, their children, and now the whole town, through the husband’s refusal, despite an order of the Jerusalem Rabbinical Court, to give his wife a get (a halakhic writ of divorce). The sanctions known as the Harhakot deRabbenu Tam, which place the recalcitrant husband under social excommunication, have been enacted in an attempt to pressure him to bring the sad chapter to a speedy and proper conclusion, freeing his wife from the proverbial “chains” of her status as an agunah.

Efrat’s rabbi, Shlomo Riskin, who presides over approximately 30 synagogues in town, asked that the topic be addressed forcefully in each place of worship this past Shabbat, to instruct people on the meaning and mechanism of the sanctions, as well as to throw light on the seriousness and tragedy of the problem of get-refusal in general. Even were one to cynically assume that these efforts accomplish nothing in terms of motivating the husband, they still serve an important role in clarifying the community’s values. It sends a clear message at home and abroad that this is happening in our midst despite who we are as a community; let no one mistakenly assume that this prostitution of halakhah represents who we are and aspire to be. 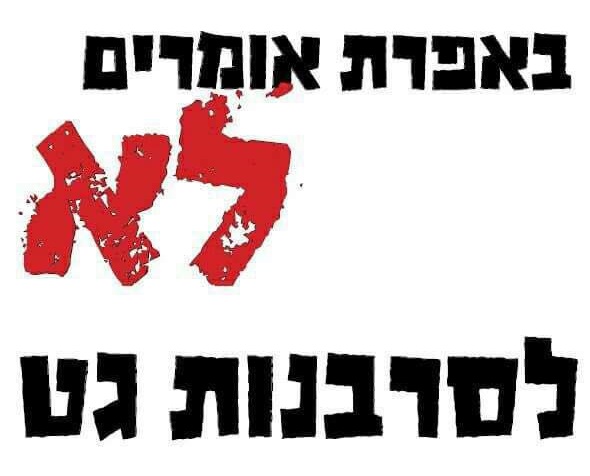 “Efrat Says NO to Get Refusal!”

While I am not the rabbi of my synagogue (as is the case in many Israeli shuls, we have no official rabbi), I am nevertheless a rabbi and the task fell to me. I spoke about the model of Abraham and Sarah’s marriage, which came to its own conclusion in this week’s reading with the death of the matriarch. I rehearsed Rabbi Joseph Soloveitchik’s emotional analysis of Abraham’s mourning for his wife and partner, through which we learn something about an ideal marriage (and, presumably, about the Rav’s quarter-century mourning for his own wife, Tonya). From there it was a quick segue to the matter at hand, which I attempted to address with force, but also with some dispatch. My concluding point was that the only silver lining to the lamentable episode is the teachable moment it may provide to instruct our children about the issue. I mentioned (particularly in light of the unending parade of sexual abuse charges to which we are witness these days) the imperative to instruct our sons, through both word and example, about the demands of menschlichkeit on how to treat women and wives: the case of get-refusal serving as a particularly egregious and vile negative model.

In response, two people privately expressed their puzzlement as to why this particular incident had attracted such intense communal scrutiny. Without diminishing the severity of get-refusal, mind you, or to sympathize with the recalcitrant husband, they nevertheless cataloged many pressing communal issues which don’t merit the organized campaign currently underway in defense of this agunah. Why have we rallied around this cause with energy that we seem to lack for other issues? Stifling my initial surprise I attempted to outline my thoughts. While there are a number of factors that set the current affair apart, there is one which I believe sets it on a priority above the rest.

While there are many other challenges in religious life, few if any point to what might be considered by some the Achilles’ heel of the halakhah. One can imagine a variety of theoretical ills affecting a religious community: Sabbath violation, theft or fraud, marital infidelity or spousal abuse, and the list goes on. We would like to think these things don’t occur, but if we are to be honest we must take our heads out of the sand. In every single imaginable case, the offending party is clearly in a state of wanton sin or victim of his or her sinful inclination. In none of these circumstances could the sinner plausibly or truthfully claim to be acting within the confines of halakhah; he is a sinner, Judaism has a mechanism for him to repent, and we await his return though he may tarry. These transgressors do damage to themselves, their families, and their communities, but no one imagines that they are acting within the norms, neither the spirit nor letter of the law.

Not so the get-refuser — since halakhah requires the husband to issue the get of his own free will, he uses that requirement as a loophole to withhold it. Imagining himself to be within his rights, he delusionally believes he is doing nothing wrong. In fact, he is at best a “scoundrel with Torah’s license” [naval bi-reshut ha-Torah; see Nahmanides to Lev. 19:2], billowing a false smokescreen to masquerade his abrogation of the law, while hiding behind a hijacked version of the letter of the law. Such bald manipulation of the spirit of halakhah, while technically tacking to the literal letter of the law (despite flouting other rabbinic sanctions, including the need to obey the court order), is itself an affront and attack on the very integrity of halakhic Judaism. It is the definition of desecration of God and His Torah.

We should all work toward perfecting the world, starting first at home, through ameliorating the entire litany of ills which face our communities. But the first order of business for all people of good conscience, for whom the integrity of halakhah is paramount, and the foundation on which all else stands, must be to strive to block the manipulation of the law which perverts the law. And all this in addition to our task as children of Abraham and Sarah, for whom kindness to the plight of an afflicted agunah must be our first priority.

About the Author
Jeffrey Saks, founding director of ATID and WebYeshiva.org, is the Series Editor of the S.Y. Agnon Library (Toby Press), and Director of Research at the Agnon House in Jerusalem.
Related Topics
Related Posts
Comments
Advertisement