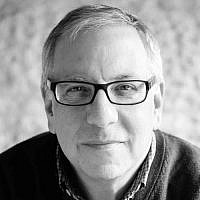 In a poignant comment erev yom tov by my son Benjy, a soldier in the IDF, who said that “I am serving tonight so Israelis can observe their Sedarim in safety.” Overtired and serving in a dangerous position, he tried to communicate how he, as a religiously observant new immigrant, is conceptualizing his role as an Israeli soldier on active duty in a front line position. By his actions, he embodied that the freedom that our people embrace on Pesach has to be guaranteed and protected by well-trained soldiers like him.

I chuckled when he told me that he asked and answered his own question to a high ranking officer who came to view his area before the holiday. He asked the officer, “Mah Nishtanah Halaila Hazeh Mekol Halailot– Why is this night different from all other nights?” He continued, “Klum-nothing!” His answer reflected the reality that Benjy’s responsibilities as a soldier were no different that Seder night than any other night.

Benjy is in an IDF program called Hesder that, in the four years of his IDF service, part of the time he spends in his yeshiva and part of the time he is trained and serves in uniform as a soldier. In the past, he had shared with me that he and his fellow religious soldiers have been taught that their service in the IDF is a mitzvah and to protect lives is a religious obligation. Intellectually, I understand that categorizing his army service as a mitzvah absolves him of the responsibility to participate in a Seder.

While I sat with my wife, children, grandchildren and extended family this year, we enjoyed a sumptuous feast and in the light of our dining room in New Jersey and we pondered the profound questions of the haggadah. We sang all the songs out loud, but especially “l’shana haba’ah birushalayim” was sang with enthusiasm, as we knew that, with God’s help, our lift will be coming soon and next year will be a reality. Our family was together, celebrating freedom and looking forward to a new life in our homeland. In contrast, Benjy spent his Seder night in full military garb, mask upon his face, rifle loaded in his lap, crouched in the darkness with his fellow soldiers. They took turns searching for terrorists through their night vision goggles, passing a single haggadah between them. Their whispered voices asked each other the four questions, their hands interchanging between shot glasses of grape juice and grenades.

We are grateful to the soldiers who understand the true meaning of freedom and are willing to sacrifice celebrating with their families and communities to ensure that all of other Israeli families can observe it in safety. As Benjy’s parents, we missed him but are comforted that he has integrated the lessons of the seder, the “higadita livincha” that we taught him about the real meaning of freedom and our responsibility to our fellow Jews.

Sometimes to be free, we must sacrifice our time for the greater good. This year, our son Benjy is reminding us of the profound lesson also taught over generations at the seder that no freedom is free.

About the Author
Dr. Eric Lankin is Vice President-Development of StandWithUs and an Adjunct Professor at Hebrew University. Before his family made aliya 3 years ago from the United States, he served for 14 years as a congregational Rabbi and most recently, for eighteen years as Jewish communal professional leader.
Related Topics
Related Posts
Comments