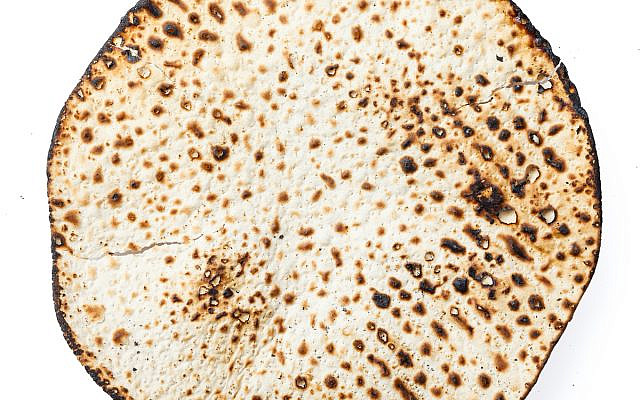 In physics, we speak of systems and states. A system is a collection of physical objects (particles, waves, etc.). A system can be in various states. For example, a coin could have two states—heads or tails. A top also has two possible states—it can be spinning clockwise or counterclockwise. Light can have two states as well—being in the vertical polarization or horizontal polarization. In classical mechanics, a system can only be in a single state, i.e., at any given point in time, a coin can be either in a state “Heads” or in the alternative state “Tales”. A top can either be spinning clockwise or counterclockwise.

When a system is in a state of superposition, strange things can happen. For instance, an electron can be “spinning” clockwise and counterclockwise at the same time (in reality, an electron is not spinning, it behaves as if it was spinning), and Schrödinger cat can be neither dead nor alive.

Torah gives us many several examples of the superposition of states. One such example is manna, which was in a state of superposition of all possible tastes (whichever food a person eating manna would imagine, that is how it tasted).

Another example, which I want to focus on, is the commandment of Pesach Sheni, the Second Passover. Those people, who were unable to bring Passover sacrifice on time, i.e., on the 14th of Nisan, were given the second chance to bring the Korban Pesach (Passover sacrifice) a month later, on 14th of Iyar. The amazing thing, however, was that while eating Passover lamb with matzot, those who brought Korban Pesach on Pesach Sheini were allowed to eat bread. Let’s think about it. Usually, the whole year we eat leaven bread, chometz (let’s call this state “Chometz”), while on Passover we must remove all chometz from our houses, and we are only allowed to eat unleavened bread, matzah (let’s call this state “Matzah”). On Pesach Sheni, however, we are allowed to eat chometz and matzah. In other words, we find ourselves in the state of superposition of |Chometz〉 + |Matzah〉! (One could argue, of course, that every day, except for Passover, we can eat bread and matzah because there is no prohibition of eating matzah during the year. The point is that on Pesach Sheini, those who did not have a chance to offer Passover sacrifice in its proper time, get the second change. Eating Korban Pesach, however, requires eating it with matzah. So for those bringing Passover sacrifice on Pesach Sheini, eating of matzah was mandatory, although no prohibition to eat bread applied.)

I grew up in Russia in a secular family, which did not observe Jewish holidays. We didn’t have Jewish calendar and didn’t even know when the High Holidays, such as Rosh HaShanah and Yom Kippur, came about. We wouldn’t know about Passover either, if not for my uncle Yosef who lived in Zhitomir, Ukraine, where my mother’s family came from. Uncle Yosef was the only surviving brother of my grandmother Sophia (Sarah). They had 11 siblings but most of them were murdered either by Kazaks during pogroms or by Nazis during World War II (may God avenge their blood!). My grandmother and uncle Yosef were the only ones who made it alive. Every year, in the spring, we would receive a package from Zhitomir from uncle Yosef with a box of matzahs. We didn’t know exactly when the Passover would start, but we knew it was close, and for a month or so we’d eat every day matzah… and bread. We didn’t know better. All my childhood Passovers were akin to Pesach Sheini—in a state of superposition of |Chometz〉 + |Matzah〉. Growing up in a secular culture among Russians left me confused: was I a Jew or a Russian? I grew up in a state of superposition of |Jew〉 + |Russian〉. That is, until I collapsed my wavefunction and chose the state of being a Jew. This is my story told in terms of quantum physics.

Pesach Sheini, however, is a story of every ba’al teshuva, a person who returns to his or her roots and who has to choose between two states. Luckily, the story of Pesach Sheini teaches that it is never too late.

Originally published on QuantumTorah.com on Jan 10, 2016