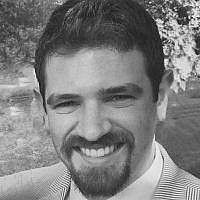 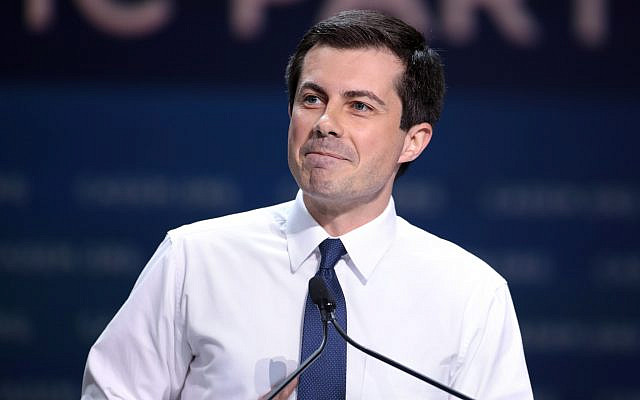 While Pete Buttigieg, the Mayor from Indiana’s South Bend, has struggled to gain momentum in the race to be the Democratic Party’s nominee to face President Donald Trump, he is still lauded as one of the most intelligent in the field. His answers to questions are articulately presented, with a tone and cadence which leaves many in the audience nodding along, starstruck by Buttigieg’s seemingly unique sagacity.

On paper, Buttigieg does seem to be over-burdened with the credentialism that his intellectual reputation demands. After attending Harvard University, majoring in history and literature, he was awarded a prestigious Rhodes Scholarship, and obtained a Bachelor of Arts degree in philosophy, politics, and economics (PPE) from Oxford University.

To many, the very mention of Oxford – the number-one university in the world – imparts an unquestionable level of knowledge of every subject and topic to every one of its graduates. “Wow, you went to Oxford? You must be a genius!”

Now, specific and distinct elements of this broad stereotype are somewhat true. Oxford University (and to a far lesser extent, Cambridge University) does provide a unique education to those who are fortunate enough to attend. Throughout three short 8-week trimesters – known as terms – students will receive weekly one-on-one tutelage from some of the world’s leading academics in their respective areas of study. This does, in theory, provide students with an optimal environment in which to excel in their chosen subject of focus.

However, there are two falsities regarding this Oxford stereotype which are perfectly epitomized by Pete Buttigieg. The first is that academic and theoretical expertise in one specific subject in no way provides evidence of broader wisdom. As a graduate of Oxford University, I can attest to this fact – one of my closest friends is possessed with an unquestionably impressive level of mathematical ability, but had to use YouTube to learn how to boil an egg. He was 20 years old at the time.

Secondly, and more importantly, Oxford University helps its students achieve two things. The first is to become experts in their fields of specific study. The second is to speak as if they are experts in every field of study, described technically by the verb “blag.” When you graduate, you are equipped with an unrivaled education in blagging your way through life, armed with the ability to rapidly spin together convincing collections of words while veiling any actual ignorance which lurks beneath.

This brings us back to Pete Buttigieg, who gained a first-class degree in both PPE and blagging. Buttigieg does, indeed, sound deeply astute when he speaks. His answers to questions, on the surface, seem considered, measured, and intellectually-substantive. However, if we set aside the handfuls of linguistic fluff honed by the cloisters of Oxford, we are able to see that Pete Buttigieg is just as much a shallow, pandering liar as his seemingly intellectually inferior Democratic opponents.

Pete Buttigieg’s blagging skills were on full display during a town hall in Des Moines, Iowa, earlier this week. When questioned on whether he wanted the support of pro-life Democrats, and whether he would alter Democratic policy in order to return to being a “big-tent” party on the issue of abortion, he responded as follows:

“I’m not going to try to earn your vote by tricking you. I am pro-choice, and I believe a woman ought to be able to make that decision,” he said. “The best I can offer is that if we can’t agree on where to draw the line, the next best thing we can do is agree on who should draw the line, and in my view it’s the woman who’s faced with that decision in her own life.”

Without parsing this response with an Oxonian blagging meter, it seems like another reasonable and well-articulated answer from Buttigieg. However, stripping out the syntactic decorations, we are left with a politician who avoided the question and attempted to dismiss someone’s opinion by relinquishing any moral responsibility. This response is nothing more than a well-worded cyclic argument which posits that the morality of actions are defined solely by the actor.

This argument is clearly farcical. Would those who opposed slavery be easily persuaded to ignore their moral indignation by allowing the moral judgement of slavery to be determined by slaveholders? Of course not.

Less recently, during a Democratic presidential debate in November, Pete Buttigieg responded to a challenge from former candidate Kamala Harris regarding his ability to fight racial injustice as follows:

“And I care about this because, while I do not have the experience of ever having been discriminated against because of the color of my skin, I do have the experience of sometimes feeling like a stranger in my own country, turning on the news and seeing my own rights come up for debate, and seeing my rights expanded by a coalition of people like me and people not at all like me, working side by side, shoulder to shoulder, making it possible for me to be standing here. Wearing this wedding ring in a way that couldn’t have happened two elections ago lets me know just how deep my obligation is to help those whose rights are on the line every day, even if they are nothing like me in their experience.”

On the surface, he again seems impressive. Below the surface, he attempts to compete with Harris’ (illogical) claim of authority on racial “issues” by standing upon his own intersectional victimization, while simultaneously acknowledging that the experiences of African-Americans and gay Americans are incomparable. In short, nonsense.

For Buttigieg, baffling his audience with long-winded articulations is the strategy he hopes will set him aside from the crowd. Next time Mayor Pete is working his verbal magic, remember that just because Harry Potter was filmed in the halls of Oxford University, that does not make each of its students intellectual wizards.

Buttigieg is no better or worse than his equally repellant Democratic comrades. He’s just better at blagging it.