Two reasons are given for her bathing in this lagoon: (1) She had been sorely afflicted with a wretched disease (some say leprosy), and she believed that washing in the waters would cure her, and (2) she was so revolted by the pagan ways of her father and his murderous campaign against the Hebrews, she wanted to cleanse herself of these detestable things. How she kept the second reason from her father is also missing from the text. Sketchiness seems to be the rule in this heroic tale.

And how was it that Moses’ family knew where Pharaoh’s daughter would be bathing? Did they live so near to the palace (it seems unlikely) that they observed her comings and goings, and, even if they did, how did they know that on this specific day she would appear at this particular spot. This one remains beyond me.

And while there, she sees a basket with a baby among the reedgrass. Actually, she heard the baby before she saw him, because he was crying. My teacher, the distinguished late Professor Nahum N. Sarna pointed out in his commentary to Exodus that this is the only situation
in the entire Bible when a baby cries. All other references are to adults. This must have been noticed by the Rabbis who knew the entire Bible thoroughly, and they necessarily expanded on this curious fact.

Moshe was three months old, too young to sense that his sister was hidden at a distance to see what would become of him. Up to this point in the text, Pharaoh’s daughter had no idea what was his ethnic background, since the basket was first spotted at a distance. In fact, by a slight change of the vowels in the text, the Midrash states that it was 60 cubits (about 90 feet) away, but when she stretched out her to arm to bring it closed, her arm miraculously extended!

Foremost in her mind should have been first to search for the baby’s family. It could as well have been a child of poor Egyptians who could not afford to sustain her, and once having found the family, she could have used her royal resources to support the family.

But when the basket was near enough for her to see the child, she recognized that it was a Hebrew baby. The Midrash says he was surrounded by a certain aura, so she knew there was something very special about the child. But the fact that he was circumcised meant he was a Hebrew. My teacher and friend, Professor Jeffrey Tigay, sent me material that indicates according to Egyptologists, Egyptians were also circumcised, but probably only between the ages of six and 12.

And yet, and yet, knowing she was defying her father at the risk of her own and the baby’s lives — there are numerous examples of tyrants throughout history murdering their own family members — she takes him in, along with Yocheved, the Hebrew nurse, because she had
compassion for him. This seems to be the meaning of Exodus and is reinforced in the Midrash.

For God’s sake, it was an abandoned baby! She couldn’t just leave him there to die of exposure.

Returning to a point mentioned above, Was she herself married? Did she have children of her own? I picture her age 17 or 18, though I have no sense if she was married by then and barren, or for some reason still single, and simple human compassion overwhelmed her. 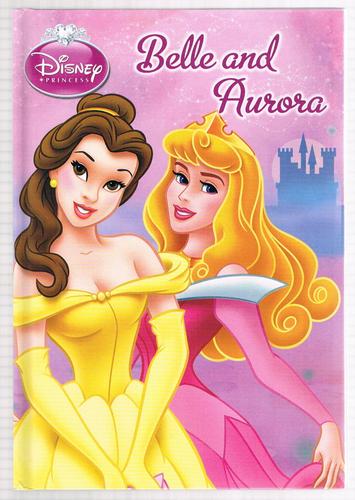 There is a Midrash that says she was Pharaoh’s only child and was at that point in her life, childless, and even later on, when she converted an married (some say to Caleb, one of the 12 scouts Moses sent into the land), she had three natural children of her own. On the other hand, those who favor the idea that she was not married is also understandable. I think nowadays of some man who might happen to be attracted to the daughter of a Mafioso. Who needs the Sunday dinners with the don and his thugs, thieves, enforcers, the chit-chat at parties with kneecap breakers, extortionists, and murderers? Better to just sigh and drop it. This princess was not like Disney’s Belle or Aurora; she comes with psychological and existential baggage too weighty and massive to comprehend.

She did it, even though the Midrash tells us, that many of her servants had warned of her of the extreme danger of what she was about to do. Still, she did it, and where this courage comes from in the human soul is something thought about, written about, played out on the stage and in movies, and still remains ultimately a mystery. One explanation of her personal courage is mentioned in the Etz Chaim commentary, namely, that up until this time her father’s oppressive decrees were an abstraction in her mind, but when she saw this one very real baby,
she grasped the full horrible enormity of what her father was doing.

And still another question, why did Amram and Yocheved keep him in their home for three months when clearly any moment of discovery surely meant death to the baby and the family? As mentioned above, the Midrash goes into wild lyricism about how the baby was so gorgeous. Perhaps Moshe’s parents were so powerfully emotionally attached to him (I suspect whether or not he was beautiful), they held on to him as long as they could before taking the drastic step of leaving him in a basket in the Nile for someone, somehow to rescue him. They
simply could not part with him. We know from the media about abandoned babies. Los Angeles even has a no penalty law. Leaving a baby at a hospital, and I think at a police station or house of worship, incurs no legal punishment for the parent(s).

From the moment I began to be taken with thinking about Pharaoh’s daughter two things were on my mind: The first, obviously, is the voice of Elie Wiesel. And the other is all the Righteous among the Nations, that Yad Vashem has recognized and honored over the years.
There are the famous ones, Raoul Wallenberg, Oskar Schindler, the lesser-knowns such as Princess Alice, mother-in-law of Queen Elizabeth, the good people of Le Chambon, France, who saved their Jews, and the hundreds whose names we wouldn’t know unless we devoted our efforts to do research about them. In 1948, at the time of Israel’s founding, there were approximately 130 of them who came to live there. Today there are only about a dozen remaining and a few additional widowers. (See Atzum’s website for more details)

Such is the ancient story of Pharaoh’s daughter, and her (eternal) life’s story is worthy of telling and re-telling down to the very greatest imaginative detail we can discover. Translating the Yiddish phrase, “It’s good for the Jews”, and, indeed, for all humanity.