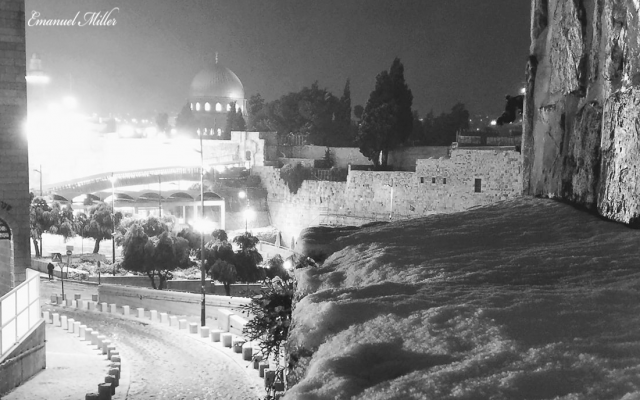 Jerusalem has a reputation for madness. Heck, we even have our very own syndrome. How many cities can beat that? (Go away Stockholm, nobody fights wars over you.)
I’ve often felt — for better or for worse — this is a city where common sense doesn’t apply. It’s part of what makes Israel so great, this stubborn refusal to go with the flow.
And I suppose I’m another one of Jerusalem’s ‘meshiggenes’. Instead of going out to enjoy the snow for half an hour, maybe an hour, I traipsed all the way to the Old City from Katamon to see it in white. 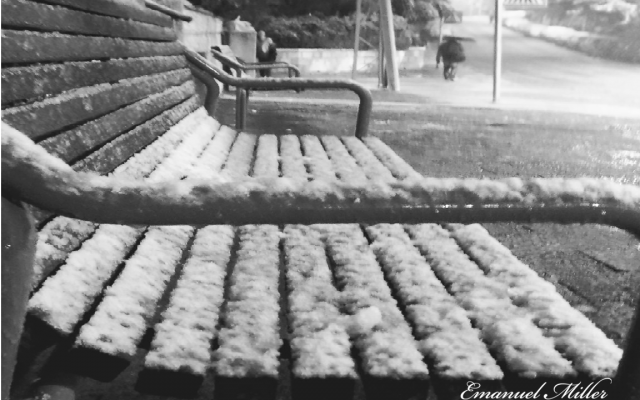 I’ve lived in the Old City, so understand this: there are three kinds of slippery. Regular slippery, then snow slippery, then Old City stone slippery. Walking in the Old City when it’s raining is treacherous enough; attempting to navigate it in icy conditions is downright daft.
But hey, I had to get some snaps. And so I put on a warm hat, gloves, thermals, the works, and set out. 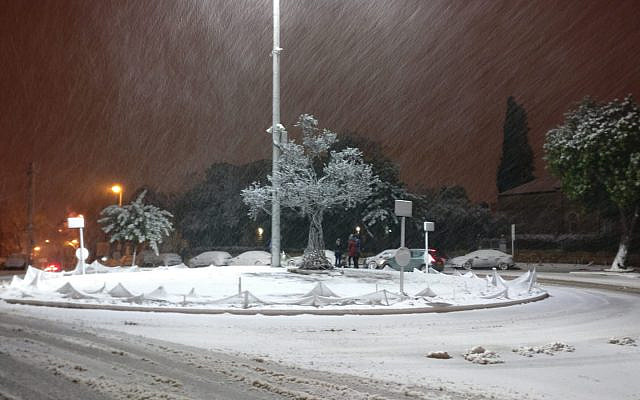 A snow-covered roundabout in Jerusalem’s Talbiya neighbourhood
And what fun it was!
I smiled as I saw young women dancing carefree while white flecks descended from heaven and music blasted from their portable speaker. I laughed as two shirtless teenagers chased each other with snowballs in hand. And when I saw a man attempting to push a broken-down car, I just threw myself at his Mazda, and together we pushed it to the roadside. 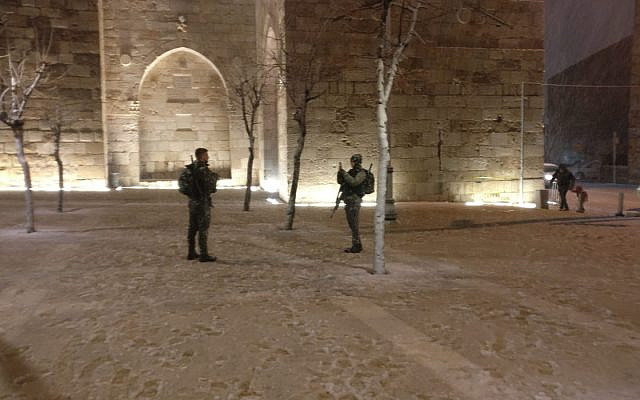 Border police at Jaffa Gate posing for photographs in the snow

As I entered the Old City, I saw border policemen taking photographs of each other, cherished memories of a rare Jerusalem snowfall. And I realised that though the bus services had all been terminated early, literally dozens of other people were determined to get to this, our holiest of places. Meanwhile, about a mile away, around 100 people partied in a tunnel at Gan Sacher. 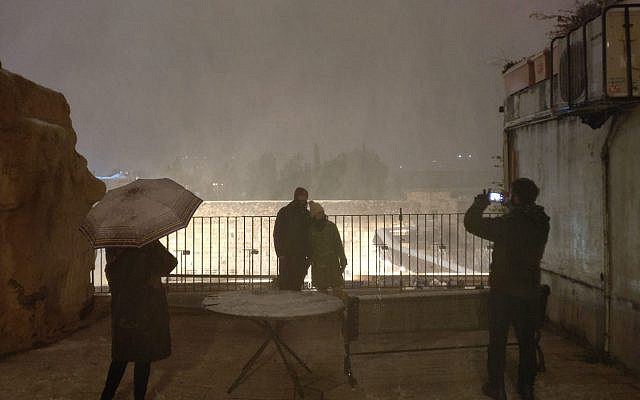 Visitors posing for photographs at a lookout near the Western Wall and the Temple Mount
And as I trudged back home at midnight, wet through and frigid to the bone, I shook my head in disbelief as a young man around my age wheeled his bicycle uphill – what on earth was he thinking taking his bike out in the first place?
Oh, Jerusalem. Never change. 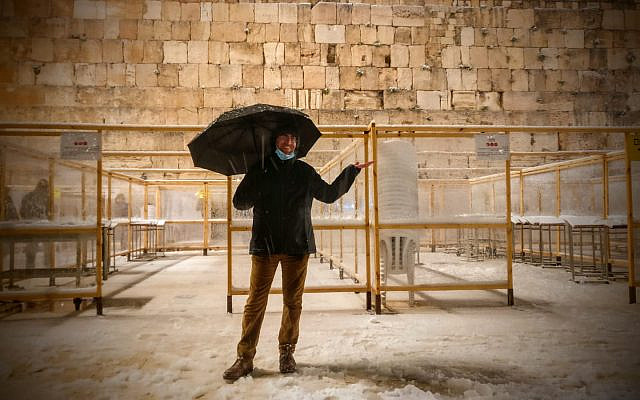 Yours intrepidly and truly
This is a personal article by the author and the views and opinions expressed within do not necessarily reflect the position of HonestReporting.
About the Author
Emanuel Miller is Marketing and Content manager for HonestReporting, an organization dedicated to defending Israel against prejudice in the media.
Related Topics
Related Posts
Emanuel Miller
Comments