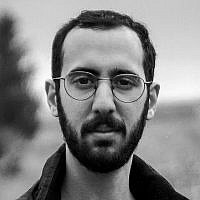 The Blogs
Guy Shilo
An Israeli Documentary Photographer
Apply for a Blog
Please note that the posts on The Blogs are contributed by third parties. The opinions, facts and any media content in them are presented solely by the authors, and neither The Times of Israel nor its partners assume any responsibility for them. Please contact us in case of abuse. In case of abuse,
Report this post. 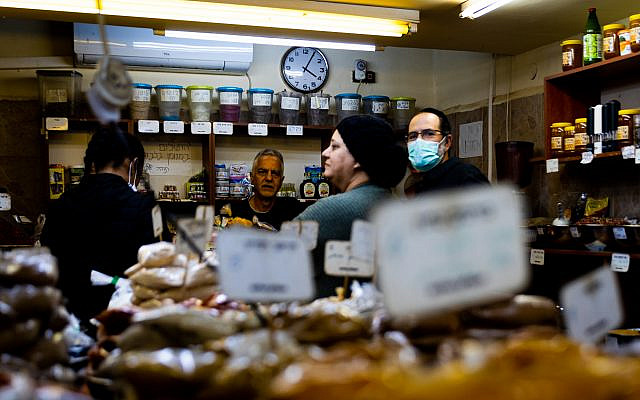 'Any day the police can come and shut us down with no notice, so we try to sell everything as soon as we can. I make serious discounts, but people won’t go outside unless they absolutely have to. If the situation won’t change, I’ll have no other option but to close the business'

The pandemic has hit all of the world at once. Some countries are dealing with heavy casualties, while others try to find practical solutions for maintaining public health.

Two months ago, I started to document the lockdown in Israel. At that time, you could not go more than 100 meters away from your home, nor outside, without wearing a mask. The schools were closed, so were most of the places of work, making 1 out of 4 Israelis unemployed. 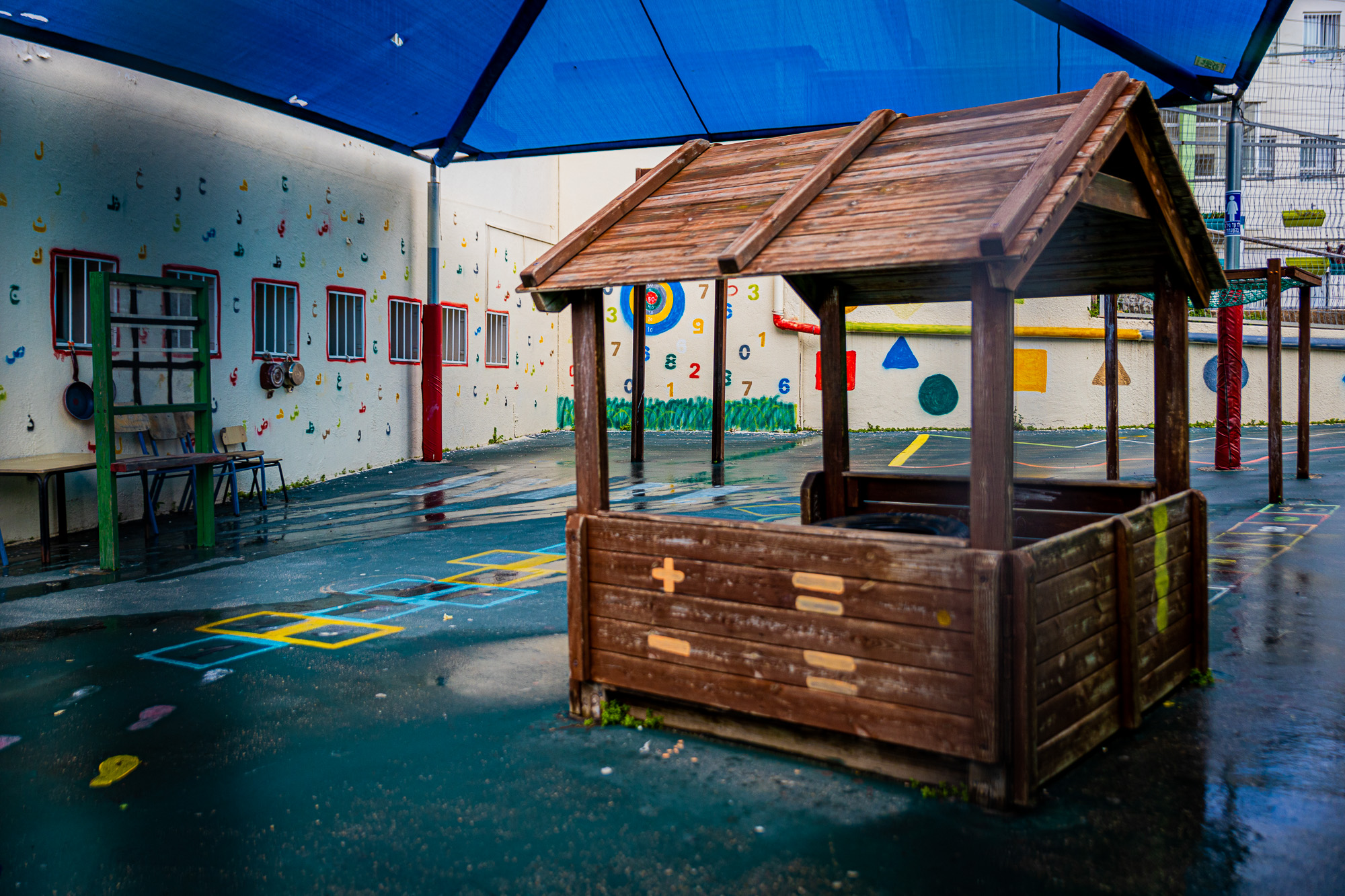 ‘They tell you to keep working from home, but how can I work while having to care for two infants? We’re not allowed to come together as several families to take care of them together and I only get a few free hours – so we practically have no solution. I had to quit my job. I have no idea how and when I’ll be able to work again, but my children are the most important thing to me.’

I work as a freelance photographer, but then I was out of business.

I managed to cut my expenses and use my savings – but many can’t.

As I felt the struggle of unemployment myself, I was curious to go out on the streets to document the stories of business-owners and workers who were facing the same situation, each with their own story. 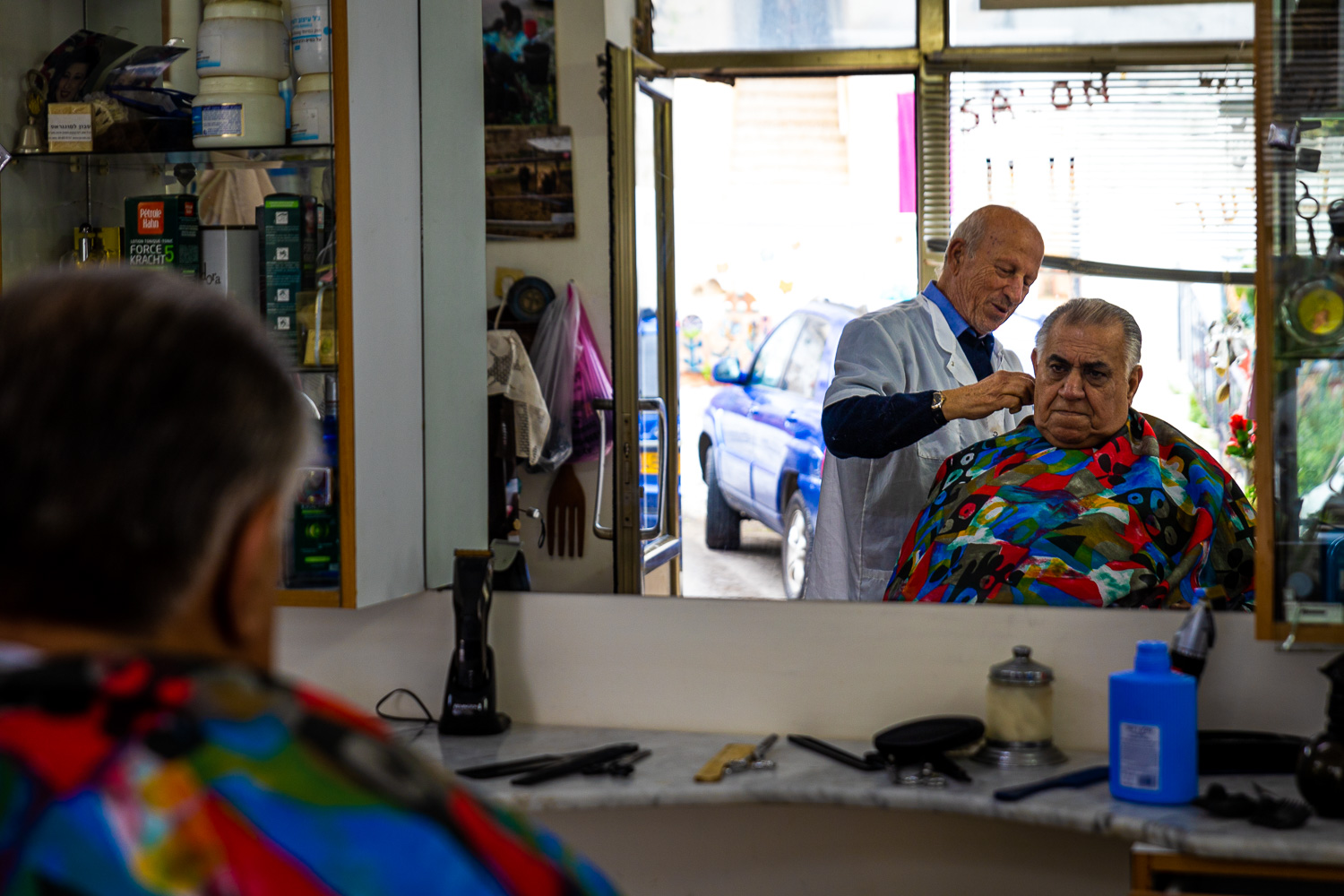 ‘Don’t get the business’s name in the frame, I don’t want to get in trouble for opening the shop. It isn’t open, I only do haircuts for friends. Instead of doing it in my house, I do it here. It’s like home. This barbershop has been running for more than 70 years. Nowadays, businesses don’t last for so long, they go bankrupt after a few years. They can’t shut me down.’

As time went by, the reactions of the people I have met have changed. At first, they ignored the situation, believing that the restrictions would not affect them. Later, they became frustrated and talked about how they would have handled things differently. At last, they just sighed with despair – seeing no hope for themselves. 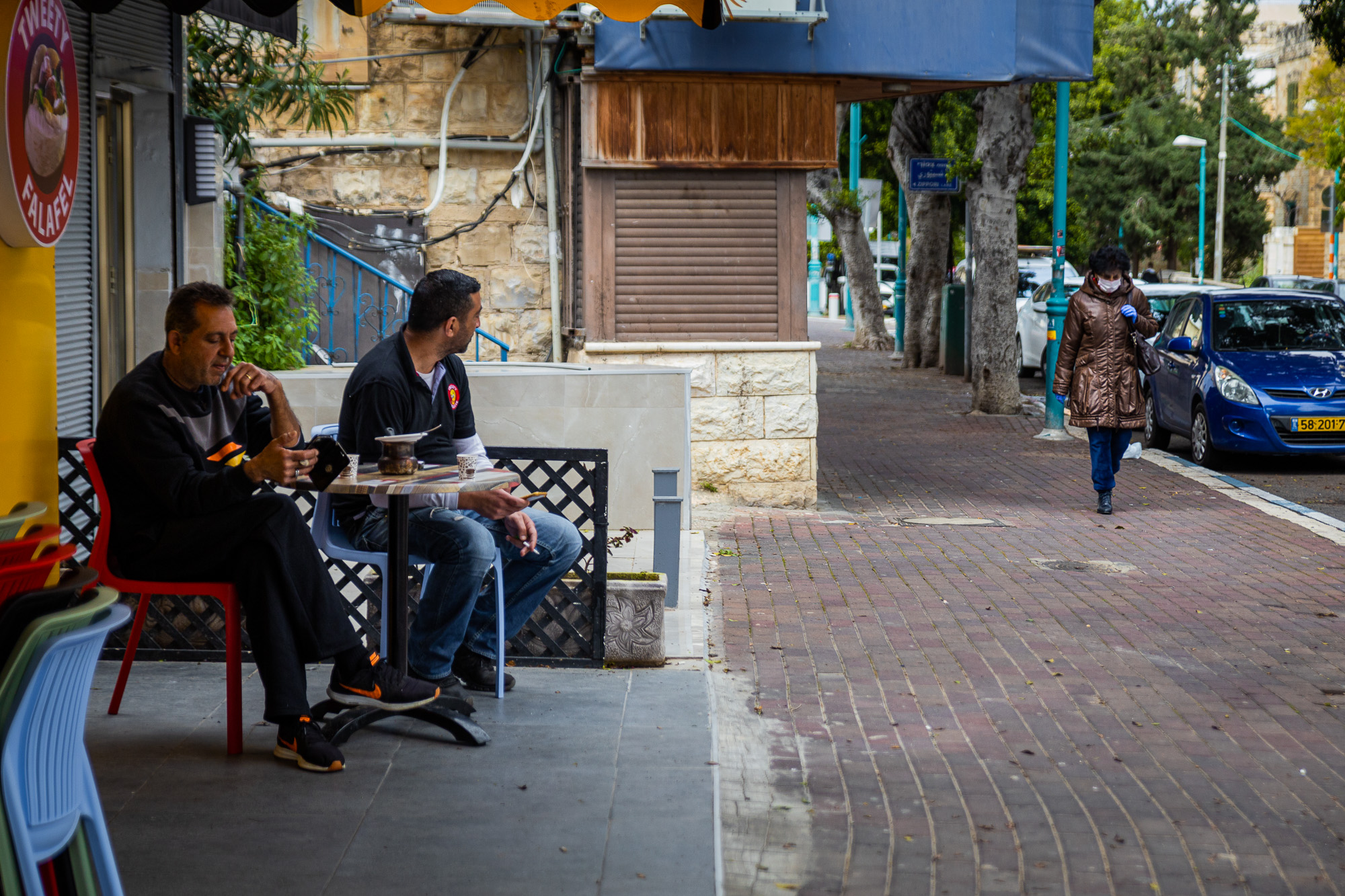 ‘There are almost no customers, but what can I do? Sit at home all day watching my business fail? Every now and then someone goes by and I hope he’s gonna buy something, I’m here.’

Extreme situations like this unveil the weaknesses and underlying problems of the country. For years, experts and reporters have warned the public about the lack of government funding for national health care facilities. The pandemic burst and panic swept the nation. Many were unsure if the hospitals would be able to cope with the upcoming influx of patients. Even people suffering from life-threatening diseases were afraid to get medical assistance at the hospitals out of fear of getting infected. 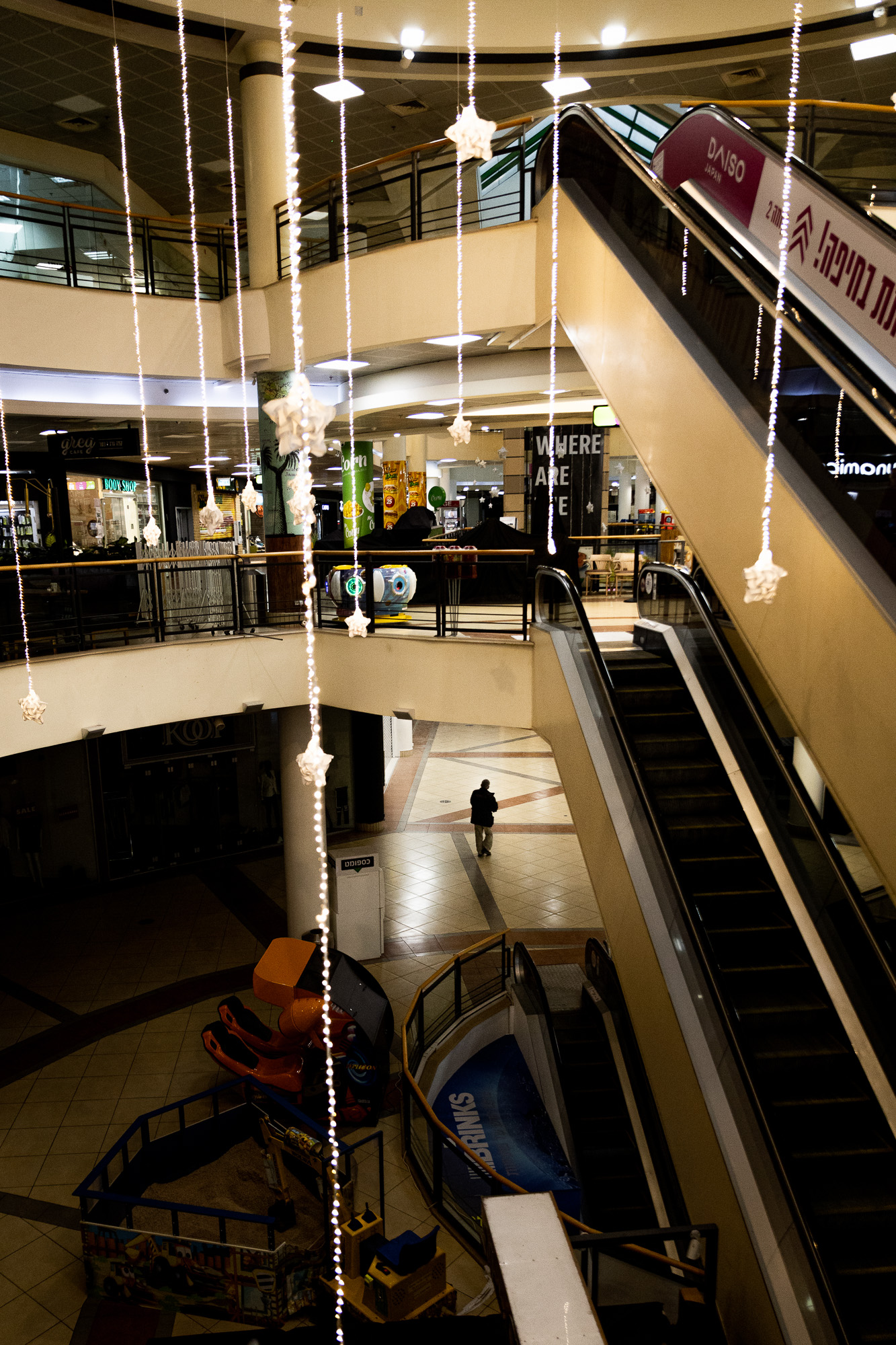 ‘Normally on Friday noon, this mall is crowded. We have dozens of security guards patrolling at any given time. People don’t come these days, so I’m the only guard in the whole building. Even my boss won’t leave his house.’

Every conversation I’ve had masks a far deeper problem — none of the people I have talked to trusts the government to do the right thing.

There hasn’t been a functioning parliament in Israel for almost a year.

After three elections, in which none of the winners succeeded in forming a coalition, the two major parties have joined forces to form a heinously expensive government in which there are more than 30 ministers. 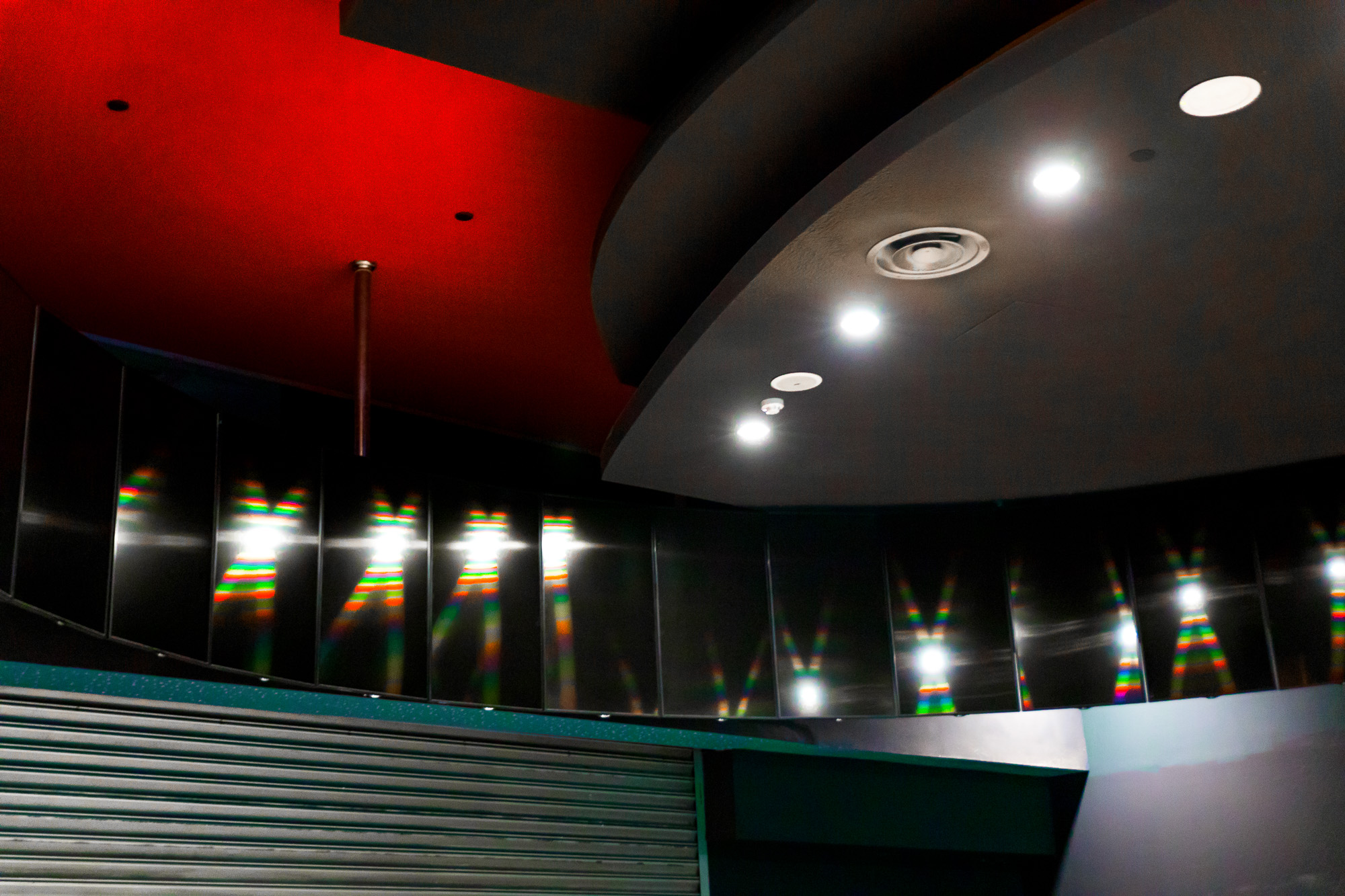 There are 23 movie theaters at the cinema complex, ‘Yes Planet Haifa.’ Since the outbreak, none of the theaters has been active. New Israeli films that had just premiered were released directly into the VOD services, giving up on the income from the theater screenings. The total amount of financial loss is currently unknown.

This outrageous act by the Israeli politicians is perceived by many as an insult to the public, reflecting how careless politicians are with the public’s money during a time of ramping unemployment.

People seem to give up hope that the government will change and rely only on themselves. In a country where the government is untrustworthy yet restricts the population heavily — democracy gradually falls apart. 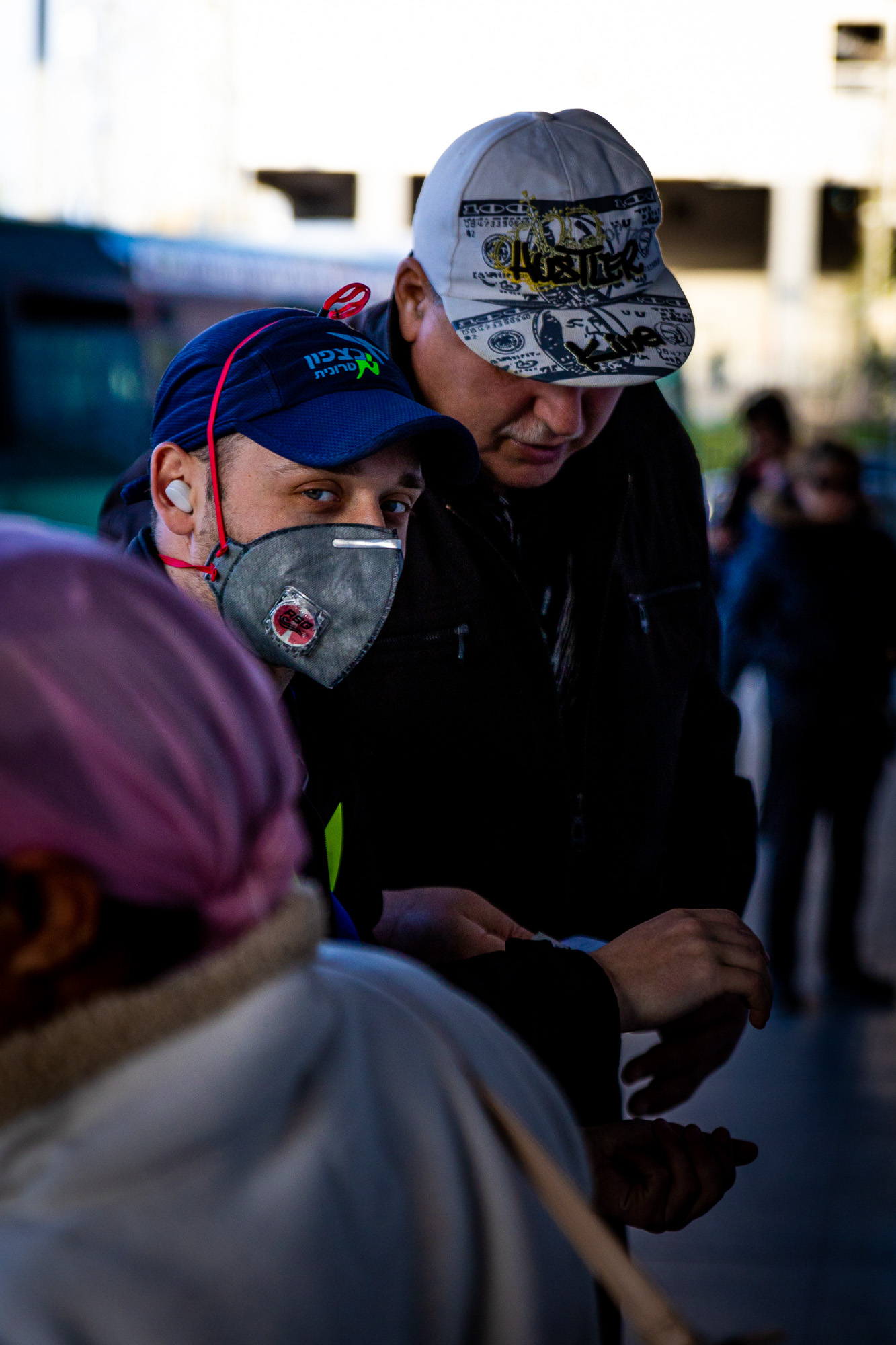 ‘I bought this mask online. Much cheaper than what they sell on the streets. There’s a bigger story behind this corona thing and I’m going to reveal it on my YouTube channel tomorrow. I know many will unsubscribe but I don’t care, they must hear the truth.’

Experts estimate that many will not be able to return to work after the restrictions are removed. Some estimate that more than 60,000 businesses will go bankrupt. 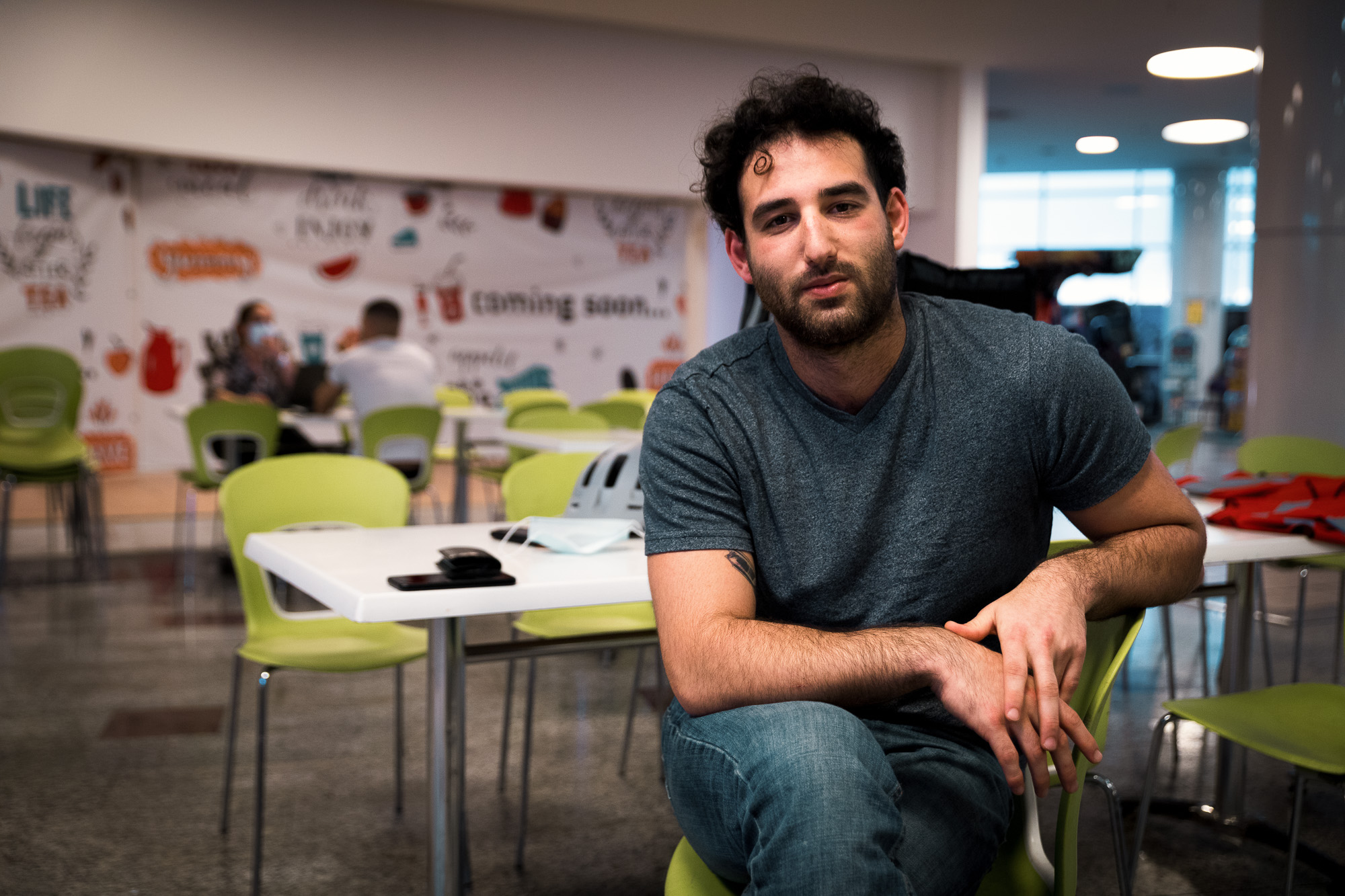 ‘I sent my CV to 20 different places. This is the only one that answered me, so I came right away. Everyone is looking for a job right now and the competition is high. I’ll take any job nowadays.’

Currently, there is a massive civil protest about the lack of governmental assistance.
I do not believe that my project will change any Israeli law. However, I do believe in the power of art. Art doesn’t change reality — it changes people.

The pandemic is going to pass, but some people will get into economical or personal trouble that will last for much longer. Now, more than ever, we must come to the help of our local communities and especially our local businesses.

Only by coming together as a unified society, supporting those who need it and holding on to our trust and compassion, can we emerge out of this crisis intact.

About the Author
Guy is an Israeli photographer and educator based in Haifa. He Works as a freelance photographer and videographer throughout the country.
Related Topics
Related Posts
Comments