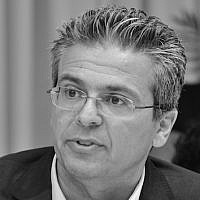 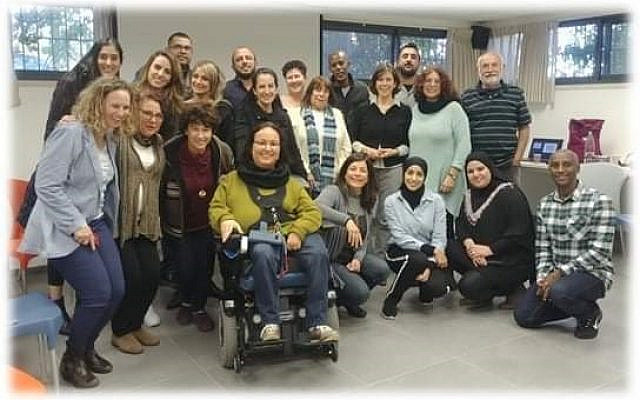 My Photograph of Victory - by permission of Merchavim

Everyone is talking about “Pictures of Victory”.

That’s mine — accompanying this piece.

Taken not very long ago in the town of Lod, the epicentre of our beloved country’s current catastrophe. The town of Lod, Israel’s back-yard; ten minutes drive and seventy years distant from Ben-Gurion international airport.

The photograph is of the next generation of the second beautiful Israeli family that I have been blessed to parent, Merchavim – The Institute for the Advancement of Shared Citizenship in Israel.

It is a photo of Jewish and Arab-Palestinian-Israelis, secular and orthodox, black and white, immigrants and veterans. An image of Israelis of all sexual orientations who get about and get by as best we can.

It really is a photograph of “good people on all sides”.

But not in the populist, corrupted, morally equivalent, and too-popular sense of “good” Jews and Arabs, of “good others”. Rather in the meaningful and just sense of people of all backgrounds who recognize each other’s humanity and choose to build a better shared future for all our children grounded on a shared commitment to an ever fairer and hence ever more successful shared future.

But of course, Merchavim’s picture of organizational victory – the other great parenting miracle of my blessed life – is also the clearest and starkest image of my failure.

The great failure — not mine alone of course but I can only take full responsibility for mine — is to have so far failed to persuade enough Israelis of all backgrounds, and all those around the world that love Israel and the vision of our founders, that this is Israel’s only realistic picture of victory.

Crucially and tantalizingly – but equally fortunately – the failure is not a result of our not knowing what needs to be done or how to do it effectively. Decades of knowledge, experience, and proven success of initiatives of the kind Merchavim and other agencies implement — often with government ministries and with business — show conclusively that we do.

Our failures – also mine – more specifically include the following. And make no mistake, this is an attempt to begin the work to set them right – together:

Of course, the reality is that our line of work — building trust and communities and a decent shared future for all — is immeasurably harder than funding its destruction. Gravity — the laws of the universe whatever their source — have decreed that it is harder to build anything than destroy everything. But ours is the right path and I am proud to walk it with countless (but still not enough) friends, colleagues, believers, funders and stakeholders.

And above all — and patently to date — is the failure to inspire enough good people on all sides that we have to step-up and win and that we can. So here I go again — and will do the same in Hebrew and Arabic in the coming days:

For a host of reasons that I have written about elsewhere, having established the state with great sacrifice and ingenuity, we have done far too little to make meaningful and share the full promise of our shared citizenship.

We have not even begun to find the words.

The average junior-high schooler has the cognitive capacity to distinguish between the most fundamental political categories of the modern era, between citizenship, peoplehood, residency and so forth. But only if those lessons are taught and in Israel they never have been and still are not. This for various fallacious reasons including the baseless fear that Israeli citizenship taken seriously will threaten Jewish identity and Peoplehood.

Educators have shown and children demonstrate everywhere that children can learn three and more languages and still know precisely who they are. Merchavim and other organizations have pioneered the teaching of communicative Arabic to Jewish-Israelis for years, but it is still not part of the curriculum. How could it be, when Arabic is viewed by too many as the language of the enemy (within and without) and that learning it should primarily serve the needs of military intelligence?

Of course, that is also tragically still true, but it will always be true, unless Jewish-Israelis also learn Arabic to speak, listen and — in the case of many Jewish-Israelis — to enjoy a rich part of their own Jewish heritage.

So now is the time to act, to make Merchavim’s victory photo what it must become, our collective victory.

None of us can take total responsibility for this — but we must all take full responsibility for ourselves. Those like me – for whom this is our day job – must work still harder and more effectively; make the case, employ best practices, partner better, achieve tangible and scalable results, shape innovative and strategically game-changing new initiatives and provide hope.

To those with financial resources, private and philanthropic, this is a call to you for action.

You must invest more strategically, more effectively, more sustainably and — crucially — much more. Your goal in this endeavour must be to win — not merely to participate. You must do this based on the truth; that the State of Israel can never be stronger than the fabric of the society from which it is woven.

Whatever we are each able to contribute, we builders — whose task is anyway far harder — are being out-played, out-spent and — God Help Us — out-gunned by those for whom our victory photo is their greatest fear.

So, let’s all step up; each bringing our respective skills, knowledge and assets. Because failure is truly not an option and our victory will be so sweet, a victory for Israel, for all Israelis, for the Jewish People and for humanity.