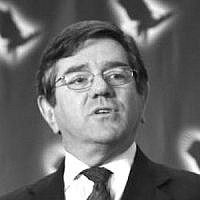 One of the most fundamental teachings of Judaism is the obligation to save a human life when that life is in peril. The concept is known as Pikuach Nefesh. The threat to life may be immediate or may be impending. Nevertheless, with very few exceptions, an individual must do all within his or her power to save the life. The converse of Pikuach Nefesh is to purposefully place one’s fellow human being in harm’s way. It is indeed tragic that partisan politics may expose Americans to the consequences of COVID-19. Partisanship is forcing our neighbors to choose between exercising their right to vote and protecting their lives. Fortunately, there exists a time-tested means of not being forced to make that choice. Many wise American governors, including my own Governor, Republican Larry Hogan, implemented vote-by-mail balloting for the 2020 primary contests.

However, I recently watched in horror as hundreds of Wisconsin voters were compelled to queue-up in long lines in a limited number of crowded polling places to vote in the state’s April 7 primary election. Each one of them could contract COVID-19 or spread the virus to others. This not only jeopardizes the health of the voters, but also imperils the health of the poll workers and volunteers present at the polling places. The state’s Democratic governor’s foot-dragging in not delaying the election or expanding absentee balloting, and the Republican state legislature’s stubborn refusal to agree to a delay or lengthen the time to submit absentee ballots can be debated at another time. The fact is that America has an effective, proven and secure means for safeguarding our democracy and, at the same time, protecting the health of its citizens.

Vote by Mail is a viable alternative to in-person voting and, in fact, boosts voter participation. Five states already distribute and collect election ballots though the U.S. Postal system. Colorado, Hawaii, Oregon, Utah and Washington have a track record of administering fair and credible elections through the mail. In addition, many other states have expansive and reliable no-excuse absentee ballot programs, providing an effective, convenient and secure means to participate in the electoral process. In 2018 elections, more than one-quarter of the ballots cast (31 million) were through the U.S. mail. Even without the current national health crisis, it was expected that voting through the mail would increase. This year, due to the coronavirus pandemic, America has the patriotic duty to protect its citizens, as well as safeguard its democracy. These dual goals can be realized through the implementation of more expansive vote-by-mail. It would be a tragic abrogation of civic responsibility if our state election authorities contented themselves with the anticipated coronavirus-influenced decrease in votes cast. Voters are fearful of polling place contagion. If the virus is still percolating on the American landscape in the fall, casting ballots could be deadly. As was the case in the most recent two elections, 2016 and 2018, the polling venues will be crowded and staffed by vulnerable senior citizens. Communal use of keyboards, tabulation devices, pens and pencils will help spread the infection. Such distress compelled the Centers for Disease Control, on March 27, to issue wise guidance relating to the upcoming elections. The CDC is encouraging enhanced use of mail-in methods of voting. Also, the recently enacted economic stimulus package (H.R. 748) included a nominal $400 million in state election assistance, in part, to expand mail voting.

Therefore, it is indeed deplorable and dangerous that the President of the United States, who actually votes by mail, falsely alleges that vote-by-mail is corrupt and demanding this his allies to fight vote-by-mail. In doing so, he exposes millions of Americans to a viral enemy we cannot see. Contrary to the President’s unfounded assertion, independent studies have concluded that there is no prevalence of voter fraud. In fact, a 2017 review by the Brennan Center for Justice found that the rate of voter fraud to be between only 0.00004% and 0.0009% of all votes cast. Furthermore, a 2012 Carnegie Foundation investigative study found only 491 instances of absentee ballot fraud between 2000-2012. Moreover, none of the five exclusively vote-by-mail states have encountered any voter fraud scandals.

Notwithstanding the infinitesimal occurrences of mail ballot shenanigans, states have employed numerous safeguards to protect election integrity. First, interior ballot envelopes require numerous identity verification methods that can be validated. Second, exterior envelope bar-coding enables election authorities to monitor ballot processing, and let voters know that their ballot was counted. Third, the U.S. Postal Service provides states with the opportunity to use an “intelligent bar code” to track the ballot through the mail-stream: from the election authority, to the voter and back to the election authority. Fourth, in the very rare instance a fraudulent vote is attempted, the penalty for the illegal act is quite severe.

Vote by mail may very well be the primary means of ensuring the integrity of the upcoming election, while also protecting the lives of millions of American citizens. Our states should not be intimidated by falsehoods and partisan motives. Those tasked with administering our elections should be guided by the American principle of a fair electoral process and the religious principle of Pikuach Nefesh, protecting life. 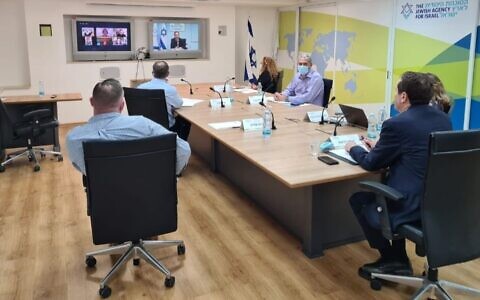 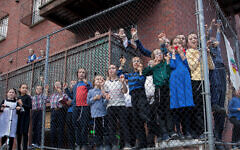 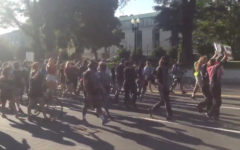 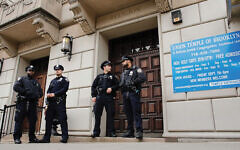 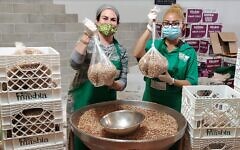 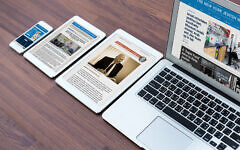 A New Direction for The Jewish Week