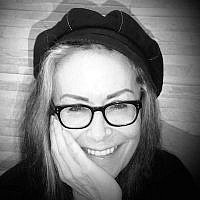 The Blogs
Rachel D. Klein
Apply for a Blog
Advertisement
Please note that the posts on The Blogs are contributed by third parties. The opinions, facts and any media content in them are presented solely by the authors, and neither The Times of Israel nor its partners assume any responsibility for them. Please contact us in case of abuse. In case of abuse,
Report this post. 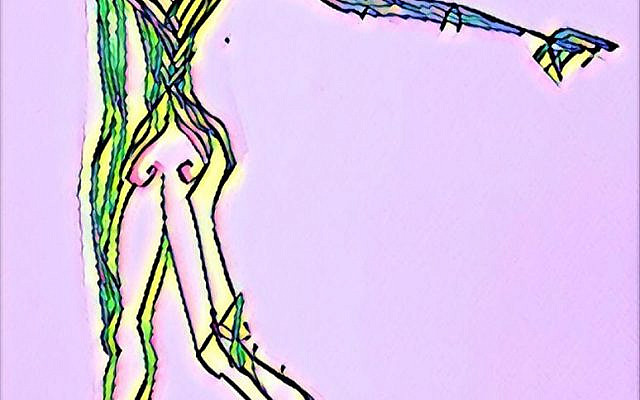 art: by "spiritsculptor, " used with permission, available on Instagram

Pink Taco, the one on the corner
next door to Le Sex Shoppe
beside #5511 Pool and Beer
I recall these vaguely, more so when I pray

Passing that Christian Book Store
that one next door to Sin-o-Rama and its 25¢ movie arcade
you know the one
move on, moving on as I did
down the boulevard of shame

lined up along that boulevard:
Le Sex Pool & Beer Sin-o-Rama on tap
mockery in a row, saluting my past
its grave errors and errant cravings
sin-o-rama arcade for a minted quarter of your soul
flash-in-the-pan escapade on the Strip

“Parking in rear” reads the curb sign in your head
inuendo beckons, abominates simultaneously
Motley Crue vs. Deprogrammer
no-brainer for the brain-dead
groupies grovel for that autograph
no matter what, no matter what
throw off that yoke!
throw your dirty panties at the motley guy on bass

About the Author
The first of my poems ever published appeared in the Yeshiva Rambam yearbook, class of '68. Moody in tone and existential in content, my mother wasn't sure this development would bode well for my future. In any case, I continued to compose. I self-published a couple of books illustrated by the artwork of a dear friend, art that demonstrated we were always on the same wave-length. I made aliyah in 2011 at which time, thematically, my work evolved toward themes regarding a redemptive future.
Related Topics
Related Posts
Comments