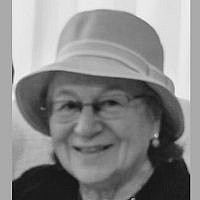 The Blogs
Susan Hersh Sachs
Apply for a Blog
Please note that the posts on The Blogs are contributed by third parties. The opinions, facts and any media content in them are presented solely by the authors, and neither The Times of Israel nor its partners assume any responsibility for them. Please contact us in case of abuse. In case of abuse,
Report this post.

This morning’s news collided with my project on family history/memoir. The news reported the unfortunate passing of Rabbi Mordechai Yissachar Ber Leifer, the Pittsburgher Rebbe, at the age of 64, from COVID-19, during this Hol Hamoed Sukkoth. 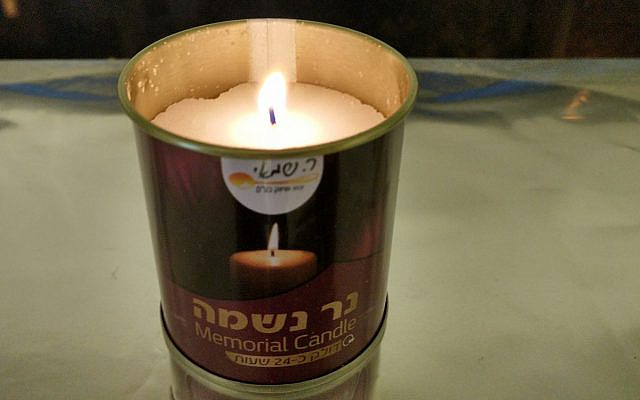 The Pittburgher Rebbe lived and taught in Ashdod, Israel for many years, where his father, the Admor Rabbi Avraham Abba Leifer, had transferred the dynasty in 1970. Rabbi Mordechai Yissachar Ber Leifer was the 3rd generation of Pittsburgher Rebbes. News of his passing awakened the memory of my maternal grandmother visiting his grandfather, Rabbi Yosef Leifer (1891-1966) in Pittsburgh. While I recall seeing the first Pittsburgher Rebbe only once, my maternal grandmother, my Bubby, went to him regularly before Rosh Hashana to request guidance and blessing for the new year ahead.

We lived in McKeesport, a small town about 12 miles from Pittsburgh. My parents, if I recall correctly, usually went together to drive Bubby to the Rebbe’s house for her annual visit. It’s possible that Mom even went into the Rebbe along with Bubby. On the occasion I recall, in 1951, I was 9 years old and Mom had to stay home because she was nursing my newborn brother. Today it occurred to me that this baby might have been one of Bubby’s requested blessings during her pre-Rosh Hashana visit of the year before. In the event I was asked to go to help Bubby up the stairs to the front door of the Rebbe’s home. (Not that Bubby needed my help, she was pushing 70 and barely taller than me, but firm, sturdy and strong as all get out, with a quiet independent streak.) When the Rebbe opened the door, I might have backed down a step or two, since I noticed most prominently his slippers and white hose (which contrasted with my expectations of shoes, dark socks and long pants.) I can’t say I clearly recall the Rebbe’s visage, for as Bubby was led into the house, I scurried back down the stairs to the front seat of Dad’s car. It was altogether intimidating and strange, unlike anything this child of a small mill town had ever seen.

For Bubby, it must have all been quite familiar – culturally, traditionally and linguistically. The Rauh Jewish Archives of the Senator John Heinz History Center of Pittsburgh, as well as other online sources, states that Rabbi Yosef Leifer (1891 – 1966) arrived in Pittsburgh in 1924 as a Hungarian immigrant. The brief Rauh Archives article doesn’t include a photo of him, as one might presume – but of the “pushke” used to collect funds for “Kolel Tzidkas Yosef in Jerusalem”. Wilkepedia gives more information. Namely that he was the scion of the Navordna dynasy, specifically Navordna-Satmar. In other words, he came from the same general area, the northeast corner of the old Austro-Hungarian Empire, by the Carpathian Mountains, which included Bubby’s birthplace, the village of Barkaso, and the town of Munkacs, where Bubby had lived and come of age before she arrived in McKeesport in 1900. In short, with all due respect, they were landsmen of sorts.

While Bubby sat in the Rebbe’s study in Pittsburgh, Dad drove me to an ice cream store to spend the better part of an hour in our own familiar and pleasant way. With Dad working two jobs, sitting like this and chatting with him – About my friends? About school? – was a memorable treat. And topping it off was a tall hot fudge sundae with a cherry on top! When I’d barely gotten to the bottom of the rich, sweet treat, we drove back to the Rebbe’s. I went up the stairs alone, but less intimidated now, to fetch Bubby. I don’t recall her conversation on the ride back to our McKeesport home, but she was calm and relaxed. When she was alone (or nearly alone) with Mom in the kitchen, if memory doesn’t fail me completely, she related in Yiddish the gist of her meeting with the Rebbe. It would have been all about her children and grandchildren, and particularly her special charge, my deaf-mute cousin who also lived with us during those years. Bubby would have switched to Hungarian for advice received from the Rebbe that she could only share with Mom.

This video clip reveals a genial if portly man who loved music and is said to have composed special chassidish tunes, nigunim. They say he served a small but variated group of chassidim in Ashdod and well beyond, reaching out to the less observant as well as the most observant, and helped numerous needy families. Something between the lines in this description resonates with the memory of his grandfather graciously holding open the door for Bubby, a widow of very limited means or learning.

Much of the news lately concerns the high rate of COVID-19 in the Haredi community, even as it appears to have stabilized in the rest of the population. But of the Pittsburgher Rebbe, the Arutz Sheva news item emphasizes that he was personally meticulous in following the guidelines of the Ministry of Health, and after some 6 months he left his home only once, a few weeks ago, which apparently led to his infection.

Most recent news, unfortunately, describes the crowding of his followers at his funeral and confrontations with the police. See today’s news article in this publication, ToI.

There is a special prayer that one says at the funeral and during shiva of a special person – that they be a true advocate, a melitz yosher for us in approaching the Heavenly throne. Among our most urgent prayers for the New Year we’ve just begun, is for the speedy discovery of treatment, cure and vaccine for COVID-19. May the Rebbe – along with a chorus of all the other victims of this disease – be melitz yosher.

As for abiding by health requirements and peace and tolerance between different parts of our population – that’s up to us down here.

For more on the warm Pittsburgher community in Ashdod and Rabbi Mordechai Yissachar Ber Leifer, zt”l

About the Author
Susan was born in a small town in Pennsylvania and grew up in Chicago, receiving her B.A. in English Language & Literature from the University of Chicago. She studied at Hebrew University, Jerusalem, for one year in the early 60s, and made Aliya in 1987. She has worked as a teacher and been a freelance writer. She retired five years ago from working in public relations and grant writing for the non-profit, Melabev.
Related Topics
Related Posts
Comments