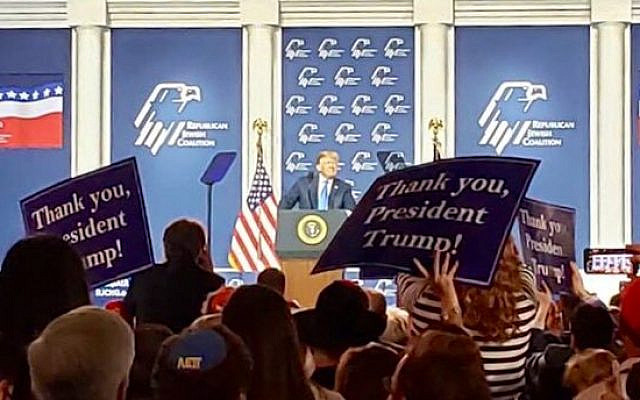 The Orthodox Jewish community’s traditionalism serves as a constant and robust reminder that the Jewish tradition has survived millennia of persecution, expulsion, and genocide. Of course, Orthodoxy is also a modern construct that developed in Europe as a reaction to the Enlightenment, however, this movement was founded as a result of our ancestors’ enthusiastic commitment to the Jewish tradition. Throughout history, Orthodox participants have held the fervent belief that the faith that the Jews have kept through observing the commandments as found in the Torah and studying the recorded wisdom transmitted by our sages allowed for valuable knowledge to pass down through the generations in an unbroken chain. But now, in this divisive modern moment, it seems that this precious linkage between ancient Jewish values committed to caring for others less fortunate than ourselves and the need for contemporary inclusion in political matters shakes the Jewish community—especially the Orthodox Jewish community—to its ethical core.

The President has shown through his words and actions that he does not truly care for the interests of American Jews. Throughout his time in office, President Trump has used obvious dog-whistles and stereotypes to categorize the Jewish community as one only concerned with Israel and protecting its finances and as recently as last Saturday, the president deployed time-tested anti-Semitic rhetoric in a room filled with Jewish supporters playing off of deeply anti-Semitic motifs such as characterizing the Jewish community as being overly materialistic and allied only with Israel. Yet, rather than question the President’s debasing bombast that displayed “a truly striking level of contempt,” in the words of New York Times opinion columnist Paul Krugman, the room thundered with raucous, sycophantic applause.

The easy embrace of a demagogue-like leader who purports to have the community’s immediate interest at heart has substantially weakened the claim that Orthodox Judaism represents the most moral and authentic expression of Jewish faithfulness today. It is painful to elucidate this central point: that because of its lack of regard to the downtrodden and increased self-interest, Orthodox Judaism—as it is practiced today—can no longer be assumed to represent true Torah Judaism. Indeed, Orthodoxy in America has assimilated like all Jewish groups, only this type of assimilation poses the greatest moral danger of all. It pains me to write of my community in this way, but as an Orthodox Jew myself, I’ve seen far too many of my compatriots within Orthodox Judaism lamentably attach themselves to a national leader who is the antithesis to everything that the Jewish tradition stands for, including bragging about infidelity as well as espousing and encouraging violence against minorities, two issues at odds with the Jewish tradition. An Orthodox Judaism—and the institutions that claim to represent it— which positions itself as the authentic moral orientation for Jews who follow the words of the Torah, can no longer claim itself to be the arbiter of true Torah Judaism if it continues to coddle the ego of this morally bankrupt President of the United States at odds with moral commandments from the Torah that they claim to hold so dear.

It is sad to say, but the data indicates that the Orthodox Jewish community is one of the few pockets of Jewish voters that consistently supports this presidency with more than 70 percent of Orthodox Jews viewing the President in a positive light. Of course, not every Orthodox Jew subscribes to the repulsive racist, sexist, xenophobic ideology of the President and, indeed, many stand in opposition to his destructive policies that separate children from their families, that disregard the welfare of immigrants, that negatively impact normative world affairs, and that show complete disregard for those suffering in deep poverty. Yet, when Orthodox Jewish organizations such as the National Council on Young Israel praise the president’s visit to the Tree of Life synagogue after the tragic massacre that occurred there and not condemn the language our president used to encourage hatred against our community and siblings from other minorities, it indicates to me that the movement which I have invested so much of my time and energy towards advancing is rotting to the core. Trump appeases them at every turn, oblivious to the damage he is doing to the rest of the Jewish community and minorities all over the country.

However, I will not stand idly by as the movement so dear to me shifts towards embracing self-interest and xenophobia. As an Orthodox rabbi myself, it is important for me to continue to clearly state that he is not, as one Orthodox leader called him, “the most benevolent leader the Jewish people have ever known.”  Rather, Trump defies all the qualities grounded in the Torah that Orthodox Judaism claims it stands for: honesty, ethics in business, and caring for the vulnerable. I understand why young Orthodox Jews, now with wounded religious identities, are leaving their communities. I will not leave but, instead, will continue to help foster our Orthodox social justice movement to do our small part to reunite HaKadosh Baruch Hu with our Holy Torah.

Throughout history, even during the darkest days of persecution, we the Jewish people have used our tradition to stand up for the vulnerable, not those who already possess incredible amounts of power. The Torah implores those who adhere to its ethical traditions to protect the stranger, the orphan, the widow, the immigrant,  commandments that inspire me in my work as a social activist orienting my moral compass to use the teachings of Judaism to spread positivity and love to those populations who have been frequently marginalized by the wealthy and powerful.

But it seems that my interpretation of Judaism’s holy texts is increasingly idiosyncratic, perhaps even too aspirational for the contemporary moment. American Orthodox Judaism used to stand for these values. Maybe one day, it will again.

Rabbi Dr. Shmuly Yanklowitz is the President & Dean of the Valley Beit Midrash (Jewish pluralistic adult learning & leadership), the Founder & President of Uri L’Tzedek (Jewish Social Justice), the Founder and CEO of Shamayim (Jewish animal advocacy), the Founder and President of YATOM, (Jewish foster and adoption network), and the author of seventeen books on Jewish ethics. Newsweek named Rav Shmuly one of the top 50 rabbis in America and the Forward named him one of the 50 most influential Jews.

About the Author
Rabbi Dr. Shmuly Yanklowitz is the President & Dean of the Valley Beit Midrash (Jewish pluralistic adult learning & leadership), the Founder & President of Uri L’Tzedek (Jewish Social Justice), the Founder and CEO of Shamayim (Jewish animal advocacy), the Founder and President of YATOM, (Jewish foster and adoption network), and the author of seventeen books on Jewish ethics. Newsweek named Rav Shmuly one of the top 50 rabbis in America and the Forward named him one of the 50 most influential Jews. The opinions expressed here represent the author’s and do not represent any organizations he is affiliated with.
Related Topics
Related Posts
Comments
Advertisement