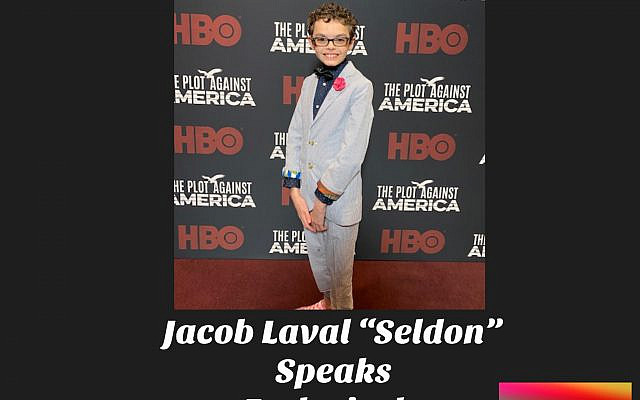 If you are like me, you watched the HBO miniseries “The Plot Against America” and was mesmerized by the little boy who portrayed Seldon.

He stole the finale, no easy task when you are co-starring with Winona Ryder, Zoe Kazan and John Turturro. 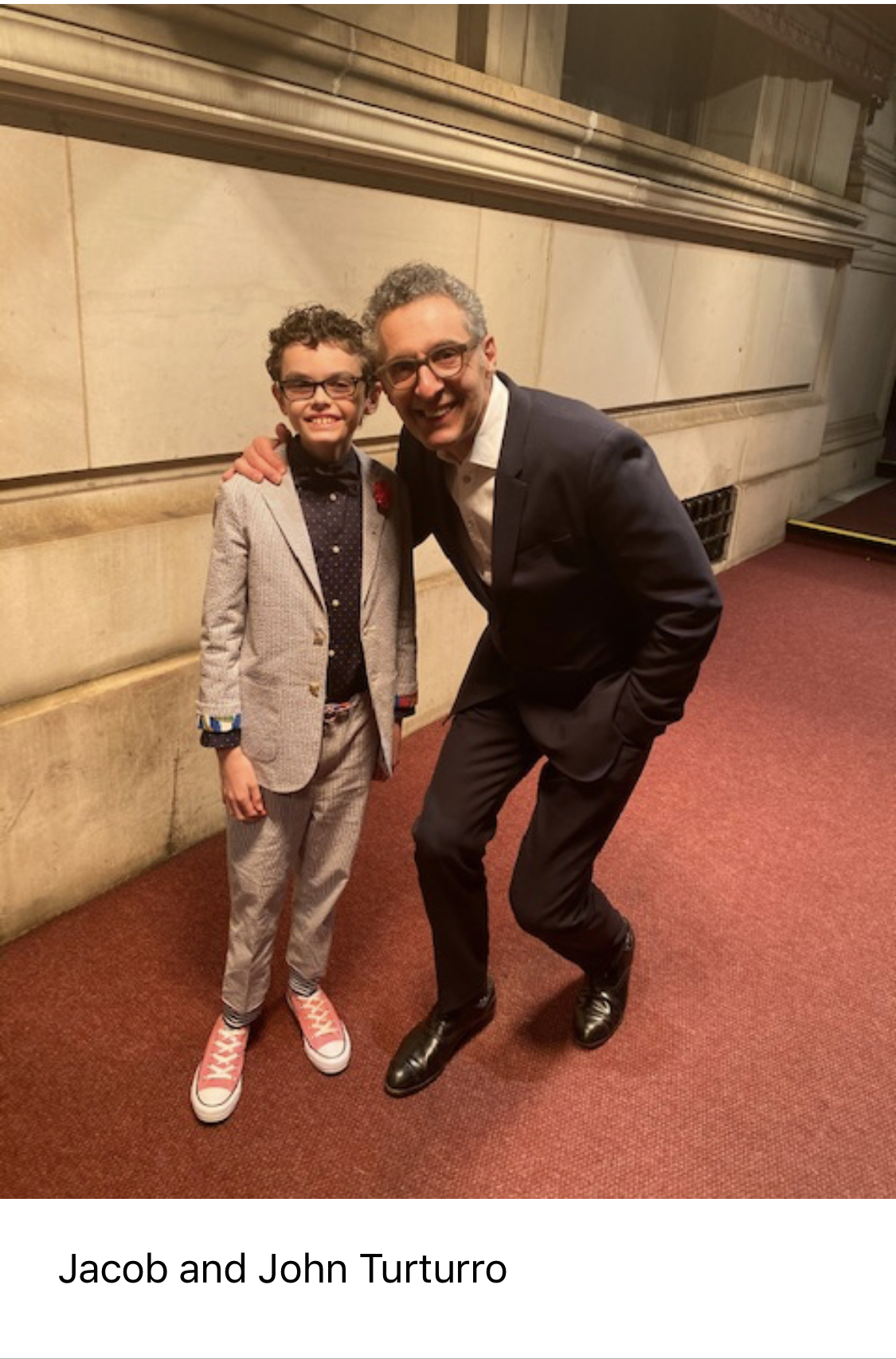 Jacob Laval is the adorable boy who made us believe he was Seldon Wishnow. I recently spoke with him and his adorable, proud mom. Here is our interview:

Jacob, you were the star in The Plot Against America.  Share with us how you got the part, and some highlights of filming.

It was a job meant to be, our voyage getting just to the audition was a miniseries itself!

Well the audition came in to me from the agency and we went to the appointment. It was actually a bad trip because we were running late so we took a taxi and then when my mom went to pay with her credit card the card wasn’t working in the scanner so she tried another and that wasn’t working either so she realized the machine wasn’t working and as she started looking for cash in her wallet, all her cards in her wallet fell out and she ended up losing most of them in the taxi.

Then when we went for the callback with the writer with Wynona, David Simon and Director Minke Spiro,  we decided to take an Uber there so we wouldn’t have to worry about the same thing happening,  but this time, the Uber was supposed to take us to 44th and 9th and we noticed he was taking us all the way up the FDR to like the 60’s. My mom told him we were going to the wrong area so he turned around and then when we got back to the right area, we got stuck behind an emergency vehicle for a really long time and we ended up having to call my agency to let them know we were probably going to be late. I was really worried that they weren’t going to cast me because I was late. Thankfully, they did.

A really memorable experience during filming was when we went on the road trip to Woodstock and the Catskills mountains for Seldon’s time in Kentucky. It was really pretty and we had such a fun time shooting late at night!! Lots of food!!

You worked with some amazing stars.  Tell us about your off-screen relationships with them filming and now.

Everyone was very nice! It was an awesome experience to work with everyone. I worked with Zoe and Morgan but mostly with Azhy, who played Philip and that was great! I also got to work with Caleb on our location shoot to the Catskills! That was great too! We all got to see each other at the premiere and I’m happy we got to do that about a week before we had to go into quarantine because we had such a nice time!

Tell us about co-starring on Broadway with Marisa Tomei in The Rose Tattoo.

That was a dream come true to be on Broadway and to be on it with Marisa! She is so nice and I had such an amazing experience. The schedule was much harder than shooting a show like Plot Against America or John Mulaney and the Sack Lunch Bunch though. 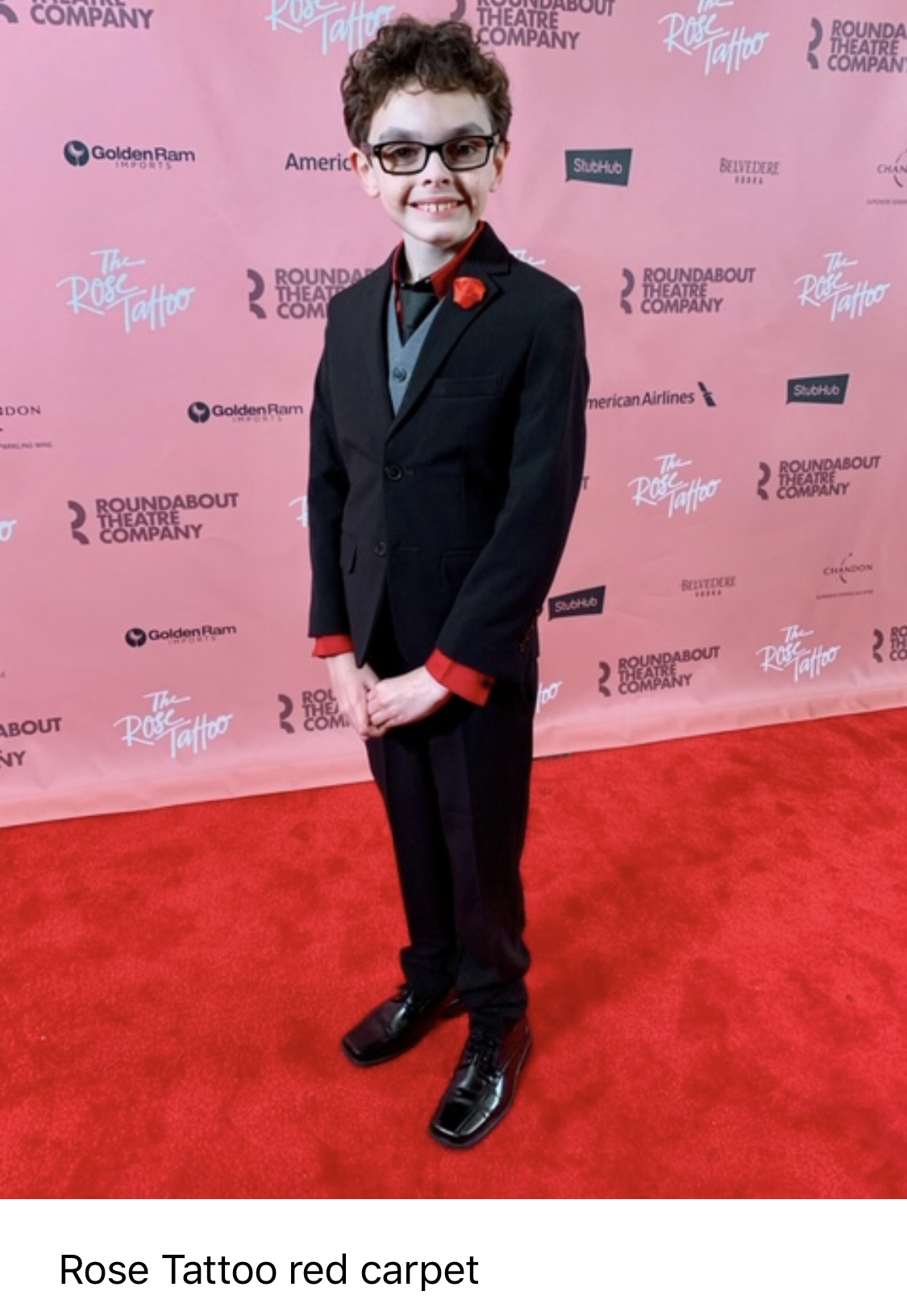 It was 8 shows a week and once the show was done with previews, we didn’t have tutors anymore. I was getting up for school at 7:30am and then being in school all day and then going home and doing homework and then heading to the stage to be there for show. The show generally ended around 10:30 and so by the time we would take the subway and bus home, it was sometimes after midnight and I wouldn’t fall asleep right away. And then I would have to leave school early on Wednesdays to get to the matinee and then stay around after that to eat and then do a night show. And of course we also had 2 shows on Saturdays and shows on Sundays so I had no real days off. It’s a lot of work! It’s a lot like the movie Ground Hog day. It’s kind of like that now except then I was always gone and now I’m always home.

I have appeared in a few guest star spots. One, on a SyFy show called Happy! and another on Marvel’s Jessica Jones. I was also in the Netflix show John Mulaney and the Sack Lunch Bunch and I recently did about five episodes of Sesame Street which are going to be on in the fall and winter of 2020. 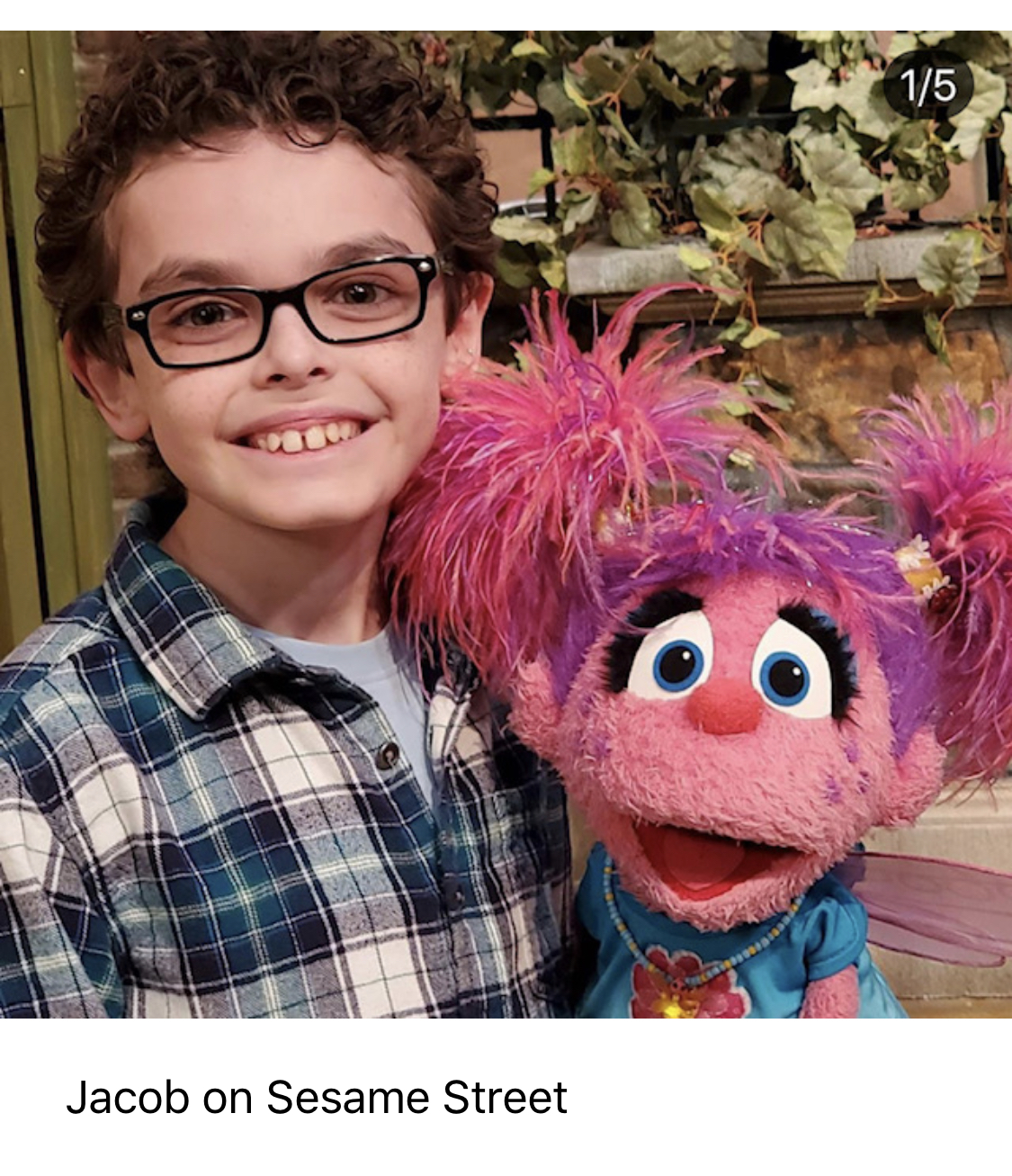 Tell us about growing up Jewish, your family and ties to Judaism.

For most of my life we thought that only my mom was Jewish. We have always celebrated the Jewish holidays and my father has always celebrated them with us. Then, like two years ago, my parents found my grandfather, my dad’s father, an ancestry test for Christmas and when he got the results back he saw that he was over 50 percent Jewish. He didn’t know! So my mom looked into it on ancestry and found his father’s (my great great grandfather’s) naturalization papers to move here and half way down the page the paper asked him what name he moved here with and he wrote in the last name of Levi. So we found out his name was changed from Levi to Laval. And then we found out that his dad, my great, great grandfather, had been in a displaced survivor concentration camp in Switzerland. So I’m more Jewish than we even thought.

What do you do for fun?

I like to watch and play baseball. I love the Yankees! I love to read and I love playing video games like Animal Crossing, Mario games and Pokémon!

How have you spent your time during the quarantine?

I have been in virtual school and I also have been taking virtual acting classes and comedy classes and hanging with my family. I have an older sister and she lives in Queens so we Zoom with her and play games since we can’t see her right now. I have also been doing shout outs on an app called Cameo. People hire me to send people shout outs for birthdays and Mother’s Day or just to say hi and I have been donating money I make to different charities like No Kid Hungry, WHO Covid 19 Relief, The Actor’s Fund and BCEFA.

Anything else: Thank you to all of my fans for supporting me! Book me on Cameo if you want a shout out!

Reach out to Jacob here: https://instagram.com/jacoblaval?igshid=7sj0ledd6se5