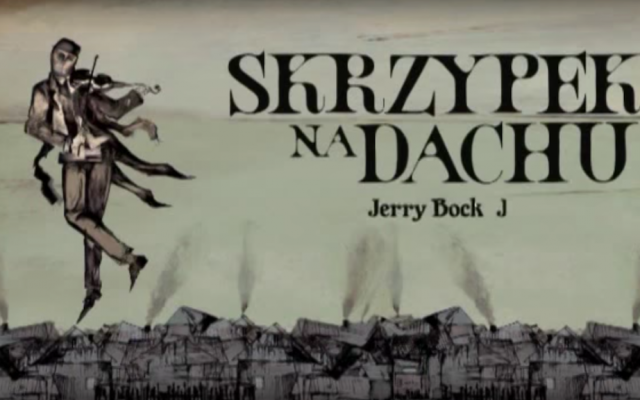 It seems to be following me around the world, this play.

A while back, I wrote about an amateur — frankly, goyish — production of Fiddler on the Roof staged in not-terribly-central Elm Grove, Wisconsin.

This month, I find myself sitting in a monastery in Eastern Europe… 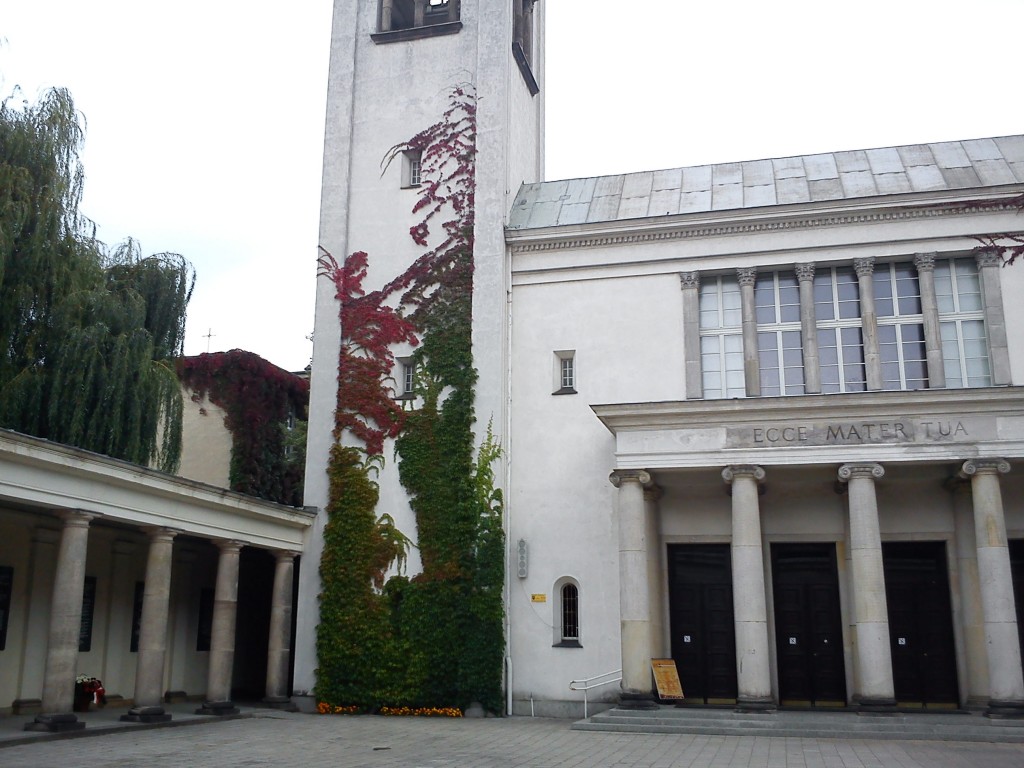 The church of our monastery in Poznań, Poland. (Wikipedia)

… a few hundred yards down the street from an opera house constructed under the rule of Wilhelm II of Hohenzollern. 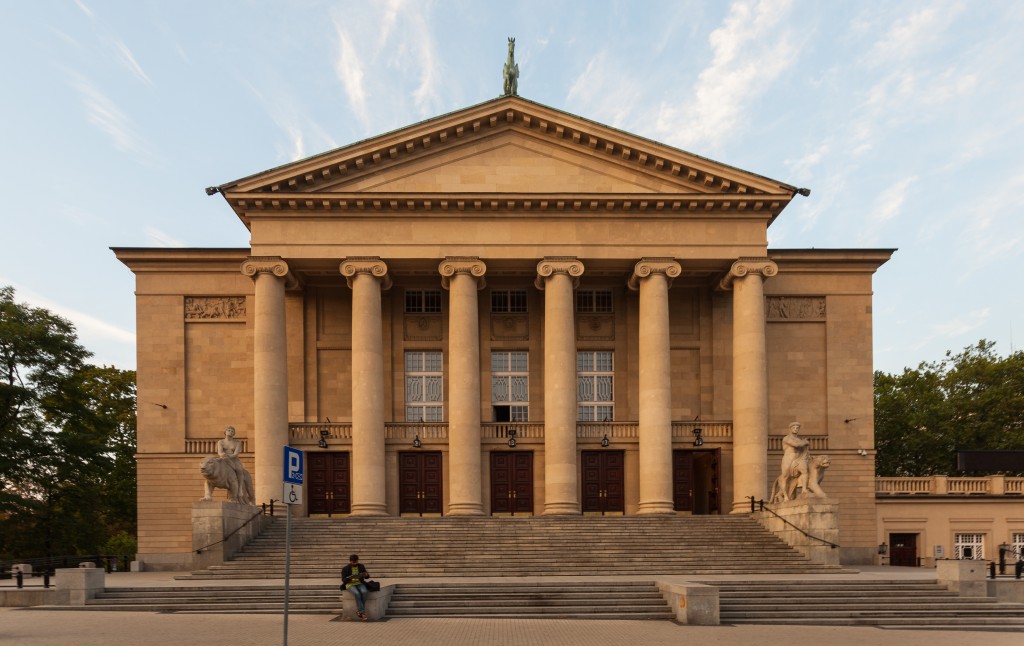 The opera house (Teatr Wielki) in Poznań, Poland, finished in 1910, a few years before the end of German rule. (Wikipedia)

This setting is just mildly goyish, too.

And yet: what’s on in that house? What music would you hear if you bought your ticket and stopped in this weekend?

It’s not a Chopin sonata.

Not a Moniuszko operetta.

But in Polish. Fiddler has come to town. And not for the first time, either.

Of course this “tradition” is not traditionally Polish. It’s Sheldon Harnick and Jerry Bock’s 1960s Broadway confection, but with many more consonants added. This is the 100% Slavic edition of the shticky bulwark, entirely translated into Słowacki’s tongue.

What does this mean? Maybe a lot.

An observer might say: American Jewry is projecting itself back to the alter heym — and doing it in the language of their former neighbors.

More than that: the neighbors are acting out Jewishness themselves, in their own pale stone opera house and their own aesthetic idiom.

This could be a great Yiddish victory.

That is one interpretation.

And then again: everyone knows that theater and religion are linked. Just ask Wagner. Or Ivanov. So the Slavic actor who pastes on a big black beard: is he like the Mandan Indian crawling inside the skin of the buffalo to make it dance around the medicine lodge? 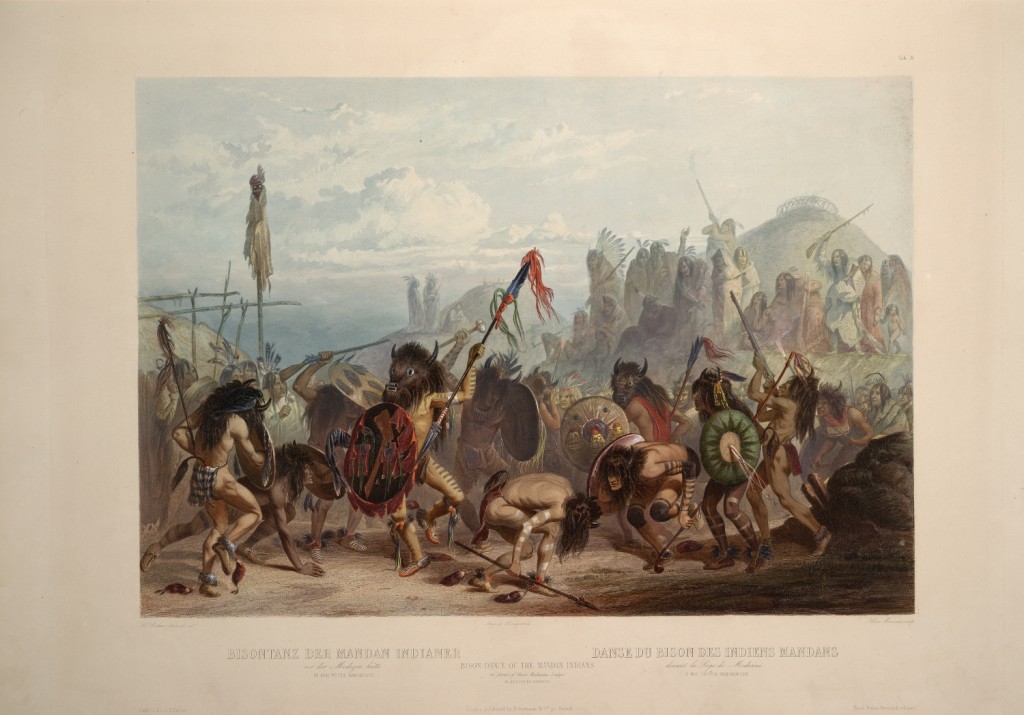 Bison-Dance of the Mandan Indians in front of their Medicine Lodge in Mih-Tutta-Hankush by Karl Bodner, c. 1834. (Wikipedia)

Is he, indeed, like the made-up Jews in Freud’s Moses and Monotheism who killed Moses and then cooked up the Messiah myth in the deluded hope he might come back? Whose neurotic repetitive religious practices were pitiful guilt-tics, like the ablutions of Lady Macbeth? 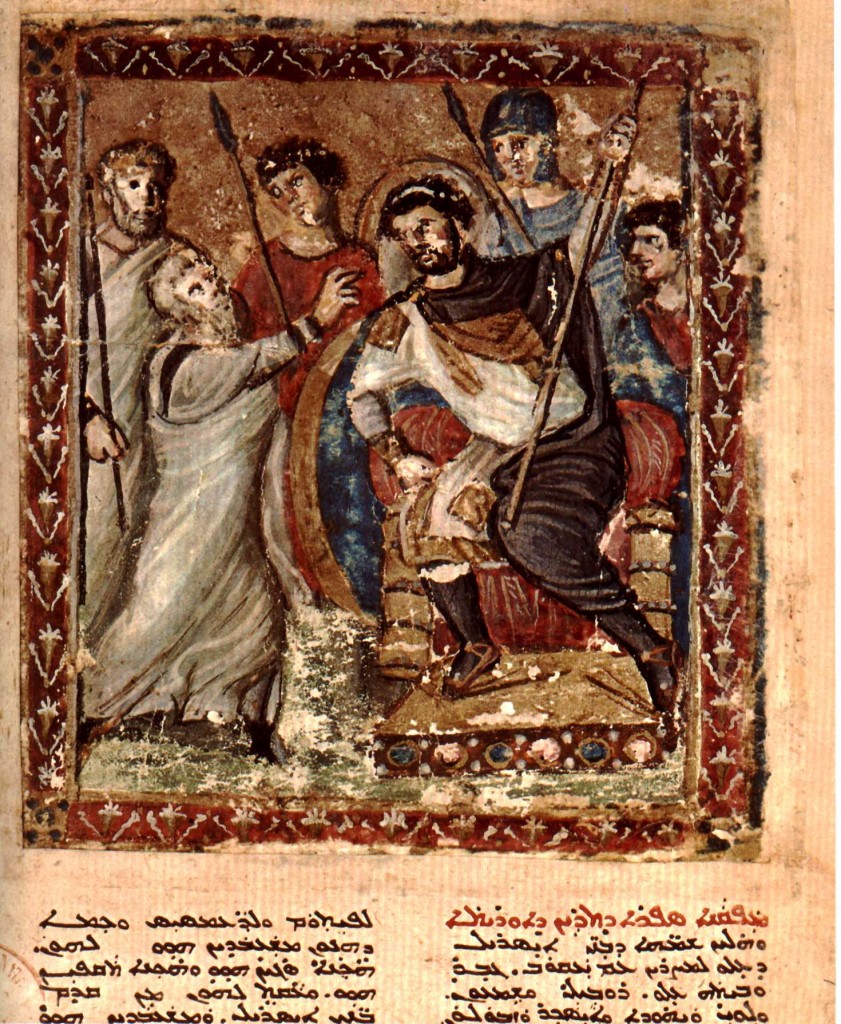 Could a bouncy musical — one that premiered in Manhattan less than 20 years after the ovens at Auschwitz cooled — be used as a ritual to revivify the ones you harmed?

That is another interpretation.

(Poles will point out that they did not build Auschwitz and that 150,000 of them died there, too.)

One more iteration of the Polish Jew-impersonation trope is the story reported last April in the Times of Israel of the Polish Catholic cook Jacek Niszczota, who for years pretended to be someone called Rabbi Jacob Ben Nistell, supposedly from Haifa — and lumped his wife and daughter into the ruse, too. 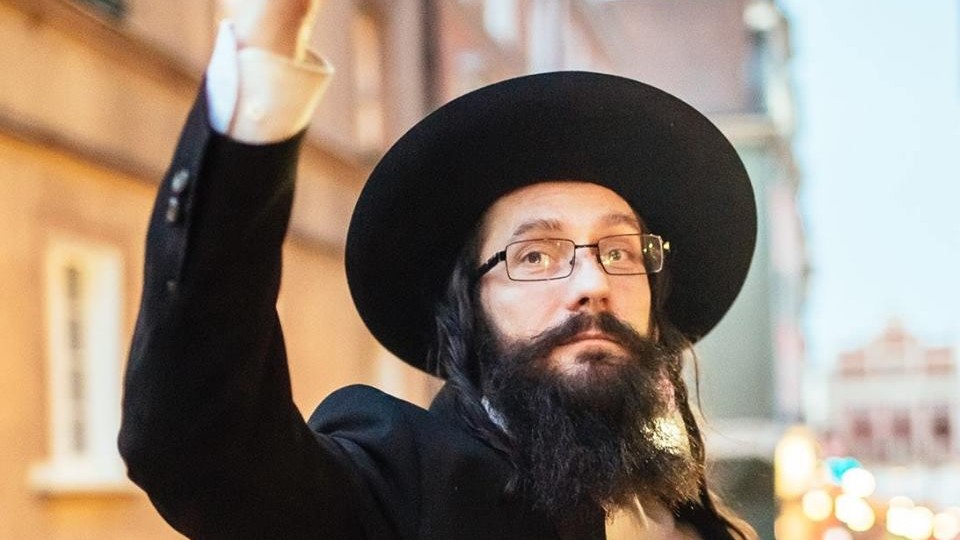 That happened right here in Poznań.

Tevye would ruminate: Sounds crazy, no?

Crazy, but — at least in the theater — not rare.

Would you be surprised if I told you that I have my choice of two productions of Fiddler in Poznań this season? At the Opera or at the Musical Theater?

There are also productions in other provincial Polish cities like Lublin…

It’s even being done in truly remote Białystok; not to mention the perennial production at the Jewish Theater in Warsaw, where it has been played more than 300 times since 2002.

At this point, it is indeed a tradition.

I’d like to think all of this has nothing to do with the buffalo-dance. Or guilt rituals. Or Lady Macbeth.

Poles love this musical because they genuinely miss “their” Jews. Because Fiddler‘s utterly irresistible melodies and universal themes and soothing chicken-scented river of shmaltz have captivated their hearts. Poles who were conscious in the late 80s or early 90s will tell you how they held cheap cassette recorders up to the TV speaker to capture the sounds of the Fiddler movie as it went out over state-run television, so they could play and replay it with devotion in the days when no one had a VCR.

Guilt won’t make you do that. Neurosis can’t draw out devotion. Not like this.

Complicated as it is, crazy as it is: this is love.