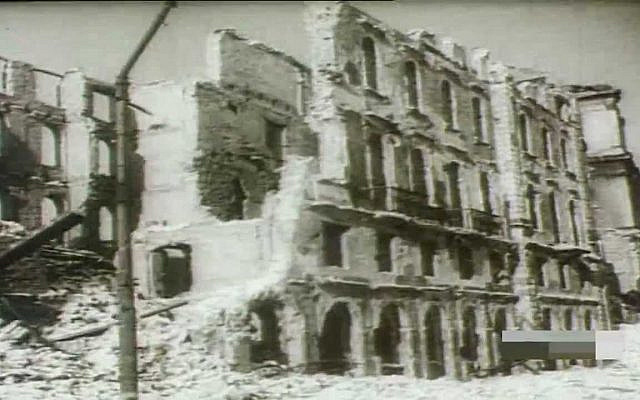 The cab inched its way across Jerusalem in the pre-chag traffic. Eager to show off his English, the driver asked, “Where are you going?”

“To get our corona booster,” I said.

“Why?” he asked. “Don’t you think Bill Gates has enough money, you have to give him more?”

“Absolutely!” I said. “We are all about helping Bill and Melinda any way we can.”

People now seem to agree that facts – if there are any – are less important than what we make of them. Each fact is just part of a narrative. I have my narrative, you have yours, and who is to say?

This approach can make people touchy in ways that are amusing, annoying, enraging.

And then there is Poland.

Jews have many thoughts about Poland. We lived there a long time. Things happened to us there, some of them very bad indeed. But that is just our narrative. Poland has its own narrative. And who is to say?

Jewish and Israeli teens and young adults have for some time traveled to Poland, to learn from the past. Lately many of those trips have been postponed or canceled. Some of the issues behind those cancellations have to do with differing narratives.

This may seem like a new problem. But perhaps it is not so new.

To start with, Poles have long taken note of Jewish culture and how it differs from their own. Even today there are Jewish cultural festivals – Jewish food, klezmer music – in cities like Krakow. There are of course few if any Jews to attend, but Poles find such events pleasant.

The distinction between Jewish and Polish music is also an old story. No less a figure than Frederic Chopin mocked a Jewish violinist named Herz for having the chutzpah to compose ”Variations on Polish Airs.”

“Poor Polish airs!” he wrote. “You do not in the least suspect how you will be interlarded with majufes.”

“Majufes” is the Polish pronunciation of the way Polish Jews said מה יפית, the first two words of a Shabbat zemer with a catchy tune. (You can hear the tune here.) The reason you may not know this zemer is that it was taken out of siddurim when it became a source for Polish mockery. For their amusement, 19th-century Polish noblemen made Jews dress up in silly costumes and sing and dance to it. Polish playwrights put an obligatory “majufes” scene in popular Warsaw comedies.

If this reminds you of “Jump Jim Crow” and blackface minstrelsy in America around the same period, it should. Audiences had a lovely time. Jews who sniveled and groveled came to be known to other Jews as “mayofesniks.,” and were treated with contempt. 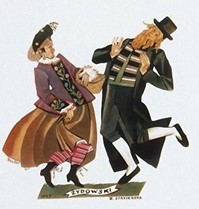 So Poles knew all about Jewish music, and how it differed from real Polish music.

Which brings us to Mayn Shteytele Belz…

New York’s Yiddish theater was known for its schmaltzy melodrama. One of the favorites songs of this era was Mayn Shteytele Belz. Writing it for the 1932 operetta, “Song of the Ghetto,” Alexander Olshanetsky got himself a big hit:

Belz, my little town Belz My little home, where I spent my childhood years
Every Shabbes I used to run with all of the other boys
to sit beneath the green trees
throwing stones into the pond. Oy…

Many wrongly assume this refers to the Polish town of Belz, where the Belzer Hasidim come from. (That Belz is now in western Ukraine, northwest of Lviv.) The “little town” in the song is actually the Bessarabian city of Balti, now the second-largest in Moldova. (The city’s name is pronounced Baltsi, Romanian for “puddle.”) It was written for a Balti native, Isa Kremer, who wowed them in the opera houses of Odessa and Petrograd until the Russian Revolution when she moved to America and later to Argentina.

Mayn shtetele Belz became so popular that it was transported back across the ocean to Poland, where urban Jews may have sighed for a recollected childhood in the wrong city in a different country.

It was also translated into Polish, where it entered the pop repertoire and stayed there. It was also assigned Polish words. In 1945 these were included in Poland’s first postwar film, sung as Warszawo ma (My Warsaw).

If you put “Warszawo ma” into your search engine, you can watch on YouTube as Poles sing it with soulful longing, accompanied by a throbbing violin. Against a background of scenes of bombed-out rubble, they lament the state of their war-ravaged capital.

They are singing about Warsaw. Not the Warsaw Ghetto, but the city that went about its business while the ghetto was being leveled and its residents liquidated.

The Poles are singing of longing and loss. In 1945. To a tune they had to know was a Yiddish niggun. They sang it not about the people who spoke and sang Yiddish and were gone. They sang it about themselves.

Well, you know, everybody suffers. Everyone has their own narrative. I have mine. You have yours. Who is to say?

Some people think that the world would be a better place if we all understood each other more. No doubt they are right to think so. But I have lost interest in the project.

Our cab driver thinks that vaccinations are a conspiracy to enrich plutocrats. I had no wish to try changing his mind. My wife and I just wanted to get to the clinic and get jabbed. Life is too short.

Likewise, I have no ambition to convince Poles to change their narrative. They seem to have had it before I came along and will continue to have it after I leave.

Chasms of misunderstanding divide people. At my age, these seem pointless to try vaulting over. My main ambition is to embed myself, as best I can, with those who share my narrative.

As a pensioner, my motive is practicality. As a person, and especially as a Jew, my aim is self-respect.

About the Author
Avi Rockoff came on aliya with his wife Shuli in March 2022. They live in Jerusalem.
Related Topics
Related Posts