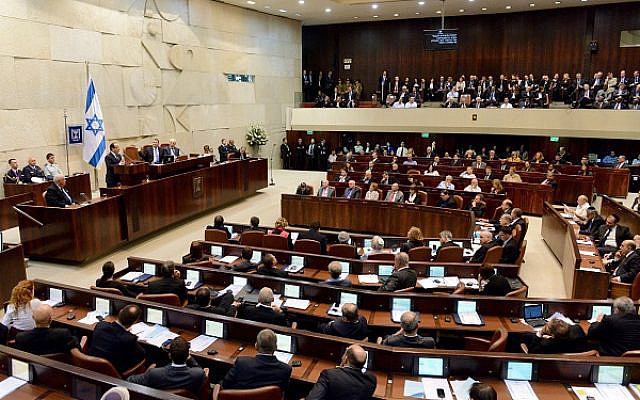 Photo by Rafael Nir on Unsplash.

During these difficult days, I no longer leave my home to go to work. I no longer shop, travel, go to movies, or eat out at restaurants. I am maintaining social distance from my grandchildren and have given up family dinners. I am staying in my house.

I am adhering to these restrictions because I must trust the leadership of my country to get us through this crisis together to better times ahead.

Unfortunately, our leaders have not earned that trust.

I expect a prime minister who sets a personal example for his country by following the rule of law; by stepping down when indicted by the courts on three serious charges; by working to unite all citizens at a time of crisis. I expect a leader who comes on television and instead of giving speeches, gives hope for the future. I expect a father figure who will lead us through a challenging battle and give everyone the assurance that we will win.

My prime minister is a man more interested in protecting himself than in protecting his country. He is a masterful politician who thinks the courts, the police, and the media are all out to get him. He is a party leader who believes he has the public’s support when in fact a majority of the public wants to replace him. He is someone who thinks he is above the law.

The opposition is being led by a “cockpit” of former army leaders (and one token civilian) who seem more interested in group hugs than in presenting an alternative path forward. I see a party that made promises to its supporters but does not know when it is in its supporters’ interest to abandon those promises and work for the entire country instead. I see an opposition that suggested willingness to give the Arab minority its first chance to help this country move forward, but then was incapable of making that happen.

The Knesset Speaker is a man whom I have always respected as providing apolitical leadership, setting a personal example for all politicians right and left. Instead, he has bowed down to party politics, dismissing High Court rulings and refusing to act according to the will of the majority. The Knesset members have yet to show me that they can work together to legislate on behalf of the public, and not cater to the interests of their parties.

About the Author
Ellis Shuman made aliya to Jerusalem as a teenager, served in the IDF, was a founding member of a kibbutz, and now lives on Moshav Neve Ilan. Ellis is the author of ‘The Burgas Affair’ – a crime thriller set in Israel and Bulgaria; ‘Valley of Thracians’ - a suspense novel set in Bulgaria; and 'The Virtual Kibbutz' - a collection of short stories. His writing has appeared in The Times of Israel, The Huffington Post, The Jerusalem Post, Israel Insider, and on a wide range of Internet websites. Ellis lived with his wife for two years in Bulgaria, and blogs regularly about Israel, Bulgaria, books, and writing.
Related Topics
Related Posts
Ellis Shuman
Comments