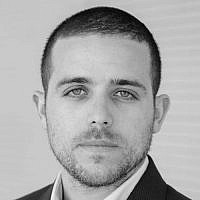 The Blogs
David Roi
Apply for a Blog
Advertisement
Please note that the posts on The Blogs are contributed by third parties. The opinions, facts and any media content in them are presented solely by the authors, and neither The Times of Israel nor its partners assume any responsibility for them. Please contact us in case of abuse. In case of abuse,
Report this post.

How can he keep a country safe when he can’t keep his cellphone secured?”, slammed Bibi Netanyahu at his rival Benny Gantz on the eve of the 2019 Israeli national elections. Yes, elections are not for the faint-hearted, but even Israelis who remember elections when Ben-Gurion and Begin were still around, claim that this year election campaigns have been the “dirtiest and most personal” ever. These “Personal Vendettas” campaigns are not a phenomenon exclusive to the Middle East but are witnessed around the world, like in the US 2016 elections of Trump-Clinton. So why are elections becoming so vicious and virulent? 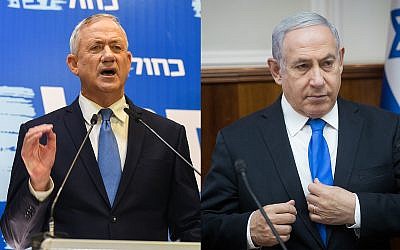 Politics without personal rhetoric and accusations is like the Cold War without spies. Would the USSR and the US ever achieve a nuclear warhead without spies? They probably would, but having obtained information in a devious way or even planting false information using insidious techniques allowed these great powers to have an advantage, even if it was a short one, over their competitors.

Polls in Israel right before the elections found that 12% of voters claimed the elections were “violent”, another 57% of voters described the campaigns as “dirty”, while only 10% described it as “fair” and 4% as “well-intentioned”.

“Political campaigns usually focus on one topic of the following options: Issue or Personality” explains Simon Davies, a world-renowned political advisor, and campaign producer. In our elections at hand, the ever-contemporary issue of security played a minor role, well overshadowed by the attempts of both sides to delegitimize Bibi or Gantz. Blue and White campaigns nearly never mentioned the rest of Bibi’s party, but criticized Bibi harshly for his corruption trials, the submarines, and their bottom line – “thanks Bibi for all the years, we will take it from here.”

Political campaigns are used to address the voting base and convince them to vote for you, thus the campaign producers follow the people’s desires and needs, and not vice versa. Many constituents all over the world polarize themselves according to their beliefs so firmly, quarreling and feuding the political race over the social media, splitting friendships and even marriages sometimes. People feel that if they don’t support their favored candidate, they are entirely doomed and their lives (and the following generations) are condemned., and the elections for them is the only opportunity to have a future. “People are increasingly turning to the Facebook and Twitter for news, and that’s a risk of an ‘Echo Chambers’, where people who have these intense feelings just find themselves reinforced” explains Stanley Feldman, political science expert of Stony Brook University in NY.

To add on to the sizzling situation, social media magnifies the negativity of these personal campaigns and holds candidates liable to every little detail in their lives, slamming Bibi for “cheating on his wives” and scorching Gantz for “having run his company (the 5th dimension) into bankruptcy”, or when Bibi was accusing Gantz that he was seeing a therapist. The situation today where every little detail of candidate’s personal life is of public knowledge, and the candidates’ desire to win over the undecided voters by apologizing and trying to set right mistakes of the past make their campaigns nearly “robotic” as if nobody makes mistakes in life.

Understanding this situation and the growing global trend is crucial for our future elections, it is up to us – constituents, journalists, media anchors, politicians, not only the candidates, to decide how our next elections will be. If we let this contagious trend continue, it will inflict the essence of democracy in Israel. We need to be compassionate to one another in our discourse, especially over social media. To understand that even our fiercest leaders can make mistakes, and that does not necessarily alienate them from the position at hand, but instead makes them a bit more human.

Personal campaigns = fewer issues addressed.  Let’s encourage our leaders to work for us and address the real issues at hand, a friendlier discourse of us constituents will help lower the personal flames of these pernicious elections.

About the Author
Lived abroad on a Shalichut, served in the IDF in various units, represented Israel abroad, started a non-profit organization to help soldiers with difficulties in the army. Love to play ice hockey.
Related Topics
Related Posts
Comments