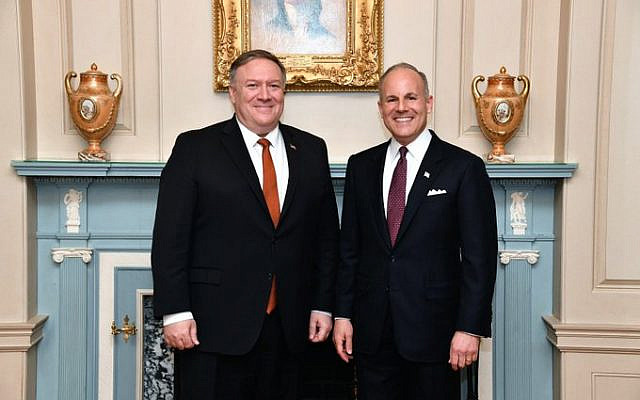 In my opinion, there are two places that Jew Hatred aka anti-Semitism has been growing over the last decade. The first place is on college campuses, both big/state university to small/local colleges.

Jewish and pro-Israel college students have been targeted by far left progressive groups who refuse to accept Israel’s right to exist and choose to only fight Jew Hatred when it comes from Neo-Nazi’s and White supremacists while dismissing those who state the BDS movement is just another form of Jew Hatred.

On Columbia University’s campus, Jewish college students have woken up to Nazi Germany swastikas painted on their doors for being proud Jews who support Israel. In a September 9th report, Greta Anderson wrote about the rise of Jew Hatred on college campuses. The stories from Jewish college students over the last decade are enough to make even the strongest person want to throw in the towel. Our Jewish college students have felt like they are under attack on their campus but they are breathing a little easier now thanks to President Trump and his administration for taking bold action to counter this disturbing trend of Jew Hatred on college campuses with Executive Order on Combating Anti-Semitism in 2019.

The purpose of the EO is to require that the Department of Education, when reviewing whether there has been a violation of Title VI, considers an individual’s actual or perceived shared Jewish ancestry or Jewish ethnic characteristics, as “anti-Semitism” is currently defined, as part of its assessment of whether the alleged practice was motivated by anti-Semitism.

The second place that Jew Hatred runs rampant is online via social media platforms like; FaceBook, Instagram, TikTok, Snapchat and many others.  I have personally been a target of online Jew Hatred on multiple occasions.

Earlier this year, I was moderating a conversation between U.S. Deputy Special Envoy to Monitor and Combat Anti-Semitism Ellie Cohanim and Jewish high school students. At the end of the zoom meeting, a Neo-Nazi appeared on video and he lifted up his shirt to show everyone his swastika tattoo on his chest.

Recently, Facebook and Twitter have taken decisive action to ban Holocaust denial on their platforms. In announcing the change, Facebook said: “Our decision is supported by the well-documented rise in anti-Semitism globally and the alarming level of ignorance about the Holocaust, especially among young people.”

While these are welcomed actions, I fear that they are too little, too late.  However, good news is on the way!

President Trump’s administration is poised to take another unprecedented action later this week when they host the first-ever U.S. Government-Sponsored event to focus on The Troubling Rise of Online anti-Semitism. This virtual event will be led by Secretary of State Michael R. Pompeo and will feature prominent Jewish leaders like Prime Minister Benjamin Netanyahu, U.S Special Envoy to Monitor and Combat Anti-Semitism Elan Carr, Deputy Attorney General Jeffrey Rose and many more.

The event will also feature Members of the: U.S. House and Senate, UK’s Parliament and Israel’s Knesset.

The event will be held in two afternoon sessions beginning at 1:00PM EDT on October 21st and 22nd.

Individuals who are interested in joining are asked to RSVP to SEAS-RSVP@state.gov

In closing, I want to encourage all Americans to take an hour out of their day to learn more about the rise of Jew Hatred on social media. Thank you, again, to President Trump and his administration for taking bold and decisive actions to protect the Jewish community.