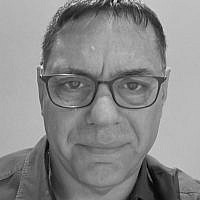 The Blogs
Amir Gissin
Apply for a Blog
Advertisement
Please note that the posts on The Blogs are contributed by third parties. The opinions, facts and any media content in them are presented solely by the authors, and neither The Times of Israel nor its partners assume any responsibility for them. Please contact us in case of abuse. In case of abuse,
Report this post. 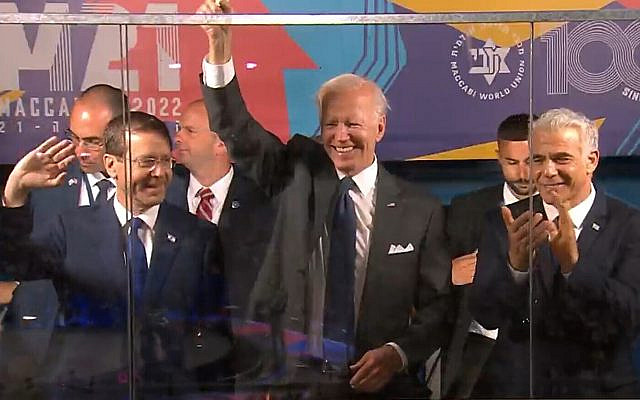 As US President Biden emerged from the stands, flanked by Israel’s president and prime minister, he greeted the flagship event of the largest Jewish gathering in the world, with athletes competing in dozens of sporting disciplines, cheered on by tens of thousands across the world. It was perhaps the ultimate recognition for the importance of this event in modern Jewish life.

It was a mark of honor for the Maccabiah, and for all the athletes who have trained so hard to represent their countries at the Games — and for this I am deeply grateful to the president and his administration.

All over the world, every day, the Maccabi World Union is engaged in projects helping young Jews — many otherwise unaffiliated with the Jewish community and other Jewish institutions — to define and strengthen their own Jewish identities. We work to help promote communal unity. We bring different groups and movements, who would otherwise find little in common, together on the sports field, united in mutual respect and understanding, united in the importance of sportsmanship. We work to help educate Jews and non-Jews of the need to stand up against racism and antisemitism in sports, and all forms of anti-Jewish hatred, whether it comes from the right or left, whether it is directed at Israel or otherwise.

But in turn, I believe the Maccabiah and the Maccabi movement have much to offer as an approach and outlook in the challenges we all face today, far beyond the Jewish community.

The need to stand up to racism is far from a thing of the past, and far from isolated to attacks on the Jewish community. However, as antisemitism is so typically a litmus test for the wellbeing of society as a whole, with the severe rise in anti-Jewish attacks even in America, which has for so long been the safest of havens for the Jewish people, Maccabiah’s proud stance against such hatred, and our use of sport to build bridges and understanding carries much importance for all.

The emphasis on a strong sense of identity and belonging, of community and responsibility, lie at the heart of social cohesion — a notion so desperately sought, and I know championed by President Biden. Again, our programs and projects serve as a model of engagement and inclusion.

The importance also of healthy living is key. At the end of the day, we are all human, and we all need to look after our body and our world. Disease – as we have all learned so starkly in the past few years – knows nothing of borders or racial discrimination.

And perhaps above all else, at a time when across society, there is a clash of identities. The very word identity has become a political term, often weaponized in public discourse, in the street, in the media and online. At the Maccabiah, identity is a positive word. We are proud of our identity as Jews, and supporters of Israel, and under the banner of sportsmanship and respect, teach and preach appreciation for others, on and off the sports field.

We do all this, for all ages, but especially the young, who face the terrible pressures of social media and society, and often find themselves unsure of their path. Through the Maccabiah, they find a sense of purpose, self-confidence, belonging, and achievement – often even breaking records. This is not just needed for the Jewish community. This – perhaps above else – is needed by all communities and we are proud to be a model of education and youth leadership.

I am deeply thankful for the president for honoring the 21st Maccabiah Games, and I hope that his visit the message of the Maccabiah will resonate far beyond our reach, and help teach the values we hold so dear to many others around the world. I am sure, for President Biden, this will be a shared mark of pride.