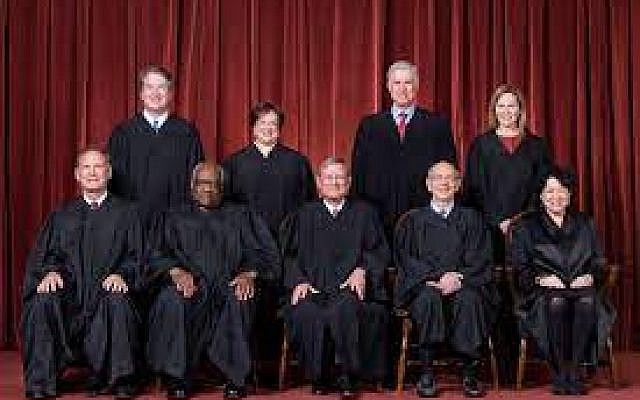 On Tuesday, Joe Biden’s Presidential Commission on the Supreme Court of the United States issued its report. https://www.whitehouse.gov/pcscotus/final-report/

The document’s release came in the wake of two consequential US Supreme Court arguments that may well advance the radical right’s agenda. Last week, Mississippi urged the justices to overturn the 48-year-old precedent, Roe v. Wade, and allow states to ban abortions, without exceptions for rape, incest and the mother’s health.  On Wednesday, parents in Maine asked the Court to require governments to pay for religious education, in the face of the First Amendment’s prohibition against the establishment of religion and the Founders’ opposition to state-compensated clergy.

The design of the commission ensured its fecklessness. The report accomplished that goal.

The president appointed the group in response to pressure that he do something about the increased partisanship and radicalization of the High Court. The change of direction resulted primarily from two actions Republicans took when in control of the US Senate. Initially, they refused even to process, let alone vote on, Merrick Garland, President Obama’s nominee to succeed Antonin Scalia. Scalia died at the beginning of an election year. Yet four years later, they rammed through confirmation of Amy Coney Barrett to succeed Ruth Bader Ginsburg, days before the 2020 election.

Scuttling President Obama’s selection turned what would have been a 5-4 moderate-to-liberal majority into a 5-4 conservative Court; rushing through Justice Barrett solidified a 6-3 right-wing bench.

This month’s Court hearings underscored the need for action. In the Mississippi case, Justice Neil Gorsuch, who, in the end, replaced Justice Scalia, argued that abortion rights have no basis in the Constitution. Judge Garland held the opposite view. Worse, Gorsuch himself had said at his confirmation hearing that he regarded Roe as “settled law,” meaning that privacy rights did exist. Justice Barrett, herself a mother, said that “safe harbor” laws allowing women to drop off unwanted babies, severing all ties, erased the harm to women of forced pregnancy. A Biden nominee would have shown empathy.

Candidate Biden expressed concern and said he would examine Court reform through a body of experts, who would have 180 days to report. On the surface, it looked as if he really meant it.

In fact, he appointed an unwieldy (34-person) commission and he included some accepting of deeply partisan views. For example, the report refused to acknowledge that the Republican chicanery around Justices Scalia and Ginsburg’s successors presented a problem. The document pointed out that some argue that the Senate should block an appointment during an election year if the president belongs to the opposite party, but should confirm days before a presidential election if the Senate and president belong to the same party. If, as the Republicans claimed in 2016, the people, ten months later, should have a voice in the appointment, all the more when the election will occur weeks after the vacancy.

This flaw affected the substance of the report as well. The US can restore the Supreme Court’s legitimacy in one of two ways. Either, for the short term, Congress can add two seats to the Court to make up for the maneuvers around the Scalia and Ginsburg vacancies. Or, for the long term, justices would rotate on a fixed schedule, giving every president at least two vacancies to fill.

Adding justices represents the easier way, though it has one practical difficulty.  Historically, Congress has changed the composition of the Court. Most notably, in the 1860s, Congress shrank the Court to prevent President Andrew Johnson, at odds with Congress over civil rights, from appointing anyone. When President Ulysses S. Grant came into office, the number rose again to its current level.

Admittedly, passing a law requires the US Senate to change its rules to allow a majority of 51, rather than a super-majority of 60, to legislate. The Senate has done so previously, on judicial nominations, for instance. President Biden has refused to throw his weight behind reform. At least he could make the effort. Perhaps, too, making the effort can have an effect on the Court. A similar scheme under Franklin D. Roosevelt brought the Court’s jurisprudence into the 20th Century.

Nevertheless, the Commission on the US Supreme Court shied away from a favorable opinion. The report said that some of the members opposed expansion because it would lead to a perception that the Court existed as a partisan institution (as if the Court does not suffer from that defect now, in the wake of the Garland-Gorsuch and Ginsburg-Barrett saga) .

On the other hand, the report commented favorably on the unattainable solution: term limits. The report said that bipartisan support existed for that approach. The decades-long tenure of modern-era Supreme Court justices derives from Article III of the US Constitution, which created lifetime appointments  and from the habit of recent presidents to appoint young people.

Change requires amending the US Constitution. Article V requires votes of two-thirds of each house of Congress and three-quarters of the states to alter the document (unlike Israel, where the Knesset can change the Basic Law at will). The process takes years and, in the 232 years of the Constitution, only 27 amendments have passed, including 10 in the Bill of Rights in 1790.

President Biden got what he wanted. Things will remain the same.