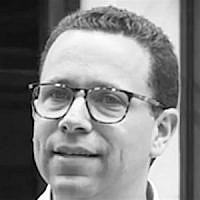 The Blogs
Monty Steckler
Apply for a Blog
Advertisement
Please note that the posts on The Blogs are contributed by third parties. The opinions, facts and any media content in them are presented solely by the authors, and neither The Times of Israel nor its partners assume any responsibility for them. Please contact us in case of abuse. In case of abuse,
Report this post.

Observing Barack Obama’s response to the Paris and San Bernadino terror attacks over the past two months, I can’t help but recall a failed condominium development in Miami Beach that caught my eye after the real estate bubble burst in 2008.  The site, consisting of a windowless, 20-story concrete shell abutted by massive mounds of dirt and a dumpster, lay completely dormant for over half a decade—that is, except for two workers who regularly rode the construction elevator affixed to the side of the building. Day after day, year after year, those workers performed the only activity on site, dutifully riding that elevator, up and down and then back up and down again.

The project’s developer was obligated to demonstrate “ongoing activity” – however flimsy said activity may be – in order to sustain his construction permit and avoid onerous penalties and eventual foreclosure. The pair of workers riding that elevator represented the developer’s last, desperate attempt to stave off the ruinous bankruptcy that by all rights appeared his due.

President Obama’s flaccid reaction to the recent terrorist attacks manifestly revealed to a world yearning for American leadership that his “lead from behind” foreign policy constitutes little more than a hulking, empty shell, with the minimum pretense necessary to keep up the appearance of substantive activity. During his press conference from Turkey three days after the Paris attack, Obama reiterated a surreal mantra: his administration is pursuing “the right strategy and we’re going to see it through.”  Not even San Bernadino can awaken this administration and its friends from their collective slumber. In the December 19th Democratic debate, Hillary Clinton – who thus far has received a relative free pass from the media for her role in Obama’s dreadful foreign policy – had the audacity to claim that the U.S. is “where we need to be” in the fight against ISIS; and she said it with a straight face to boot.  In a stunningly oblivious comment, as reported by (and then mysteriously deleted by) the NY Times, the President recently said that “he did not see enough cable television to fully appreciate the anxiety after the attacks in Paris and San Bernardino”. Clueless as to the mood of the American people and to reality in general, Obama and his feckless acolytes just continue to ride that elevator, up and down, feigning a coherent foreign policy as the world burns around them. 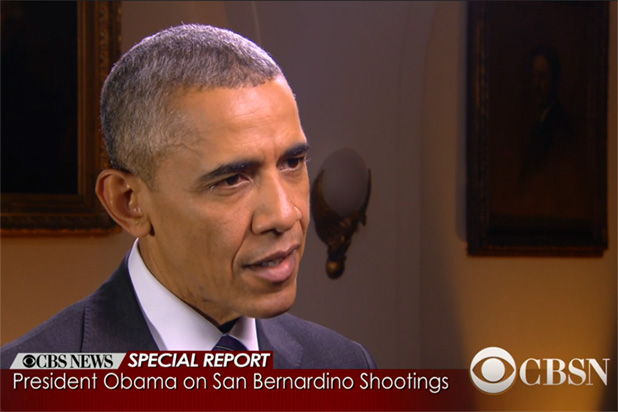 President Obama appearing on CBS News in aftermath of San Bernadino terror attack. The President later said that “he did not see enough cable television to fully appreciate the anxiety after the attacks in Paris and San Bernardino”.

ISIS?  Merely a “jayvee team.” Russian airline blown out of the sky? ISIS is “contained.” Not satisfied with the deal that paves Iran’s path to nuclear weapons and provides the world’s most prolific state sponsor of  terrorism with hundreds of billions of dollars? Then clearly you must support the “one [alternative] option — another war in the Middle East.”  Russia invades Ukraine?  Quoth Secretary of State John Kerry: “You just don’t in the 21st century behave in 19th century fashion by invading another country on completely trumped up pre-text.” Unless, of course, you do.  Mr. Kerry, next time make sure to send Vlad the memo. Terror attacks on American soil?  Random acts of workplace violence, lone wolves or just a pretext to push gun control whether or not tighter gun control laws would’ve prevented the attack, take your pick.  Unhappy with Obama’s hands-off approach to Assad’s slaughter of hundreds of thousands of innocent civilians in Syria and the millions of refugees that policy has bred? In the Obama bubble, the mere raising of security concerns in admitting tens of thousands of refugees from the most volatile region in the world is inherently racist.  Forget Assad, Putin or the Ayatollah; members of the GOP (and the odd Democrat who dares to disagree with the President; see Sen. Schumer) seem to be the only ones capable of crossing Obama’s ever-shifting red lines. 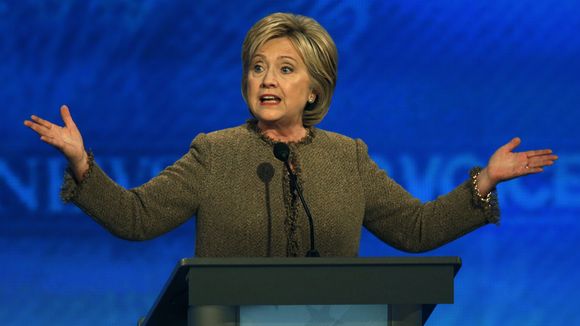 “Don’t do stupid s***” – the oft-invoked doctrine crafted by the President and his crack squad of foreign policy luminaries – represents Obama’s 21st Century version of the Maginot Line, France’s infamously useless defensive front in the Second World War. French leaders had used World War One-era theories of war in designing and constructing the Maginot fortifications, which they proudly and defiantly deemed impenetrable in advance of WWII. We all know how well that worked out.  Germany stormed France and conquered much of it in a matter of mere days. As the old adage goes, don’t bring a knife to a blitzkrieg.  The Obama agenda, with its arsenal chock full of hashtags and hubris, is hardly more prepared to combat the threats facing the world and the United States today.

Obama’s aversion to exercising American power against the Islamist threat is not a matter of mere rhetoric.  Consider: the air forces of the U.S.-led coalition flew more than 1,100 sorties a day against the enemy during Operation Desert Storm and more than 800 such sorties per day in Operation Iraqi Freedom.  Even the 1999 air campaign against Serbian forces averaged 138 sorties a day.  How many daily air strikes did Obama’s strategy to wipe out ISIS consist of prior to the Paris attack? Seven in Syria and thirteen in Iraq. And to really scare ISIS into submission, the President added a whopping 50 supporting ground troops to the effort as well.  Ladies and gentlemen, “yawn and cringe” has officially replaced “shock and awe” as America’s cri de guerre.

President Obama’s 8-year elevator ride to nowhere is all but over.  He can no longer maintain the façade.  The empty edifice is crumbling.  His permit has expired. Toothless international agreements notwithstanding, nearly everything Obama has touched overseas has morphed into a disaster.  The catastrophic vacuum created by Obama’s complete withdrawal of American forces from Iraq has fostered utter chaos in the Middle East and Western Asia, as countless military and political analysts correctly predicted it would. The disorder in Libya, Syria, Yemen, and Ukraine — among other countries — testifies to the shortsighted recklessness of Obama’s poor judgment.  Indeed, if General el-Sisi hadn’t defied Obama and kicked Mohammed Morsi to the curb, Egypt would be racked by internal chaos as well. Obama’s diplomatic agenda is officially bankrupt.  The time has come to liquidate the assets.

The aforementioned Miami condo project was eventually salvaged, as a new developer (NOTE: it happened not to be Donald Trump) purchased the site at a bargain-basement price and implemented a more sensible and market-driven business plan. Fortunately, he stepped in before the elements could eat away at the abandoned structure to an extent that the entire building would need to be torn down.  The project was successfully completed and is today a thriving hotel.  Let’s hope that November 2016 brings America a leader with a fresh direction who possesses the necessary acumen and fortitude to save it from the paralysis and disarray that Obama’s policies have unleashed.

About the Author
Monty is an attorney and real estate developer. He currently resides in New York City.
Related Topics
Related Posts
Comments