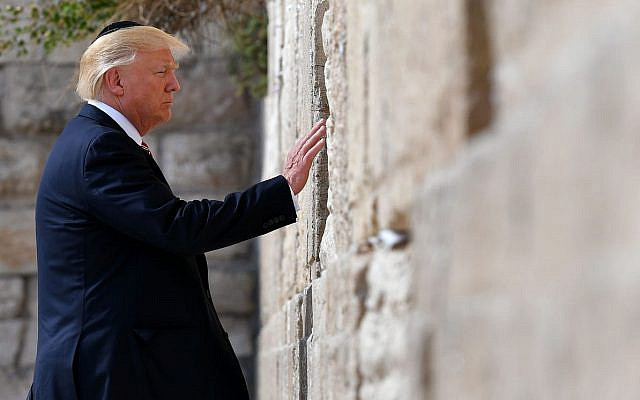 Today, Norwegian member of parliament Christian Tybring-Gjedde submitted a nomination for President Donald Trump to win the 2021 Nobel Peace Prize. The politician, who is also the Chairman of the Norwegian delegation of the NATO Parliamentary Assembly, cited Trump’s recent accomplishment of normalizing relations between Israel and the United Arab Emirates.

“For his merit, I think he has done more trying to create peace between nations than most other Peace Prize nominees,” he told Fox News.

As far as Nobel Peace Prizes go, it’s a worthy contender alongside the other 320-or-so other nominations. As far as the actions of a president in his first term, President Trump is on his way to being the most peaceful Commander-in-Chief in the last 39 years.

That is, at least on paper – we all know his Twitter behavior can be anything but peaceful. His predecessor, President Obama, was awarded a Nobel Peace Prize in 2009 for his “extraordinary efforts to strengthen international diplomacy and cooperation between peoples.”

Over the next eight years, President Obama would:

There’s enough on that resume to justify the nickname bestowed upon him by his critics: The Bomber-in-Chief. After all, he conducted more than 20,000 airstrikes in his first term and 26,000 in 2016 alone.

Even he could never explain why he received such a high honor.

If President Trump is fired from his job in November, then he will be the first president in 39 years not to start a new war or force America to engage in an international dispute. Of course, he is still overseeing operations in nations like Syria, Iraq, and Libya – but you can thank ‘no drama Obama’ for that one.

The nomination for the Nobel Peace Prize comes after the historic normalization between Israel and the Arab United Emirates – something I, my friends, and colleagues never expected to see. To think: an Israeli airplane flew directly to Dubai – immediately above Saudi Arabia – with no fear of attack. It is an unprecedented move towards peace and prosperity for the nations and the region. Already, CTech has reported on trade and travel deals expected to help both nations for generations to come.

You may challenge why President Trump would be worthy of this nomination. You might suggest it could have wider geopolitical repercussions in other nations, helping America’s adversaries like China or Russia. But all it does is discredit the Peace Prize if you refuse to acknowledge some of the heinous things that previous recipients have done.

For five years, all we’ve heard is how a President Trump would draw us all closer to a world war. We were gaslighted into believing he would press the Red Button at a moment’s notice or enrage Kim Jong-Un until we all paid a deathly prize. The truth is, we’ve seen none of that. We’ve seen normalization in contentious areas and we’ve seen withdrawals from failed interventions.

At a time where baseless accusations are coming at the president about his attitude towards fallen heroes, it’s important to recognize that some of his fiercest critics are the ones who are happy to continue these endless American conflicts at no cost to human life or suffering.

“I think I’m gonna get a Nobel Prize for a lot of things — if they gave it out fairly, which they don’t,” Trump once said at the U.N. General Assembly in New York. And yet, when it comes to his nomination do we really think he stands a chance of winning? We know those in charge won’t award it to him and so his nomination will be deemed as meaningless.

And it is a shame.