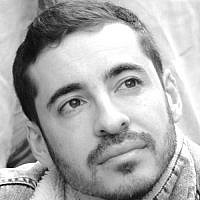 The Blogs
Shai Masot
Apply for a Blog
Please note that the posts on The Blogs are contributed by third parties. The opinions, facts and any media content in them are presented solely by the authors, and neither The Times of Israel nor its partners assume any responsibility for them. Please contact us in case of abuse. In case of abuse,
Report this post. 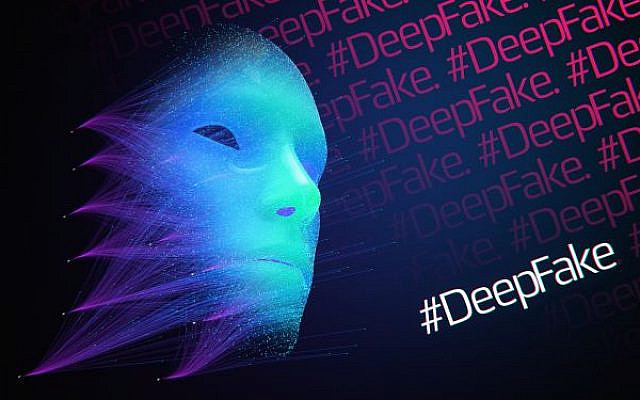 Next level microtargeting was new and intensified this year #DeepFake, Copyrights by shuttersv

Data breakdowns in the 2016 Democratic campaign and the global pandemic affected how the 2020 Presidential election campaign was delivered to the American populace. More Artificial Intelligence (AI) was used for a variety of strategies. How voters were identified, informed, and persuaded also took a big turn as social media became more important to both candidates.

Out with the polls! Traditional polling has given way to Artificial Intelligence. AI was used for predictive modeling and for coordinating immense data exchanges that allows campaigns and other political groups to organize and streamline their efforts.

This data stream is used for acquisition advertising. It allows campaigns to run direct response adds. Each presidential campaigns spent over 80% of their ad budgets on direct response ads. Each voter data file consolidates state-level voter information and has anywhere from 500-2,500 data points per person.  Every ad, email, click, and phone call will increase that number. Many of these personal details come from people who have made up their minds already about the candidate. But, Trump’s campaign app allowed for automatic Bluetooth pairing and Bluetooth beacons have been found in Trump yard signs; both allowing tracking of voter preferences and location. The messaging is then honed using extensive A/B testing (a process which tests two variants of the same web page to different segments of website visitors).

Methods of voting technologies are also on the brink of change. Some of the older hand-counted and scanned paper ballots have been used. Since the pandemic, mail-in ballots used and the scanned technologies have grown.

Next level microtargeting was new and intensified this year. Both campaigns seek to arm themselves with comprehensive views of each potential voter and are using algorithms to segment and target voters more specifically and strategically. Computer models can slice the electorate into incredibly specific target groups. Facebook allows campaigns to target small groups and individuals, Google banned microtargeting this year and Twitter banned political ads from campaigns, but Twitter does allow ads from political advocacy groups.

Since polls aren’t as successful as they once were, campaigns are turning to AI to model voter behavior. Models run continuously updated data sets. A technique called scoring is being used where a voter gets a number from 1-100 based on how likely they are to act in a certain way or on their opinion of a candidate or his/her platforms. Campaigns are using these AI generated likelihoods to inform their campaign strategies of persuading voters, leveraging dollars, or mobilization.

The pandemic also made typical campaigning and door-to-door canvassing impossible. Joe Biden made use of an influencer strategy to amplify his message. Joe Biden’s campaign was at a digital disadvantage or Donald Trump’s network of influencial conservative backers. Trump has more than 30 million Facebook followers and 85 million Twitter followers. Biden has just under 3 million FB followers and just over 9 million on Twitter. With limited time to close the gap, Biden’s campaign was forced to try something new. His campaign took advantage of the influencer movement on social media on Instagram, Facebook Lives, and YouTube. Influencers have shown they have credibility with their followers and can be powerful resources to campaigns like Biden’s who were behind the 8 ball in social media terms. The Pew Research Center showed that 54% of Americans do not think that social media platforms should be able to influence political advertisements. In addition 77% of Americans believe that data collection on social media should not be used for political targeting.  There are also bills in Congress which reflect these opinions. These bills will be addressed in 2021 potentially limiting such targeting and advertising.

Driven by the pandemic, the way voters cast their vote may be changing in the future. More voters are interested in voting via Internet or with their cell phones. There are significant problems with these voting methods. Malicious interceptors could affect the vote and there can be “denial-of-service” attacks on computer systems that receive votes. Some countries from around the world have experimented with Internet voting like Estonia.

What’s ahead will depend on how AI continues to be used in political campaigns, but it will certainly be used in the future. Social media use seems to be on the brink of restrictions that may be regulated by Congress in the new year. It still seems that social media platforms and influencers will be a trend to continue. The pandemic has forced America to reconsider how it runs a campaign and collects the vote. Many of these changes will continue into the next election cycle.