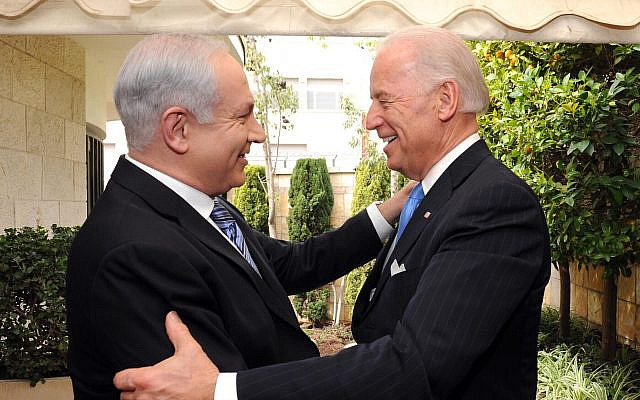 As the Biden administration begins its time in office a considerable amount of voices, from former administration officials, think tanks and advocates are sounding the familiar call to pressure Israel to reform its policies regarding Judea and Samaria (The West Bank) and its conflict with the Palestinians. After four years of being shut out of policy discussions advocates of a tough stance on Israel are hoping to regain their influence.

Recently, Ilan Goldenberg, Michael Koplow and Tamara Cofman Wittes suggested that the Biden administration needs “A New U.S. Strategy for the Israeli-Palestinian Conflict.” They suggested pressuring Israel into concessions in multiple ways; The United States should make clear that it will not shield Israel from international consequences it might face when it takes actions, such as settlement construction. The United States should also clarify to Israel that four kinds of Israeli actions will trigger a particularly strong U.S. response: (1) building or advancing plans to build in areas particularly relevant to the viability of a two-state outcome (2) transferring or expulsing Palestinians (3) constructing major new infrastructure such as roads inside the West Bank or (4) making any change to the historic status quo on the Temple Mount.

Objection to pressuring Israel has had bipartisan support as well. Members of Congress have stated, “As Palestinian terror shows no sign of abating, the President’s insistence that it is in America’s best interest to pressure Israel sends the wrong message to the region.” “While it is certainly the right of the President to state the views that he has, I think we have to be careful not to cross the line where it sounds like we are exerting the overwhelming pressure that we have at our disposal on our rather isolated ally.” “We ought not to be dictating to the Israeli people how many rooms they can have in their house or whether their particular settlement should have an additional school, or an add-on room to the school as well.”

Pressuring Israel has never produced the intended results its practitioners expected. For example, even though President Obama pressured Israel not to “add one brick,” to Jewish settlements in Judea and Samaria, Israeli Prime Minister Benjamin Netanyahu pushed a wave of construction during the Obama presidency that exceeded building during the Bush years.

There are many reasons pressuring Israel has never succeeding in earning long term Israeli concessions, nor has it brought Israel and the Palestinians any closer to ending their conflict. First, pressuring Israel would be a policy inconsistent with being an ally. As an ally America should support, not pressure Israel. Even when an American President feels Israel is making a mistake, or is contradicting American policy, it should express its disagreement to Israel privately. Friends and allies don’t pressure each other. Friends and allies tell each other the truth but support each other.

Israelis live in a siege mentality. An argument can be made that Israel has outlived the need to feel constantly under siege, but with the UN consistently biased against it, and many calling for it to be shunned or even destroyed, it is understandable why many Israelis still feel under siege. When pressured by its enemies and even more so by its friends, Israelis revert to a siege mentality and resists the pressure. Israelis have never trusted an American president who pressured Israel. Israelis polled a 90% disapproval rating of President Obama and a 90% approval rating of President Trump because Israelis felt President Obama pressured them and President Trump supported them. Prime Minister Netanyahu became a hero to the Israeli people, was constantly reelected to office, and became Israel’s longest serving Prime Minister because Israelis approved of his resisting President Obama’s pressure.

If the Biden administration wants to make progress on the Israeli-Palestinian conflict, if it wants Israel’s support in its negotiations with Iran, and if it is interested in the Israeli public’s approval, it needs to support Israel and help it become more secure, not pressure it. I hope that over the next four years we see the same President Biden that has called himself a Zionist and that said, “The strategic imperative that Israel must be able to protect its own, must be able to do it on its own, and we must always stand with Israel to be sure that can happen. And we will.”