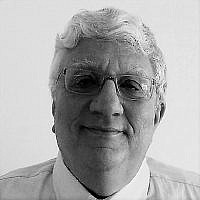 The Blogs
Jonathan Ariel
Apply for a Blog
Please note that the posts on The Blogs are contributed by third parties. The opinions, facts and any media content in them are presented solely by the authors, and neither The Times of Israel nor its partners assume any responsibility for them. Please contact us in case of abuse. In case of abuse,
Report this post. 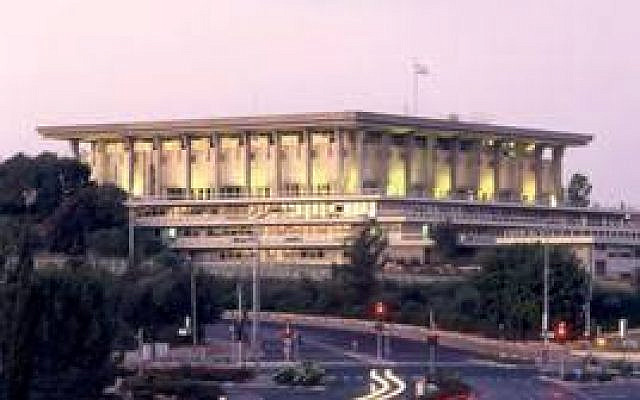 The Knesset, symbol of Israeli democracy

The law granting Israeli prime ministers the ability to remain in office after indictment is a constitutional abomination, as it fatally compromises the underlying foundations of a Westminster based parliamentary system such as ours. Democracy cannot and will not survive if parliamentary immunity is perverted into executive impunity.

In 2001 the Knesset adopted the current version of the Basic Law: The Government (Hok Yesod Hamemshala). This law was passed approximately 8 years after the Supreme Court had already made its hallmark ruling regarding Aryeh Deri and Rafael Pinhasi, which effectively prevents a minister from remain in their post after having been indicted.

The law makes a clear differentiation between a Prime Minister and other ministers, in that it specifically states that a sitting PM may continue to hold office as long as his government, in time honored parliamentary tradition, enjoys the confidence of the Knesset, even if he is under indictment, until a final verdict has been reached. Only then is he or she required to resign.

This is where the law inherently and fundamentally contradicts the most basic cornerstones of parliamentary democracy. This is because in any Westminster based parliamentary democracy such as ours, the Prime Minister is merely the head of executive branch of government, not the Head of State. A PM’s mandate does not derive directly from the people, but from parliament, which is why a government is only formed after it has received “the confidence of the House”. It is the entire cabinet that receives this vote of confidence, not the PM.  This means that the constitutional rights and privileges of the PM are not intrinsically different from those of anyone of his ministers. He or she enjoys certain executive privileges, such as the prerogative to appoint, dismiss or reassign ministers, but fundamentally a PM’s constitutional standing is no different from that of his or her ministerial colleagues.  This is because the overriding principle of a parliamentary cabinet is that of collective responsibility. The precise status of a PM relative to his cabinet colleague is “primus inter pares” – first among equals.

This is very different from the status and relationship of a President in a Presidential system. In such a system, the President is not merely head of the executive branch of government, but head of state. This is why in such systems, some form of immunity from prosecution is possible, since there is a huge difference between the state prosecuting the head of government, and the state prosecuting the Head of State.

This means that clauses 17-19 of the Basic Law: The Government, are inherently and fundamentally incompatible with the most basic and elemental aspects of the constitutional foundations of a parliamentary democracy.  The reason is that it treats the Prime Minister as if he was the Head of State, whereas the foundations of a parliamentary are rooted in the concept that the Prime Minister is not Head of State, but merely head of the executive branch of government.

In a Westminster style parliamentary system, such as has existed in Israel since its establishment, there is no immunity from arrest or indictment on criminal grounds. Parliamentary immunity, or privilege as it’s sometimes referred to, is limited to the express purpose of ensuring the right and ability of members of the House to speak freely during parliamentary proceedings, without fear of facing legal actions regarding libel and slander, contempt of court or breaching the Official Secrets Act. It also protects members from arrest, or any attempt by the police, or any other agency of the executive branch, to curtail their ability to fulfill their parliamentary duties, and to ensure they cannot be pressured, coerced or in any way prevented from carrying out any legitimate political activity.

When our lawmakers saw fit to pass a law that includes clauses that are not only a complete violation of parliamentary democracy, but actively debauch and corrupt it, they inserted a constitutional time bomb into the bedrock of our parliamentary democracy. So far, it has never been in danger of actually going off, since no Prime Minister until Netanyahu has attempted to remain in office after being indicted.

Democracy cannot exist solely on the letter of the law. It requires recognition and respect for both the letter and the spirit of the law, which includes the unwritten rules, norms and mores that are an inalienable part of democracy, and vital to its functionality.

The judiciary should be democracy’s last line of defense, engaged only after all the political defenses have failed. For this reason, the Supreme Court was correct in not deciding at this time whether Netanyahu can or cannot be eligible for a mandate to form a new government, since the political system has not yet exhausted its options.

The voters may realize that if they persist in voting in a way that, as Lincoln so aptly put it, keeps Israel a house divided against itself, it will not long stand. If they don’t, it will be up to either the Prime Minister himself, or the Knesset members to put country before party and self.

Only if neither of these possibilities come to pass, and the time bomb continues ticking, can and should the Supreme Court decide for them. What is at stake is no less than the future of Israeli democracy. Allowing Netanyahu, or for that matter any future Prime Minister to pervert parliamentary immunity into executive impunity would irredeemably debauch and ultimately subvert our democracy. This could put us on a path that leads towards Israeli democracy being replaced by a quasi-theocratic dictatorship. Given the current high levels of polarization of Israeli society, and our unfortunate historical precedents, such a scenario could end in civil war.

About the Author
Jonathan Ariel is a South African native who served as an intelligence officer with the ANC and subsequently worked with Nelson Mandela. In Israel he was News Editor of Makor Rishon, Editor-in-Chief of Ma’ariv International, and Editor-in-Chief of Jerusalem Online’s English-language website Channel 2 News.
Related Topics
Related Posts
Comments