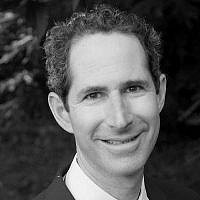 The Blogs
Ken Richmond
Boston-area Cantor, Rabbinical Student, Musician, & Yiddishist
Apply for a Blog
Please note that the posts on The Blogs are contributed by third parties. The opinions, facts and any media content in them are presented solely by the authors, and neither The Times of Israel nor its partners assume any responsibility for them. Please contact us in case of abuse. In case of abuse,
Report this post.

We transition from one book of the Torah to the next this week, at the same time as we approach the transfer of power in the US government.  While at this juncture between Genesis and Exodus we leave behind the problems, failures, and successes of the first generations of Jewish families to address the bigger issues of the budding Jewish people, many of the lessons of Genesis still apply.  Even on a bigger stage, the struggles, actions, and decisions each individual makes can be of crucial import in affecting the world around us.

As we begin the book of Exodus, a new Pharaoh, or a Pharaoh who newly disregards the relationship with the Jewish people, teaches us about the ability of one person to cause overwhelming evil and suffering.  The midrash sees Pharaoh as a demagogue, courting the favor of the Egyptians, as so many others will after him, by distortions, stoking division, and using minorities as scapegoats.  The mood and inclination of one powerful person can spread a tremendous amount of hate.

And on the positive side, we meet Moses as well, who in his formative years, feels compelled to risk everything by defending an elderly Jew against an Egyptian taskmaster.  And Moses’ survival, on which the fate of our nation turns, is only made possible by the heroic actions of five women: his mother Yocheved and sister Miriam, who you might expect to risk their lives for him; the midwives Shifra and Pua who defy Pharaoh because of their belief in a higher form of justice and morality; and the daughter of Pharaoh herself, a surprising heroine, who, through the strength of her own moral compass, knowingly disobeys her father to save and adopt baby Moses.

This was a scary and tumultuous week of perhaps Biblical proportions in the history of our nation, when we saw how distortions and false promises, which some might previously have considered harmless, can lead directly to destruction and violence.  We saw some of our leaders use their positions and power to foment divisiveness.  And we saw others, some at some personal risk and discomfort, follow the examples of Shifra, Pua, and Pharaoh’s daughter, to stand up, with their words and deeds, for what they thought was right.

May we be inspired by our ancient and modern heroes to stand up for justice and to have faith that our actions can make a difference.  I hope that we will emerge from this dark time for our nation in the direction of reconciliation and healing.  And I hope we can carry lessons with us from the transition from Genesis into Exodus, that the resilience and repentance and struggle through which our ancestors overcame familial problems in Genesis can help us overcome societal problems as well.  And I hope that rather than approaching one another like Pharaoh, with hate, and hardened hearts, and calumny, we can face the world as Moses and the heroines of Exodus did, with love, and open hearts, and audacious caring for all human beings, including the stranger.

About the Author
Ken Richmond is the Cantor at Temple Israel of Natick, MA, a teacher and student, composer and sharer of melodies, and pastor. He is studying for ordination this year at the Rabbinical School of Hebrew College. He and his wife, Rabbi Shira Shazeer, are raising their boys with Yiddish as their first language, and enjoy harmonizing with them in their family klezmer band.
Related Topics
Related Posts
Comments