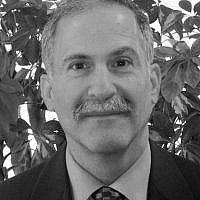 The Blogs
Robert Isler
Apply for a Blog
Please note that the posts on The Blogs are contributed by third parties. The opinions, facts and any media content in them are presented solely by the authors, and neither The Times of Israel nor its partners assume any responsibility for them. Please contact us in case of abuse. In case of abuse,
Report this post.

The email invite began with the words “Hello Progressive Jewish Friends,” the implication being that if you weren’t progressive, there probably was no need to read further.

The story behind it has been fairly well publicized and occurred just a few weeks ago. Tzipi Livni, a well-known Israeli politician, was speaking at a Harvard Law School event when a student asked her why she was “so smelly.”

This created a firestorm of protest. The student, Husam El-Qoulaq, apologized, and the above email invite from fellow students was meant to be a show of support to counter what was deemed a smear campaign against him. All well and good, except that while defending El-Qoulaq, the writers launched into an attack of their own, angered at the strong response aimed at “those who dare challenge Israel’s abuses against Palestinians.”

Often animosity toward Israel is accompanied by a disclaimer. Our problem is not with the Jewish state, but rather with Prime Minister Netanyahu and the policies of his right-wing government. Livni, the founder of Hatnuah, described as a “liberal, secular and democratic party,” clearly is not part of the Netanyahu camp — but that didn’t stop these progressive students. To make her fair game, they cited a 2009 arrest warrant against her by a British judge on allegations of war crimes committed during the Gaza campaign.

Apparently a loophole in British law allowed lawyers representing Palestinians to issue the warrant without consulting public prosecutors as to its merit. After learning of this, British Foreign Secretary David Milliband contacted Livni and other Israeli officials to explain the issue formally and to apologize on behalf of the British government, while Prime Minister Gordon Brown reassured her that she was “most welcome in Britain anytime.”

A simple Google search would have clarified the bogus charge quickly. Strange how Harvard Law’s best and brightest failed to uncover this inconvenient truth before hurling accusations. Although only 11 Harvard Law students signed the official letter that followed, the incident is indicative of how the hearts and minds of so many of our young, both Jew and non-Jew alike, are being hijacked.

And so it goes with the progressive movement. Whether or not you agree with its other positions, its anti-Israel sentiments are apparent and becoming more firmly embedded over time. With the concurrent rise of the BDS movement, a potentially toxic mix is brewing.

The progressive group Code Pink — which requires its own op-ed to fully appreciate the pervasiveness of its Zionist hatred — is an example of where this can lead. It bills itself as a “grassroots peace and social justice movement,” with Wikipedia noting that “It is primarily focused on anti-war issues, but has also taken positions on gun control, social justice, Palestinian Statehood, green jobs and health care issues.” In other words, along with four or five broad-stroke areas of focus, it rallies behind the very specific issue of the Palestinians, an agenda that takes the form of many aggressively anti-Israel activities.

The progressive movement most definitely has increased its visibility as a result of Bernie Sanders’ presidential campaign. The beliefs of many of its adherents are illustrated by a minor incident reported late last year. At a large rally at the University of Chicago, a student questioned Sanders about his Middle East views. Sanders began his reply by stating that Israel has a right to exist, then continued that he strongly favors a Palestinian state. The initial statement generated a subdued smattering of applause, while the follow-up resulted in cheering that became loud and sustained.

Think about it. If a basic “right to exist” statement, which no one would dare entertain for any other nation on earth, is regarded as controversial enough to be met with near silence, what does that say about many adherents to the progressive movement? The common retort is that being anti-Zionist doesn’t equate with being anti-Semitic, but as one writer recently noted, “In a world where there is just one Jewish State, to oppose it vehemently is to endanger Jews.”

The Democratic Party, which for years was considered more supportive of Israel than its Republican counterpart, has seen that stance steadily erode. This is due in no small measure to its progressive wing. Although bipartisan support in Congress on issues related to Israel’s security remains strong, rank-and-file support is a different story, and down the road it could lead to pressure on those seeking office to rethink their positions.

To quantify matters, during Israel’s summer 2014 operation in Gaza following Hamas’ extensive missile barrage, Pew Research Center conducted a poll that asked, “In the dispute between Israel and the Palestinians, which side do you sympathize with more — Israel or the Palestinians?” Support for Israel stood at 77 percent for conservative Republicans and 68 percent for moderates. On the Democratic side, support was 48 percent for moderates and just 39 percent for liberals, which means that 6 in 10 liberals (which can be argued are essentially the same as progressives) either supported Israel’s enemies in that conflict, or wouldn’t choose sides. An article by Jonathan Tobin in Commentary magazine last December put the blame on the Obama administration for the ascent of the hard left and predicted that “a Democratic Party that has been captured by the left will be increasingly disdainful of Israel.”

If you have any doubts about the seriousness of this issue, just turn to what is probably the largest progressive website, the Huffington Post. To its credit, the site does carry op-eds that are sympathetic toward Israel, although they are far outnumbered by those that are critical. The email responses toward the former are eye-opening. It’s not just the level of vitriol directed at Israel and its supporters, but the huge percentage of those commenting expressing such views.

According to the Merriam-Webster dictionary, “progressive” is defined as “moving forward” or “using or interested in new or modern ideas, especially in politics and education.” The irony is that such a term has been chosen by a movement that often joins ranks with backward thinkers in practicing the oldest form of hatred known to man.

About the Author
Robert Isler is a media research professional who periodically focuses his writings on double standards regarding Israel and the Jewish People.
Related Topics
Related Posts
Comments