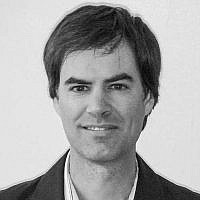 The Blogs
Michael Kogan
Apply for a Blog
Please note that the posts on The Blogs are contributed by third parties. The opinions, facts and any media content in them are presented solely by the authors, and neither The Times of Israel nor its partners assume any responsibility for them. Please contact us in case of abuse. In case of abuse,
Report this post.

With over four million Jews currently living in America, you would think that Jewish music would be popular.  While some of it is, there are still many genres of Jewish music that are not getting the popularity they should. Particularly music that is currently all the rage in Israel.

Several Jewish businessmen, alongside with Michael Kogan, have decided that enough is enough, and they have initiated a campaign to get more people to listen to the music they loves.

The campaign includes getting more music from Jewish composers, singers, bands, and musicians onto American radio stations, as well as promoting their work to TV stations and to music festivals around the country.

Michael Kogan is also organizing several music festivals of his own around the United States in the next couple of years which will showcase Jewish musicians.  The goal is to feature a variety of genres, from classical musicians that play Israeli folk music to Jewish art music or even popular Mizrahi artists.

Kogan believes once people hear the incredible depth presented by Jews from both inside and outside Israel, singers such as Omer Adam, Sarit Hadad, Ben Landa, Eyal Golan and Shalom Hanoch, the Jewish music will become significantly more popular in America.  And, at the same time, the goal is not simply to target Jews exclusively, as he truly believes numerous others will like it also, no matter what their religion may be.

For that reason, Michael is looking at mainstream radio and TV stations to play the Jewish music he thinks is the best of the genre.
By doing so, he hopes to capture the attention of non-Jewish Americans who will start listening to the Jewish artists with whom they were previously unfamiliar.

Of course, this kind of promotion is a tremendous undertaking, especially considering this is a genre of music that is relatively unknown by the vast majority of Americans. That does not mean, however, that Kogan and his partners will not be successful in the long run.

After all, in the past Michael Kogan has promoted Jewish artists in countries around Europe and has seen great success in several markets. Israeli artists were even asked to perform at music festivals in countries like Spain, France and Germany after their songs became popular on European radio.  One can follow the current music trends in Israel to see the most popular artists, and, of course, sample their music on Spotify, YouTube and other similar websites.

About the Author
Michael Kogan has been highly active in the world of Jewish philanthropy. He has been a major participator in the real estate and technology consulting business, managing and owning various projects and properties in Philadelphia, New York, Chicago, and parts of the Midwest. Also made contributions to Chabad / Merkos 302, the America-Israeli Friendship League, the Israelite, and the CarmeiHa'ir, among others.
Related Topics
Related Posts
Comments