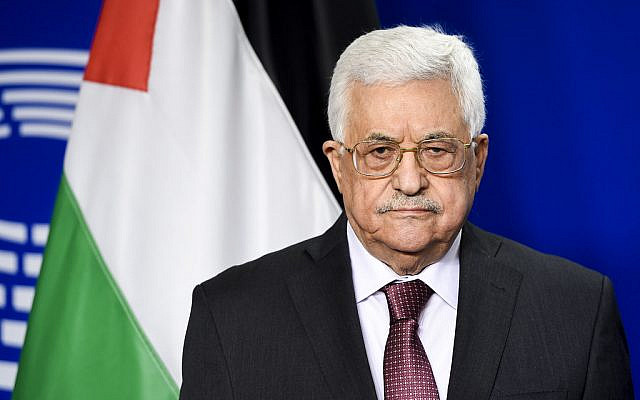 Last week I published an article on the two-state solution, its history and results, its advocates and their justifications. Multiple readers were quick to comment that I omitted a certain rationale cited by Jewish advocates for the division, the population bomb theory.

The population bomb theory suggests that there is an Arab demographic timebomb in Eretz Yisrael that, if the land is not divided, would bring an end to the Jewish state through demography and democracy process. The theory rests on three assumptions:

Assuming these all to be true, as the population bomb theory states, the only solution to save a demographically Jewish state, and therefore, any kind of Jewish and democratic state is to divide the land.

The population bomb theory was oft-argued for many years but in the past decade has faded into obscurity. Honestly, I was surprised that anyone even still believed in this theory. What once may have been a plausible theory has of late been exposed as nothing more than a  propaganda bomb, resting on falsified data, ethnic stereotypes, and situational misconceptions.

Let’s start with the first assumption; that of an Arab majority between the Mediterranean Sea and the Jordan River. As of 2019, there were 6.6 million Jews living in Israel with Israeli citizenship. The same year, the Israel Bureau of Statistics recorded 1.89 million Arabs with Israeli citizenship. Additionally, the Palestinian Authority estimated a population of 4.67 million in the West Bank and Gaza Strip. Add them up, and you get a slim Jewish majority, but practically an even split between 6.6 million Jews and 6.56 million Arabs.

Further, the PA population census estimates that have most recently yielded the 4.67 figure do not hold up to scrutiny. For one, the PA counts in the figure Arabs who have emigrated out of Eretz Yisrael and their children who were born outside of Eretz Yisrael. This is confirmed by the PA itself, the head of its statistics bureau Hasan Abu-Libdeh confirmed this practice himself after their first census, and Hassan Ilwi, the PA’s Undersecretary of the Interior, confirmed the practice of registering the children of emigrants in 2014. The PA also overestimates births and underestimates deaths with a 2006 World Bank study finding they did the former by 32%.

When accounting for the Jerusalem double-count, the marriage double-count, emigration, birth overestimation, and death underestimation, demographer Yoram Ettinger estimates 6.6 million Jews and only 5.15 million Arabs between the Mediterranean Sea and the Jordan River, a Jewish majority of 56%.

The second assumption; that Arabs would outpace Jews in the region in growth for the foreseeable future, was true at one point but has been reduced to nothing more than a hollow and false ethnic stereotype. Israel’s population growth rate has remained stable at around 2% since the end of the Soviet immigration wave. Over the same period, the PA’s growth rate has more than halved, from 4.5% in 1997 to 2% in 2017.

The Israeli birthrate, including Jewish and Arab residents, dropped consistently from 1960 until 1992, reaching a nadir of 2.7 children per woman. Since then it has risen consistently back over three. This rise has not been due to Israel’s Arab residents but in spite of them. Since the 1990s, Arab birthrights across the Middle East and North Africa have been consistently dropping while Jewish birthrates have been consistently rising. In 2019, following nearly three decades of these continued trends, the Jewish birthrate surpassed the Arab birthrate among Israeli citizens and residents. This trend is poised to only increase, with the growing demographics of the Haredim garnering a birthrate of seven and the national-religious four children per woman.

Israel’s Jewish birthrate is set to overtake the birthrate of Gaza and West Bank residents over this decade or the next, a figure which has nearly halved from 6.72 in 1990 to 3.56 in 2019. Factor in immigration, which has seen the aforementioned trend of Arab emigration and an emerging wave of Olim from North America, the security of Jewish demographics in Eretz Yisrael looks even stronger.

Finally, the third assumption; that all Arabs in the West Bank and Gaza will receive citizenship. Such a move would be unprecedented for Israel and the world. Neither when Israel applied sovereignty to a united Jerusalem in 1980 nor the Golan Heights in 1981 was a blanket citizenship program employed. These areas were simply moved from IDF to state jurisdiction with its residents getting legal residence and a voluntary path to citizenship.

Any integration of the West Bank or Gaza Strip into Israel would necessarily be preceded by a military reoccupation of these areas. During this time, Arabs who want to fight would get their chance. Ultimately, they will be arrested or exiled, as was done by Jordan against the PLO in 1971, Israel against the PLO in Lebanon in 1982, Jordan against Hamas in 1999, etc. Going forward, groups that incite against the state would be banned, as is the case with Israel’s Arab neighbors and the Muslim Brotherhood.

After this period of liberation, the Arabs remaining, those who did not participate in armed conflict against Israeli sovereignty, would receive a blanket temporary legal residence and, ultimately, the choice between peace and relocation. Arabs who do not want to live in a Jewish state would receive financial compensation as a sign of goodwill. Arabs interested in making peace would receive citizenship. The expansion of the requirement of IDF or national service to all citizens, regardless of origin or background, is a necessary prerequisite to this integration to presuppose the privileges of citizenship with its duties equally for all citizens.

There is no telling how many Arabs would select each option, but it should be noted in the four decades since the application of sovereignty to Jerusalem only around 5% of Arab residents opted to receive Israeli citizenship. In the Golan Heights, this figure is even lower. However, this is with no ultimatum, but also no requirement for service.

Where the three assumptions of the population bomb stood three truths should be clear:

With this in mind, the fear that only a division of Eretz Yisrael will save Israel from a demographic disaster should subside. PA propaganda has embellished that issue, Jewish life is negating that issue, and any integration plan would eliminate that issue. Yes, time is on our side, but it is incumbent on us to act as soon as possible, to fulfill our duty to the land and its inhabitants.