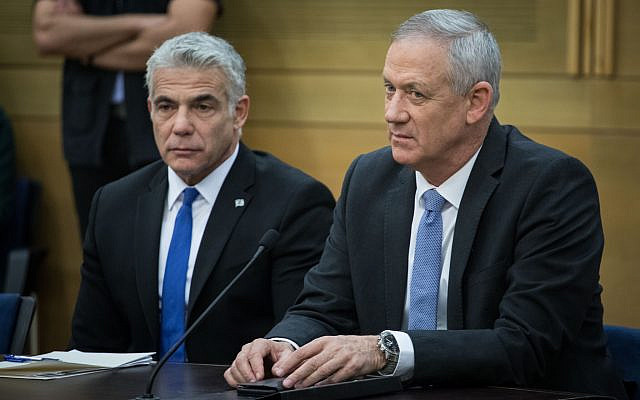 The “two-state solution” is truly the syphilis of the Middle East. It has come and gone over the past century leaving ugly sores, rashes of disorder and instability, and structural damage to the region with every flare-up. Clearly, the penicillin of repeated failure has not yet succeeded in curing our disease, as evidenced by the recent Negev Summit.

The Negev Summit was supposed to be a policy roundtable of Abraham-Accord member states to discuss regional developments regarding the continued rise of Iran and the fall of American global leadership. Instead, US Sec. of State Anthony Blinken, Defense Minister Benny Gantz, and Foreign Minister Yair Lapid reoriented the conference into a glaring ulcer, a self-flagellating promotion of Palestinian statehood.

Now, in the midst of the region’s latest breakout, seems like the best time to really explore the idea of dividing Eretz Yisrael between two states: its history, advocates, and results.

First, it is important to underscore how neither Jews nor Arabs ever wanted to split Eretz Yisrael into two states. Arab entities were offered and rejected an Arab state in parts of Eretz Yisrael no less than eight times from the 1936 Peele Commission to the 2000 Camp David Accords and engaged in no fewer than six wars in the explicit goal of uniting Eretz Yisrael under its rule from the 1936-1939 Arab Revolt to the Second Intifada in the early 2000s.

This is not to mention the two times Eretz Yisrael was effectively split into distinct states; the 1921 Cairo Conference and the 2005 Gaza Surrender. The former saw the British Crown split their Mandotry Palestine along the Jordan River, installing the Hashemites and forbidding Jewish existence on the East Bank, creating what would become the Kingdom of Jordan. The latter saw PM Ariel Sharon do the same to his own people in the Gaza Strip, removing IDF presence and expelling nearly 10,000 Jews from the area, creating a de facto Palestinian state there for the PA, and later Hamas. In both cases, the Arabs explicitly wanted the whole loaf and were willing to passively accept a slice before immediately demanding the rest.

Jews too do not and never wanted to split Eretz Yisrael into multiple states. The Cairo Conference was the entire basis of Revisionist Zionism, the movement to force Britain to revise the Balfour Declaration to include the East Bank in a future Jewish state. When David Ben-Gurion accepted partitions in the 1936 Peele Commission, the 1939 London Conference, the 1946 Anglo-American Committee, and the 1947 UN Partition Plan he did so specifically and exclusively as an expression of goodwill. Ben-Gurion did this without popular support, suspending Assembly elections between 1931 and 1944 and pushing his opponents, particularly the Revisionists, out of Zionist establishment bodies.

Ben-Gurion’s aspirations for a united Eretz Yisrael were exposed by the state’s establishment, purposely excluding any mention of specific borders for Israel in the Declaration of Independence or after in order not to betray that aspiration. Ben-Gurion famously mourned his cabinet’s rejection of his proposal to unite Jerusalem and the West Bank under Israel in 1948 as a “lament for generations.”

Even as the division of Eretz Yisrael was enacted under Menachem Begin, Yitzhak Rabin, and Ariel Sharon, the reasons given were always pragmatic; diplomacy, demography, security, etc. Even under the most two-state-friendly administrations, the pursuit of division has never been cast as ideal.

Behind every two-state plot over the last century has stood the ugly specter of Western imperialism. Since the Cairo Conference, the Western powers have sought to isolate Jews and Arabs from their national aspirations and divide them under Western-backed, cooperative governments. In this way, the West would get two rootless, unstable, dependent, Western puppet-states where they would otherwise have competition on the world stage from an independent and strong Jewish or Arab body.

Every single “two-state solution” has been suggested and facilitated by a Western power or cluster of cooperating Western powers. The Arab benefit of cooperating with these plots is to use land divisions as inroads before immediately working towards uniting the rest of Eretz Yisrael under their rule, as seen in the divisions of the Cairo Conference, the Oslo Accords, and the Gaza surrender. The Jewish benefit of cooperating was stated nakedly by Dr. Ron Pundak, one of the chief architects of the Oslo Accords:

“Peace is not the goal [of the ‘two-state solution]. It is the means of ‘Israelization’ of Israeli society instead of its ‘Judaization.’”

For Jews that have identified with the West, what postcolonial theorist Franz Fanon would call the ‘colonized bourgeois’ class, the “two-state solution” is the perfect way to isolate the Jewish people and her state from her heartland and her entwined mission to it, cutting it off from its culture and heritage, so Israel can be but another rootless, faceless, formless, grey, Western civic body.

Western cooperators like Gantz and Lapid will continue to sell out Israel and her interests to the West as long as they have the power. Further, they will even do so with the direct aid of Arab colonizers, open supporters and collaborators of Hamas, PIJ, and Hezbollah, who seek the death of Jews and the destruction of her state; Ibtisam Mara’ana, Issawi Frej, Mansour Abbas, Ayman Odeh, Sami Abu Shehadeh, just to name a few who are inexplicably allowed to serve in the Knesset in spite of their repeated incitements.

The current government, populated nearly entirely by Arab settler-colonialists and Jewish Western cooperators, must fall. This government has facilitated a terrorist wave by legitimizing Islamism and conspiring with the US to combat the nonexistent but rhetorically expedient “settler violence” instead of actual security. If it is not stopped, it may inflict Israel again with further, Western-backed land divisions.

A credit to MK Idit Silman who came to recognize this, despite her previous participation in the government, must be given. Be’ezrat Hashem, any other member of this government with some shreds of dignity and some semblance of principles not yet eroded by ill-placed loyalty and a thirst for power will soon do the same.