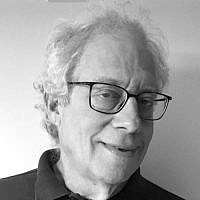 The Blogs
Harvey Temkin
Apply for a Blog
Advertisement
Please note that the posts on The Blogs are contributed by third parties. The opinions, facts and any media content in them are presented solely by the authors, and neither The Times of Israel nor its partners assume any responsibility for them. Please contact us in case of abuse. In case of abuse,
Report this post.

The coronavirus pandemic has had an enormous impact on virtually every aspect of life. This impact appears not to be a one-off thing. Rather, people generally believe that the world will never return to its pre-pandemic state. Whether the pandemic returns or not, our world has changed.

For Jews living in the diaspora, the economic consequences of the pandemic on Jewish organizations will likely be devastating. For example, the Reform and Conservative movements are moving to shutter their camps for the year, causing significant financial losses for the movements, loss of employment for those who work at the camps and, most importantly, the loss of a positive Jewish experience for our youth.

Jewish congregations are not alone in suffering devastating financial losses. Federations will also likely find a world where people’s economic post-pandemic situation may not allow them to make the generous donations they have made in the past.

Affiliation with organized religious institutions has dropped since 1970. In particular, the number of Jews who consider themselves Conservative has significantly diminished, according to the Pew Research Institute’s 2013 report (which, interestingly, also shows the percentage of Jews considering themselves Reform has dropped). While the Conservative movement still tries to find a place for itself, the reality is that most of its members are far less observant than its rabbis, and the movement really serves as a resting place for those who are less observant than the Orthodox yet more observant than the Reform. The Conservative movement faces enormous challenges as its numbers dwindle. Financially, many question the movement’s long term viability.

While its leadership is still more observant than the typical congregant, Conservative Jewish practice has, since 1970, become less strict. For example, egalitarianism is now far more accepted than it was in 1970. Female Conservative rabbis are just as likely as male conservative rabbis ro serve a congregation; in 1970, there were no female rabbis. The Corona pandemic has caused the movement to move even further left by allowing the streaming of services, under certain prescribed rules.

Meanwhile, Reform observance, when compared to 1970, has, in certain ways, become more traditional. For example, if one looks at a Reform siddur from 1970 and compares it to the current Reform siddur, one will notice how much more Hebrew is included. Whether one is Orthodox, Conservative or Reform, once a siddur contains Hebrew prayers, the prayer book begins to look increasingly traditional.

The Conservative and Reform movements have excellent camping programs which excite young Jews and encourage learning. As the Reform camps continue to stress Hebrew and education, their programs begin to look more similar to those of the Conservative Ramah camps. While material differences still exist in observance levels at the camps, issues such as kashrut are becoming less important as some Reform camps have begun to keep kosher, as noted by a 2004 Haaretz article entitled Reform Rabbis Are Going Kosher.

The Reform movement has clearly strengthened its dominance over the Conservative movement from a membership standpoint, but the spike in intermarriage rates since 1970 threatens both movements’ viability equally. The 2013 Pew Report contained alarming statistics, but, even more shocking, in the seven years since issuance of that report, some studies have shown Jewish intermarriage as high as 72%. Both movements were struggling financially pre-pandemic and the pandemic’s impact will clearly not allow continuing business as usual, as evidenced by the Reform movement’s recent 20% staff cut. The federations’ predicament is perhaps even more bleak than that of the Reform or Conservative movements. Fifty years ago, American Jews were still reveling in Israel’s amazing Six-Day War victory. Israel remained in huge need and, a mere three years later, in 1973, communities came together to raise funds needed to counter the impact of the Yom Kippur war. At the same time, the plight of Soviet Jews had come to the fore and American Jews took on the challenge of trying to free Jews trapped in the Soviet Union and resettle them, often in the United States.

While intermarriage rates have skyrocketed and synagogue and temple affiliations have dropped, the American Jewish community has over this fifty year timeframe been very successful in continuing its support for Israel and assisting with major resettlements of Russian and Ethiopian Jews. That success has, however, been a two-edged sword. As Israel has flourished over the past fifty years, its financial reliance on the American Jewish community has greatly diminished. Meanwhile, Israel’s political movement to the right and its controversial treatment of its Palestinian neighbors has caused significant portions of the American Jewish community to question their support of Israel. Today, as federations fundraise, giving to Israel is viewed as more of a negative than a positive for many American Jews resulting in fewer donors than before as noted in a 2015 Times of Israel article entitled Ahead of the GA, What Jewish Federations Actually Do.

Recognizing Israel’s diminishing reliance on the American Jewish community, combined with controversial Israeli politics and policies, federations have broadened their local programming including greater emphasis on Jewish education. Federations should be commended for their efforts to adjust their roles, but nevertheless these refocused needs have failed to create the spark needed to stem the decline in their donor base.

All of these changes have resulted in Jewish communities looking far different than they did in 1970. The world looks different also. Significantly, while the technological revolution has allowed great advancements in many aspects of our lives, technology comes with a high price tag. Everyone, including Jewish communal organizations, must now invest substantial funds in technology.

From a financial perspective, the cost of living in January, 1970 stood at 37.8 while as of January, 2020, CPI stood at 257.971. A $100,000 house in 1970 would today have an average value of over $740,000. Stock market prices, as determined by the Dow Jones industrial index, averaged $753.50, while the average in 2019 had skyrocketed to well over $25,000. Clearly a dollar today is merely a fraction of what it was in 1970. These price increases have had an enormous impact on all nonprofit organizations, including Jewish ones. In an era where we see rapidly increasing intermarriage and decreasing congregational affiliation and federation donor bases, even before corona, the Jewish community faced a very challenging financial picture.

Notwithstanding the foregoing challenges, many positive and exciting things are present in Jewish life today. Jewish camps, such as those operated under the auspices of the Reform and Conservative movement, provide wonderful experiences for Jewish youth. Hebrew schools as depicted so negatively in the Coen Brothers’ movie, “A Serious Man”, have greatly improved. Jewish social service organizations throughout the country have grown tremendously and allow us now not only to meet the needs of our elderly and other needy Jews, but also provide a vehicle to help American Jews perform “tikkun olam” throughout the world.

Considering these overwhelming challenges, the major question facing American Jews today is, what can we do now to ensure that Judaism will exist and flourish fifty years from now? Fortunately, if American Jews react quickly, and forcefully, some very positive steps can be taken that will allow us to meet these challenges. My thoughts include the following:

First, the Reform (i.e., the Union of Reform Judaism) and Conservative (i.e., the newly consolidating United Synagogue of Conservative Judaism as of July 1, 2020) movements need to move quickly to merge their two organizations. Discussions are already underway between the movements as to how to advance joint programming as jointly indicated by Rick Jacobs, President of the URJ and Jacob Blumenthal, soon to be CEO of the Conservative movement, as described in a May 20, 2020 Jewish Forward article. So far, the movements’ leaders refuse to mention the word merger publicly, but I hope those discussions are going on behind the scenes.

Such a merger should not be viewed as negative in any sense. Rather, exciting new programs and opportunities should present themselves that will have their focus be providing Jews with a more meaningful spiritual experience.

Secondly, federations should have as their main focus the survival of Judaism in the United States. They should become umbrella organizations for their communities, becoming much greater sources of financial support for all community organizations, including religious institutions. Federations must remember that without synagogues and temples, their donor base will shrink greatly.

Federations will need to work with the religious movements to coordinate such an outcome. They should consider different fundraising models to reflect their new responsibilities. For example, one could envision the federation becoming the major funding arm in the community, supporting synagogues and temples, with contributors to the federation being deemed members of all religious institutions in the community. This would allow people greater choice in the type of spiritual experience that they want and hopefully get more Jews back to shule.

Thirdly, combined with steps one and two, Jewish organizations need to immediately begin coordinating joint use of their real estate assets to maximize use. The institutions can then divest themselves of unneeded buildings. Much of this real estate will likely prove valuable and with proper investment of the proceeds, endowments can be created to support Jewish communal life for many years to come.

Finally, the organizations themselves, as they consolidate and use technological advances, should be able to pare back expenses such that the focus will be on programming rather than bricks and mortar. Administrative positions and professional personnel may unfortunately have to be pared back to recognize the new reality. This, however, is a sacrifice that must be made if Jewish organizations are to financially survive post coronavirus.

The coronavirus has not created, but has certainly exacerbated, the crisis facing Judaism in America today. The tools are there, however, to address and meet the challenges. Immediate action by Jewish leaders must be taken to expeditiously map out and proceed with a plan that addresses how we can build a financial model that will enhance Jewish continuity and allow it to flourish for the next fifty years.

**I would like to thank my long-time dear friend and teacher, Rabbi Alan B. Lettofsky, for his help with this article and his continuing wise words throughout our friendship.

About the Author
I am a 67 year old retired attorney who practiced law in Madison, Wisconsin for almost 40 years. My wife and I raised 3 sons, who are now grown. One of those sons made aliyah about 10 years ago. He has blessed us with a grandson who is the most beautiful and gentle grandson that God has ever created (and I checked with my wife to confirm the accuracy of that last statement).
Related Topics
Related Posts
Comments