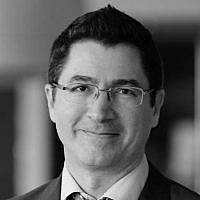 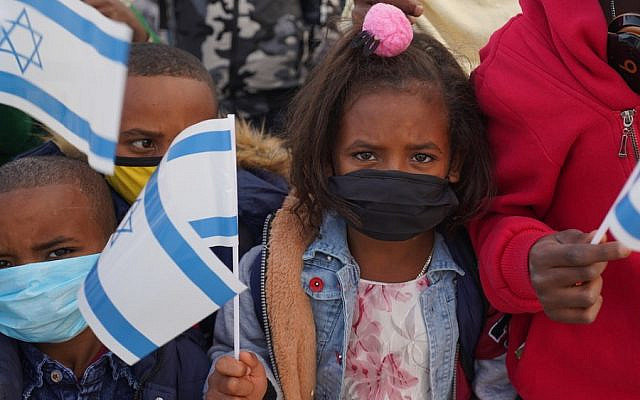 By the end of the 11-day conflict that rattled Israel this May, an estimated 4,000 rockets had been launched from the Gaza Strip towards the country. The constant whine of air raid sirens forced people to rush into bomb shelters at all hours of the day and night.

While most of the rockets were intercepted by Israel’s Iron Dome anti-missile defense system, several broke through and landed in populated areas, causing casualties among innocent civilians, including children.

Among those particularly affected by the chaos were groups of Ethiopian Jews who had recently made aliyah to Israel, many of them living in government-sponsored absorption centers for immigrants located near the Gaza border. Not yet settled into their new home state, the ominous sirens that warned of attacks from the sky were particularly traumatizing.

To assist its most vulnerable, fledgling citizens, Israel’s state fundraising institution Keren Hayesod-United Israel Alliance, in collaboration with the Jewish Agency for Israel, began moving the recently-arrived olim from absorption centers to safer locations throughout Israel, providing them with safe accommodations, mobile bomb shelters, hot meals, and educational programs for their children, even as the conflict raged on.

In support of these efforts, the Jeffrey D. Schwartz & NaTang Jewish Taiwan Cultural Association (JTCA) donated US$50,000 to Keren Hayesod-United Israel Appeal (UIA). One of many donations provided over the years by the JTCA in support of initiatives run by Keren Hayesod and the Jewish Agency, the funds were put to immediate use, providing essential resources necessary for the protection and feeding of this latest group of immigrants to Israel. 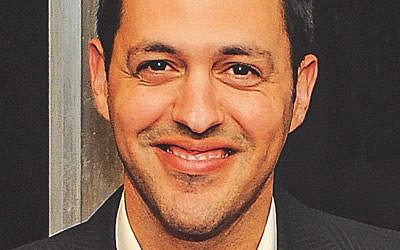 Shmulik Fried, in his long-time role as Director of the Friends of Israel at Keren Hayesod, coordinated the rapid deployment of these funds, ensuring that the recent olim were taken to safe locations and provided with the essential services they needed to start their new lives as citizens of the State of Israel.

Glenn Leibowitz, JTCA’s Director of Global Communications, recently spoke with Shmulik over Zoom to learn more about how Keren Hayesod and the Jewish Agency have helped immigrants since the earliest days of the founding of the State, and how they are coordinating a range of critical outreach programs, from helping recent olim settle into their new home country, to providing assistance to aging Holocaust survivors.

Tell us about the founding of Keren Hayesod, and especially how its mission relates to helping Jews make Aliyah?

In 1920, a group of Zionists established the Keren Hayesod fund, which in Hebrew means “Foundation Fund.” It was the main foundation created to support the establishment of the state of Israel. Funds collected were used to support aliyah, which is the Hebrew word for immigration, as well as for k’lita, the term for integration.

During World War II, some of the funds collected by Keren Hayesod were used to bring Jewish refugees who were fleeing Europe. Unfortunately, many of these boats were turned away at the Ports of Haifa and Jaffa by the British authorities. Most of these refugees who were sent back to Europe eventually perished in the Holocaust.

For a family that was born and raised abroad, making aliyah is a very difficult decision. We see it as our duty to provide all the support that we can, helping them find jobs, teaching them Hebrew, providing a place to live, helping their kids with their educational needs.

In recent years we’ve also seen a lot of children of immigrants that are considered “at risk.” Perhaps the father or mother is in prison, or the kid is doing drugs. Keren Hayesod supports 10,000 kids every year, helping at-risk children through a very special program called “Youth Futures.”

This is another program that Jeffrey D. Schwartz and the JTCA have helped through their donations over the years. Thanks to donations such as these, we can provide essential support to these children as well as their parents, helping to guide them back to a normal life and re-integrate them back into society.

Did Israel’s efforts to support new olim change during the Covid-19 pandemic?

During the pandemic in the last year, we did not stop the aliyah operation. Jews have continued to come to Israel, even when our airport was completely shut down. The only people that were allowed to enter Israel were the new immigrants. Of course, we were still very careful. We required immigrants to take coronavirus tests before they came. After they arrived, we provided hostels where they could wait out their 14-day quarantine until they were allowed to see their families.

We continued our efforts to support aliyah from all around the world, and frankly, we did not care whether they were coming from a “red” (high risk) or “green” (low risk) country. Perhaps it’s due to the traumatic memories we have of the British rejecting our families and sending them back to their deaths in Europe during World War II. This is a government decision. We won’t close the border, we’ll let the Jewish people enter our country, regardless of where they are from.

On top of dealing with the pandemic, you had to do your work during one of the worst missile attacks on Israel. What was it like for the new olim, and how did you help them through this difficult situation?

Imagine yourself as a new immigrant, a Jew who made Aliyah one or two months ago, and now you’re coming into an absorption center. It’s a huge building, and there might be one thousand people living there. But you have just two or three big bomb shelters, meaning that whenever you hear a siren, everyone is running into them at the same time, and it can be one or two hundred people sitting in a fifty-square-meter room.

One of the things that Keren Hayesod did was to bring them out of the most intense rocket zones and into safer areas of Israel. We took them to youth hostels in different places around the country where sirens were not going off, places like the Dead Sea, or Jerusalem. The families spent five days there.

Since many of the children had already missed a lot of school during the pandemic, they were even less able to attend school now with the rockets raining down on them. So we provided a series of formal and informal educational programs. Again, these were the kinds of programs that were funded by donations by Jeffrey D. Schwartz and the JTCA.

Our Christian friends from around the world also provided generous donations that were very helpful toward supporting these efforts. 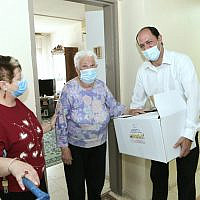 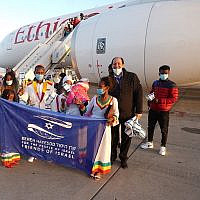 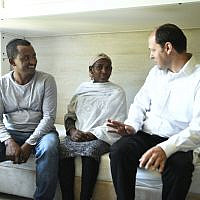 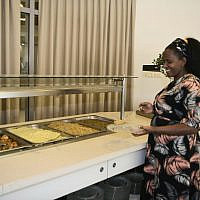 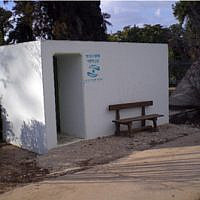 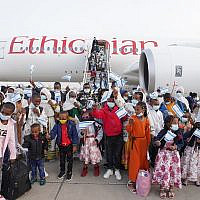 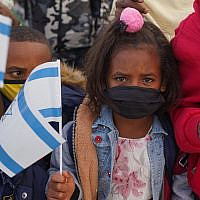 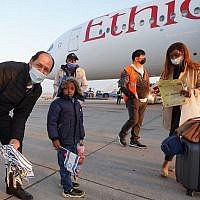 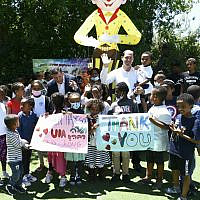 That’s very moving to hear that Christian donors have been supporting these critical initiatives. How do you reach out to them?

I’m in touch with a lot of Christians communities around the world that are helping to support Keren Hayesod projects, particularly aliyah. They feel very much identified with aliyah because it’s an area where their beliefs are consistent with ours. For them to support Keren Hayesod, to support aliyah, it’s literally fulfilling a Biblical prophecy. This is really amazing. But it’s not all about the donations: We share a common goal to support the people of Israel, and so it’s giving us the opportunity to understand each other better.

I have several Christian friends of Israel across several cities in Asia, including Taipei, Beijing, Singapore, and Hong Kong. We all study from the same Bible. And at the end of the day, while we may not agree about everything, there are many things that we do have in common. We’re very happy to work together.

Keren Hayesod is a Jewish organization, and for many years, we did not have any connections to Christian communities around the world. In the last 15 years, however, we have established very strong relationships with Christian communities and have slowly started to realize the enormous support they have for the Jewish people and the state of Israel, which is truly remarkable.

What would be your advice for Jews around the world who want to get more involved in supporting the Jewish people and the State of Israel?

You know, our sages said we lost our Second Temple, the Beit Hamikdash, because we Jews did not respect one another. I think that we need to work harder at bringing Jews to love one another.

Unfortunately, we see a growing separation among the Jews themselves, especially among those who hold different views about Judaism, and this is something we need to work toward resolving. Today you especially see the Jewish communities in America and in Israel are not working together in the way that they should. This is something that we need to address.

About the Author
Glenn Leibowitz is the Director of Global Communications for the Jeffrey D. Schwartz & Na Tang Jewish Taiwan Cultural Association (JTCA), a non-profit organization devoted to supporting the Jewish community in Taiwan and around the world. The JTCA is currently building Taiwan's first Jewish Community Center, a 22,500-square-foot complex housing the island's first synagogue, a mikveh, kosher restaurant, and classrooms for children and adults. The new Center will also feature 500 items of rare Judaica and Jewish art from Jeffrey D. Schwartz's private collection. The JTCA provides financial support for a wide range of causes, from education for underprivileged children to immigration to Israel. For more information, visit www.jtca.org.tw.
Related Topics
Related Posts
Comments