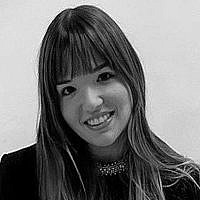 The Blogs
Noa Shamir
Apply for a Blog
Please note that the posts on The Blogs are contributed by third parties. The opinions, facts and any media content in them are presented solely by the authors, and neither The Times of Israel nor its partners assume any responsibility for them. Please contact us in case of abuse. In case of abuse,
Report this post.

On May 25, George Floyd, a US Afro-American citizen was killed by a white officer of the Minneapolis police force, who pressed his knee to Floyd’s neck, which led to his death. Several days later, on May 30, Iyad al-Hallak, a Palestinian young man with special needs from Eastern Jerusalem, was killed by an officer of the border control forces. The death of George Floyd, having been documented and widely spread on social media, ignited a wave of passionate “black lives matter” protest throughout the US, which later spread throughout the world, among blacks and whites alike. Al-Hallak’s death, on the other hand, was not documented and not followed by a similar wave of protest, neither in Israel nor abroad.

The similarities and differences between the cases were widely discussed. From an Israeli perspective, the comparison is clearly unflattering, and apparently, the differences are clear: black citizens of the US enjoy equal rights and are discriminated against based on racism that cannot be justified by other circumstances. A white police officer killing a black citizen is outright racism, the only reason for the killing being his skin color. Protest results naturally in the face of such occurrence – by every American citizen who opposes the racist culture embedded in the U.S. for centuries.

Conversely, Palestinians are not Israeli citizens, which inherently involves lesser civil rights, and it is not clear that racism is the only reason underlying the discrimination against them (as is evident in respect of Jewish Ethiopian citizens in Israel). In the killing of a Palestinian by an Israeli officer, the complex circumstances of life in Israel influence the public’s view of the event, blurring the distinction between racism and the Israeli-Palestinian conflict as the reason for it.

Reality in Israel, and in Eastern-Jerusalem in particular, is far from simple. The historical context calls for constant alertness of the defense forces, and fast identification of and response to potential threats. The painful reality and the ongoing alienation of outgroups set the ground for a “different type of racism” – which is based on never-ending fear and sense of threat, which make it hard to differentiate between truly dangerous and harmless. This racism is terrifying because it is denied, unacknowledged internally and leads to a slippery slope of inability to distinguish right from wrong.

The testimony of Varda Abu Hadid, who was with Iyad al-Hallak at the time of the event, as published by News 13, indicates without a shred of doubt that at the time he was shot, Iyad posed no threat whatsoever, thus eliminating threat, fear or “the conflict” as possible justifications for his killing, leaving nothing but racism and pure injustice.

Alas, Iyad’s death was not documented, nor was it spread over social media; furthermore, as a Palestinian he has less of a solid ground to stand on. Palestinians in Eastern-Jerusalem have no right to vote in the general elections, and very little ability to change the current situation through the use of political tools. Nor can they organize huge protests. Nevertheless, as they are the dominant workforce in certain sectors, should they decide to go on strike, significant damage will be caused economically. Moreover, a terror-attack uprising – like the Intifadas we experienced before, will far worsen the economic damage, not to mention the loss of lives.  The intersection between racism and a bloody historic context makes it very hard for Palestinians to recruit Israeli Jews to fight with them against this racist killing.

Therefore, the compassion towards George Floyd that many Israelis feel, and their resistance against racism in the circumstances of his death, is not easily applied in the case of Iyad al-Hallak, a member of our outgroup. We struggle to make the comparison and fight for his rights, remember that all humans are ultimately humans, fully and equally entitled to the right to live. This understanding has become exclusive to the political left human-right activists.

Within the complexity of the situation, it is important to stress that silence can be dangerous when it comes to such unacknowledged racism. It can easily lead to unclear distinction between good and bad. The complex context of our lives often justifies acts, and the alertness of the Israeli defense forces is vital. Nevertheless, when such context serves to justify injustice, when fear and racism result in killing, we must not look the other way and must not be silent. This must not happen. Solidarity and the ability to bridge the gaps are essential and of great political and economic importance. It requires us to be bold citizens, work hard and challenge ourselves to see “others” and be compassionate. We must be able to separate the painful history from the particular occurrence and see the “enemy” as humans, who found themselves in this conflict – just as we did, and similarly hope to survive it.

In view of the history of the relations between blacks and white in the US, the wide solidarity expressed in the current protest is  a ray of hope for us.

About the Author
Noa was born and raised in Israel. Following her service in the IDF as a psychotechnical diagnostician, Noa started her studies at IDC Herzliya studying Law and Government, where she is on the dean's list, and she takes part in the honors program the Argov Fellowship for Leadership and Diplomacy. Noa was the manager of the IDC branch of 'ProWoman' organization which strives to promote women to senior positions, and today she is head of HR for the organization. At IDC, Noa also participated in the law school's refugee rights clinic, the 'Shagi' project aimed at restoring the rips in Israeli society and was an Orientation Week mentor; In 2017 she took part in the 'Heroes for Life' humanitarian delegation to Guatemala.
Related Topics
Related Posts
Comments