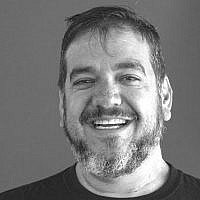 The Blogs
Saul Kaye
Apply for a Blog
Advertisement
Please note that the posts on The Blogs are contributed by third parties. The opinions, facts and any media content in them are presented solely by the authors, and neither The Times of Israel nor its partners assume any responsibility for them. Please contact us in case of abuse. In case of abuse,
Report this post. 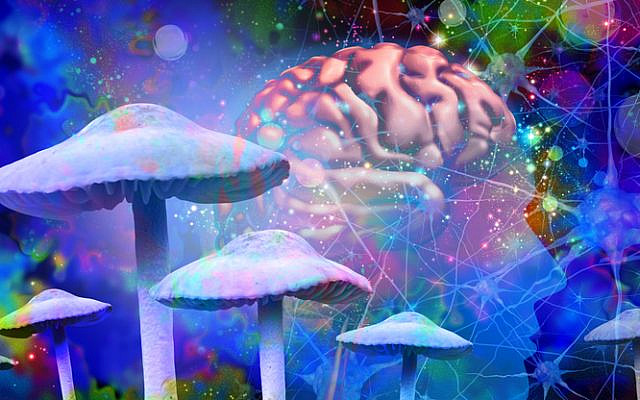 A potential exists for a therapeutic revolution in Israel.

You have probably seen Michael Pollan’s documentary on Netflix called How to change your mind, well for the past two years I have been studying the psychedelic revolution that has been unfolding in Israel and the USA. As usual, here in Israel we are ahead of the rest of the world in terms of research into the possibilities of psychedelic medicines in the treatment of PTSD, pain, addiction and suicide. With Israel having one of the highest rates of PTSD alongside an advanced cannabis agenda, there is considerable scope for exploring and exploiting the potential of these plants and molecules to improve the lives of our citizens.

Research centers in Tel Hashomer and Be`er Yaacov medical facilities have been established  and so far seven treatment centers have been selected for the MDMA (see note 1) assisted therapy trial currently being done by MAPS Israel.

But waiting for us right now is an unpracticed breakthrough treatment that is exploding in the USA (see note 2). It is called off-label use of ketamine. Ketamine is commonly prescribed as a sedative for operations and is used off label for treatment of PTSD, depression, addiction, trauma, pain, suicidality and existential dread. As ketamine is a licensed medication, it doesn’t require new FDA approvals. There is now a rare opportunity to offer immediate breakthrough treatments without waiting for psilocybin and MDMA to get approval at some undetermined future date.

As an advocate for over a decade in Israel for cannabis reform and an active participant in the current cannabis market and movement to legalize all plant medicine in Israel, I recognize the immense potential that ketamine offers immediately to patients here and now. Ketamie is a non-classical psychedelic and is generally classed as a dissociative agent and has been extensively studied as a drug that can induce altered states of consciousness.

So why isn’t this breakthrough treatment yet available? Now we have to dig into the attitude of stigma and disinformation permeating the halls of the Ministry of Health. Ketamine has a bad reputation attached to some aspects of its use, due to its global popularity as a club drug, and is commonly perceived as a horse tranquilizer (which it it – it is a very common Vetinary medication).  As a result, its use is strictly controlled because of its wide street use. S-ketamine – known commercially as Sprivato – is licensed in Israel for administration to patients with treatment-resistant depression and is expensive compared to Ketamine injections.

Overseas, ketamine is used together with psychotherapy in a new modality called ketamine-assisted psychotherapy with astounding results in all areas of mental health. In the USA, 500 centers are already operational, with ketamine clinics popping up all over the country. In Israel, there is just one! WHY???

So here’s my story. As a licensed pharmacist, I am able to submit off-label use through  a system notification protocol – known as the 29g system, I recently applied for ketamine for a patient. This patient is a 67 year old man with suicidal thoughts. Ketamine has been shown to be an effective treatment for patients with suicidal tendencies and has been shown to produce positive results in as little as 4 minutes. These results can last for months and even years.

The 29g request was rejected, after we had had to wait for over 10 working days for a response from the district pharmacist. Remember that this matter concerns a suicidal patient, so there could have been severe consequences and it’s only a matter of luck that the slow-moving wheels of burocracy in Israel didn’t cause actual harm in this case.

We know the term ‘acharei hahagim’ as an excuse for being slow. But patients needing urgent treatment are not simply able to turn off their needs to suit the mechanisms of government. It’s time for the whole structure of granting access to these revolutionary treatments to be streamlined to match their effectiveness and safety. It’s time for the Ministry of Health to come on board and promote ketamine as a drug for today and not to use the excuse of slow bureaucracy to withhold it from patients in need.

If you are a Doctor or Therapist and you are interested in learning more about Ketamine Assisted Psychotherapy we are training 36 mental health professionals in Israel’s first ever ketamine training retreat run by the legendary pioneer Dr Phil Wolfson and Dr Mark Braunstein.

About the Author
Saul Kaye is global influencer in the cannabis industry and in the Psychedelics revolution. A pharmacist by training, Saul is a serial entrepreneur and manages multiple retail and online pharmacy stores with global distribution and has founded and operates a number of other businesses. Saul is passionate about legalization of all plants and reform of current drug policy. Saul educates and helps to train doctors and therapists in Ketamine assisted psychotherapy and psychedelic enhanced therapy a breakthrough modality for the treatment of mental health disorders.
Related Topics
Related Posts