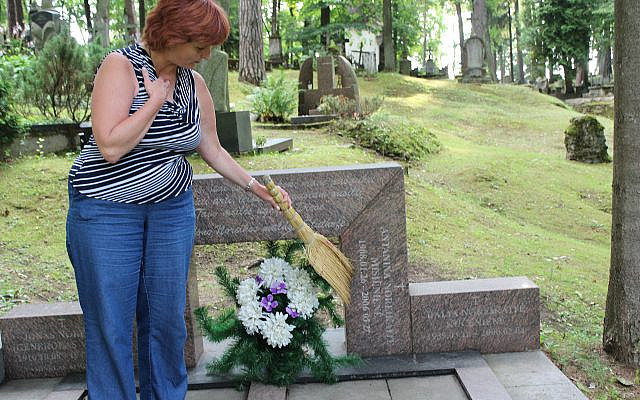 After decades of research, I now believe my grandmother knew what her husband was doing to help murder Jews in Lithuania–not all the details perhaps, but certainly the big picture. I don’t think my mother consciously knew, yet I couldn’t help but wonder how she was affected by this secret as her mother raised her. 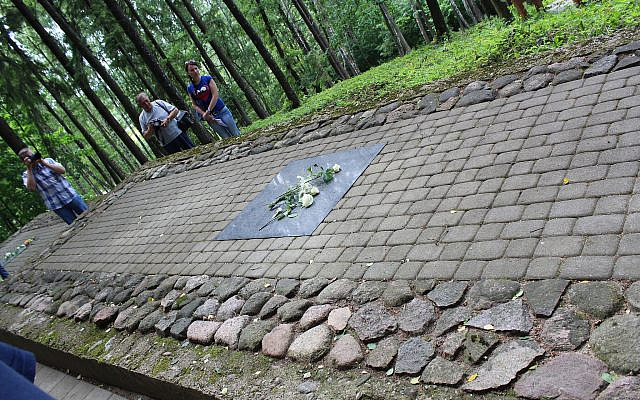 I thought I would talk to a real PhD in Psychology to get her expertise on the psychological trauma of having an ancestor who was a Holocaust perpetrator.  While it is probably true that any trained psychologist could speak to this, I thought it would be even more thought-provoking to find a psychologist who comes from a family of Holocaust survivors.

Marylin Kingston, PhD, is a psychologist for the past 22 years from Sherman Oaks, California. As an executive coach for businesses, she focuses on helping clients thrive in the workplace. Her parents and paternal grandmother are Holocaust survivors from the city of Lodz, Poland. Her mother, Cesia Kingston, survived the Lodz Ghetto, Auschwitz and Stutthof. Dr. Kingston is the former vice president of the International Network of Adult Children of Jewish Holocaust Survivors, as well as the former president of Second Generation in Los Angeles. 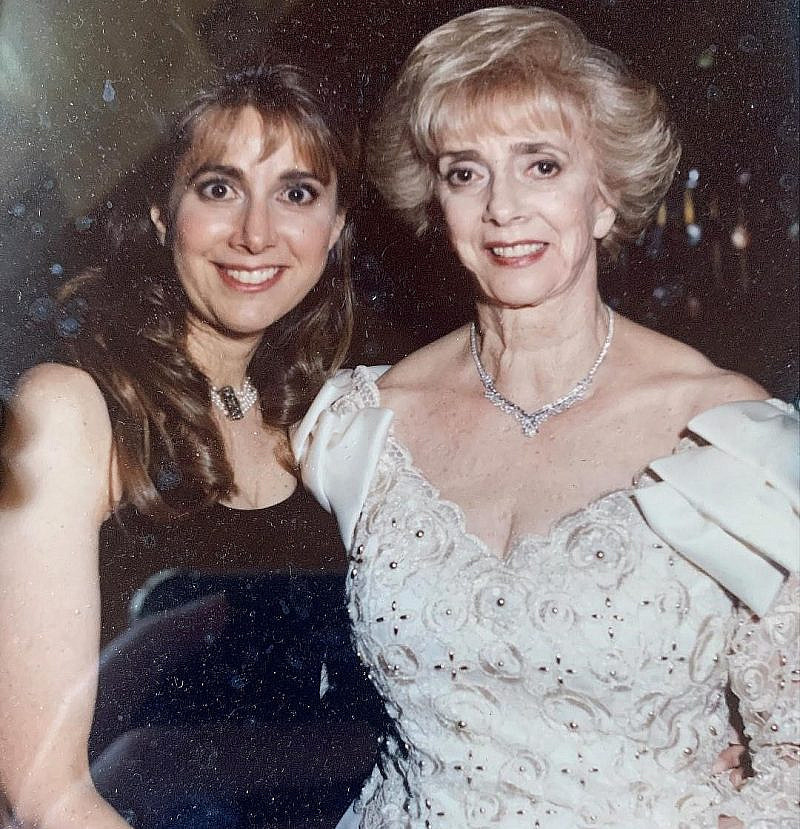 Dr. Kingston and her mother Cecia Kingston in Los Angeles, 1994

Born in Los Angeles, Dr. Kingston grew up on her family’s Holocaust survival stories, many from her grandmother, Sura Kingston, with whom she shared a bedroom for her first twelve years. Her parents were among the first founders of the Lodzer Organization.  Her father served several terms as the vice president and her mother served two terms as president.  Cesia Kingston spent many years talking to school groups, church and synagogue organizations and was a prominent speaker representing the Anti-Defamation League on behalf of Holocaust survivors. Dr. Kingston’s grandmother lost four children and four grandchildren during the Holocaust. 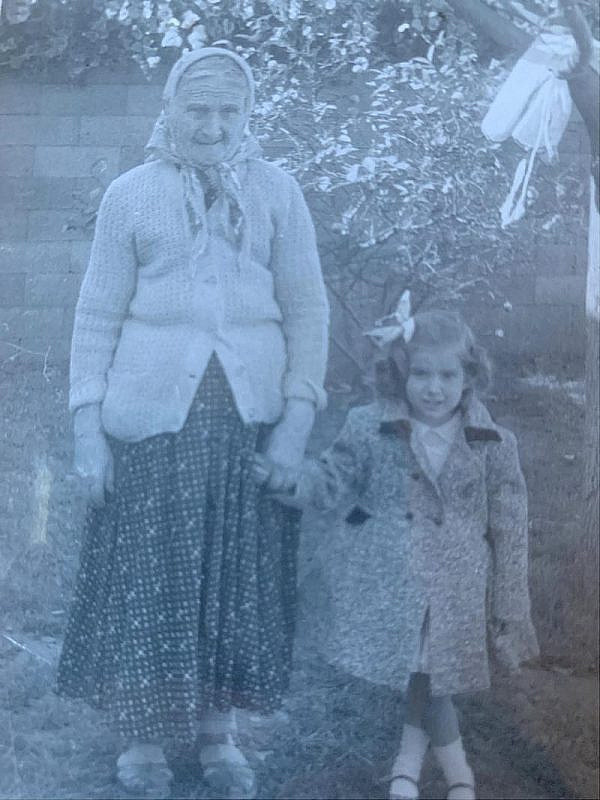 Dr. Kingston and her grandmother in the 1960s, Los Angeles

Years after I discovered the truth about my grandfather Jonas Noreika, I thought it would be a simple matter of informing other Lithuanians of what really happened during WWII.  There was so much evidence—orders he signed, witnesses who saw him give orders to murder Jews, the high post that he held during the Nazi occupation, and the entire context of his governance during the Holocaust in Lithuania.

What I discovered, however, when I opened that storm door that had been sealed for so many generations, was that no matter how much evidence there was, many, if not most, Lithuanians did not want to look into the darkness. Instead, they went into denial. 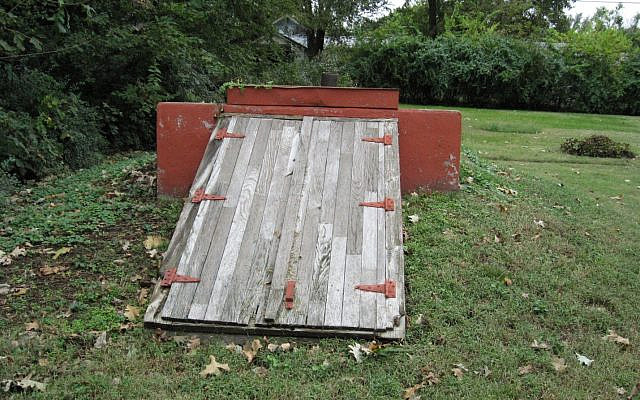 The Storm Door blog: Portal into the life and times of Jonas Noreika, aka General Storm, photo by Virginia Allain

That was when I speculated that my grandfather’s story was not a matter of simple history, but more a matter of complex psychology on a nationwide scale.

Perpetrators had to go into denial

Those who killed Jews had to go into denial that Jews were human, said Dr. Kingston. The propaganda was so strong, that those who did the killing believed Jews were subhuman–vermin. Jews were not viewed as innocent civilians. Lithuanians were convinced psychologically that Jews were taking their jobs, running their banks, running their country, and destroying their future.

Descendants of perpetrators had to go into denial

Four generations later, in places like Lithuania, where the propaganda against Jews had been so strong, the denial persists, but now the denial is against the idea that Lithuanians played any part in killing Jews, said Dr. Kingston. It’s not easy to admit that ancestral family members were culpable. The national Zeitgeist is that so many Lithuanians were heroes, so the nation has repressed its guilt, believing it wasn’t their fault. They bought into their own innocence in killing Jews because that is a much easier way to live.

Descendants of perpetrators had to rationalize

When I was the vice president of Second Generation LA, the Goethe Institute hosted a group of whose family members were perpetrators and invited us to join, said Dr. Kingston. We received many apologies from the second and third generations of perpetrators. We were earnest in telling them you are not responsible for the sins of your parents, yet being cordial was overwhelmingly difficult. I found myself wondering what heinous crimes their grandfathers and fathers had committed.  Were they the ones who killed my grandparents, cousins, aunts and uncles?

Secrets in a family are bad, no matter how you look at it, said Dr. Kingston. If you have an intense secret like that, it manifests in people living a lie, which causes depression, anger, anxiety, addiction, and frustration. Anytime you live with a big secret like that, it shows up—not necessarily the secret, but certainly the pain.  Anybody holding onto those secrets and raising children will pass on the pain. It may be difficult to pinpoint exactly how harboring a family secret affects the next generation, but often the children can grow up with depression, anxiety, and a high suicidal rate. They will not recognize that the secret is the source.

Why do people engage in denial?

Denial makes life easier, said Dr. Kingston. They do not have to admit who they really are and what they really know. Denial can be one of the most effective defense mechanisms.  Your grandmother, the wife of Jonas Noreika, had to contend with the myth of her husband as a hero. Maybe she would have come clean, or at least thought about it, if she did not have to contend with his hero status. She gained status by his status and that was much more pleasant than admitting the truth.  So she held true to the myth and clung to denial because it was easier and provided her with an elevated status. Your grandmother did not want the world to know the truth—it would produce only pain for her. 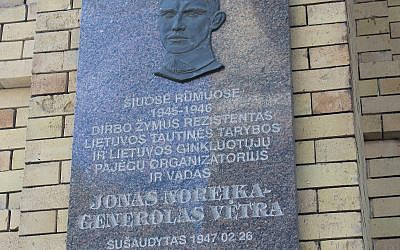 Who knows? It’s nice to think he was a hero, nice to be attached to a good name, said Dr. Kingston. It’s much more painful to be attached to someone responsible for the murder of thousands of innocent people.  But in order to allow herself to be attached to that she had to go into denial. Your grandmother didn’t want the world to know what she knew.

To get past the denial, someone must do much reflection and be willing to accept the truth regardless of the pain it brings, said Dr. Kingston. Your grandmother may have not had the psychological energy to work through her denial.  I assume that she thought, “It is an old story, why change it now? What good could it possibly do?”

That is true. In my own case, my motivation was to write a book on my grandfather, a mission bestowed upon me by my mother. I started going to therapy so many years ago because of other problems, but eventually touched on “The Book.” I don’t think I could have gotten as far with this book if I hadn’t been speaking about its painful issues and how they affected me with a trained psychologist.

I would love to write a few more blogs on this subject and talk to other psychologists, but I am having trouble finding more experts on this subject. If you know anyone willing to discuss this further with me, please send me an email to lotusink@att.net