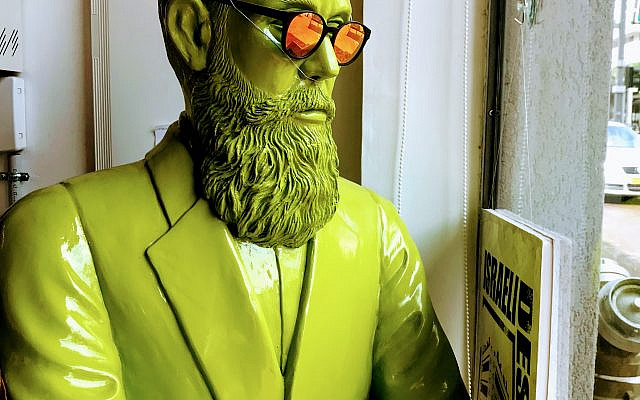 We are in the three weeks of mourning before Tisha B’Av, where we commemorate countless disasters in Jewish history: from the destruction of our first and second temples to the crushing of the Bar Kochba revolt and the fall of Betar to the expulsions from England, France, and Spain, and ultimately the approval of “The Final Solution” of the Holocaust.

The Jewish people are a nation recovering from PTSD (post traumatic stress disorder), where memories of trauma flood our national psyche and can trigger emotional (and even physical) symptoms.  Whether fear of the next “evil decree” against the Jews, to another pogrom of crazed rapists and killers rampaging through a Jewish town, or even of genocide itself, the Jewish people have known plenty of deep-seated persecution and have to deal with the accompanying fear and anxiety of being the quintessential “strangers in a strange land,” almost everywhere in the world and over a very long period of history.

I would add that whether or not there is enough empirical evidence to prove a national psychosis of PTSD, I believe that the evidence is one based not only on common sense based on the consequences of our national suffering, but also on the ongoing symptoms are known on a community, family, and individual level to way too many Jews who perhaps are forced to suffer in silence due to the perceived stigma of it.  Nevertheless, the symptoms are anchored in the aftermath of deep-rooted and vivid intra-generational trauma and endless nightmares where we as a collective still very much hear the shattering of the glass of Kristallnacht, the cries of the burning victims of the Auto-da-fé, the marching boots of the invading legions of Roman soldiers, the galloping of wild horses of the marauding Cossacks, the booming explosion of the suicide bombers in our cafes and pizzerias.

Of course, with the return of the Jewish people after 2,000 years to the modern State of Israel and the revival of a Jewish military, the Israel Defense Forces, finally we can be a free people living in our own land and able to defend ourselves with Hashem’s mercy and help.  Further with Israel a shining light unto the nations as a land of freedom, democracy, and one that respects all religions and peoples, and as a country that brings everything from new medicines to the latest technological innovations and who make the deserts bloom, we have plenty to be proud of and these clearly can help us begin the healing process.

Nevertheless, we are not out of the woods in terms of ongoing threats.  We continue to be surrounded by haters and enemies in the Middle East and plagued with recurring bouts of anti-Semitism abroad that unfortunately have been on an unfavorable trajectory again lately.  The Jewish people continue to face everything from existential threats of mass destruction from Iran to endless bigoted United Nations resolutions against Israel, hate-filled protests and drives for Boycott, Divestment, and Sanctions (BDS), synagogue shootings and anti-Semitic violence.  Unfortunately, there is still no shortage of those who ultimately seek our destruction.

PTSD is very real not only for our suffering veterans, and for individual people that have been sexually abused or experienced physical violence, but it can also be a national psychiatric disorder based on collective trauma that affects our mood, anxiety levels, and behavioral reactions to events.  Suffering from exile, persecution, and helplessness from thousands of years does not go away in a generation or even a century.  It is a long road for our national recovery where we can learn to once again live healthy and productive lives absent from the fear and anxiety of another bad Tisha B’Av.